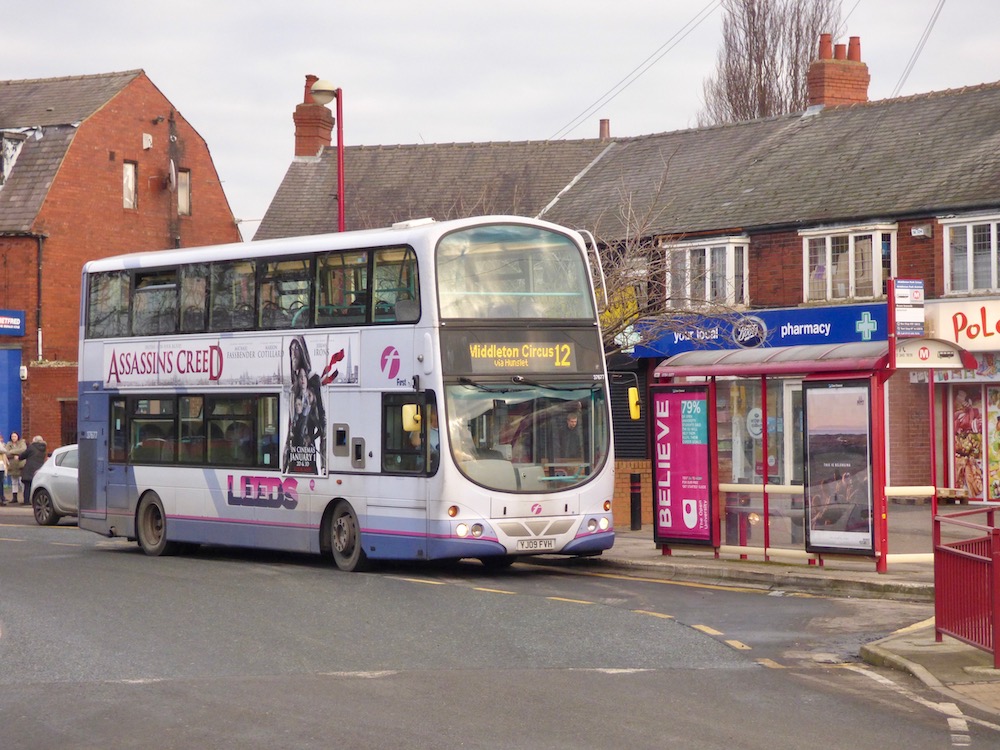 First Bus Leeds seem to be pushing their mobile tickets by making the prices cheaper than paying money for a standard ticket. They will be introducing an additional new flat rate ticket that allows the user to travel a single journey across West Yorkshire for the price of £2.00. However, this saving incentive and others are only offered to those who can afford a smart phone, or know how to use one.

This is a sore point with many people who have seen their bus services: halved in frequency or split into two separate services; missing; late; full of school children that opt out of using school bus services. The list could go on. Perhaps other South Leeds Life readers would like to add to the list.

Passengers cannot do much about the annual fare increases because First Bus appear to have a public transport monopoly. But, perhaps First Bus could do something about their mobile technology that is punishing those who do not own or can not afford a smart phone. I would hope that large organisations, such as First Bus, would have more empathy for the less fortunate.

I wonder if South Leeds Life readers, who may be effected by the fare increase and the seemingly preferential treatment toward smart phone users, think that it would be just as beneficial if First Bus were to create a top-up card, similar to the ‘MCard’. This could make it possible for both smart phone and non-smart phone owners to go paper-free and access the same fare deals. There could also be the addition of collecting frequent journey points to use towards purchasing a ticket. This kind of card would promote passenger equality and fairness. That is if First Bus want to be seen as promoting equality and fairness.