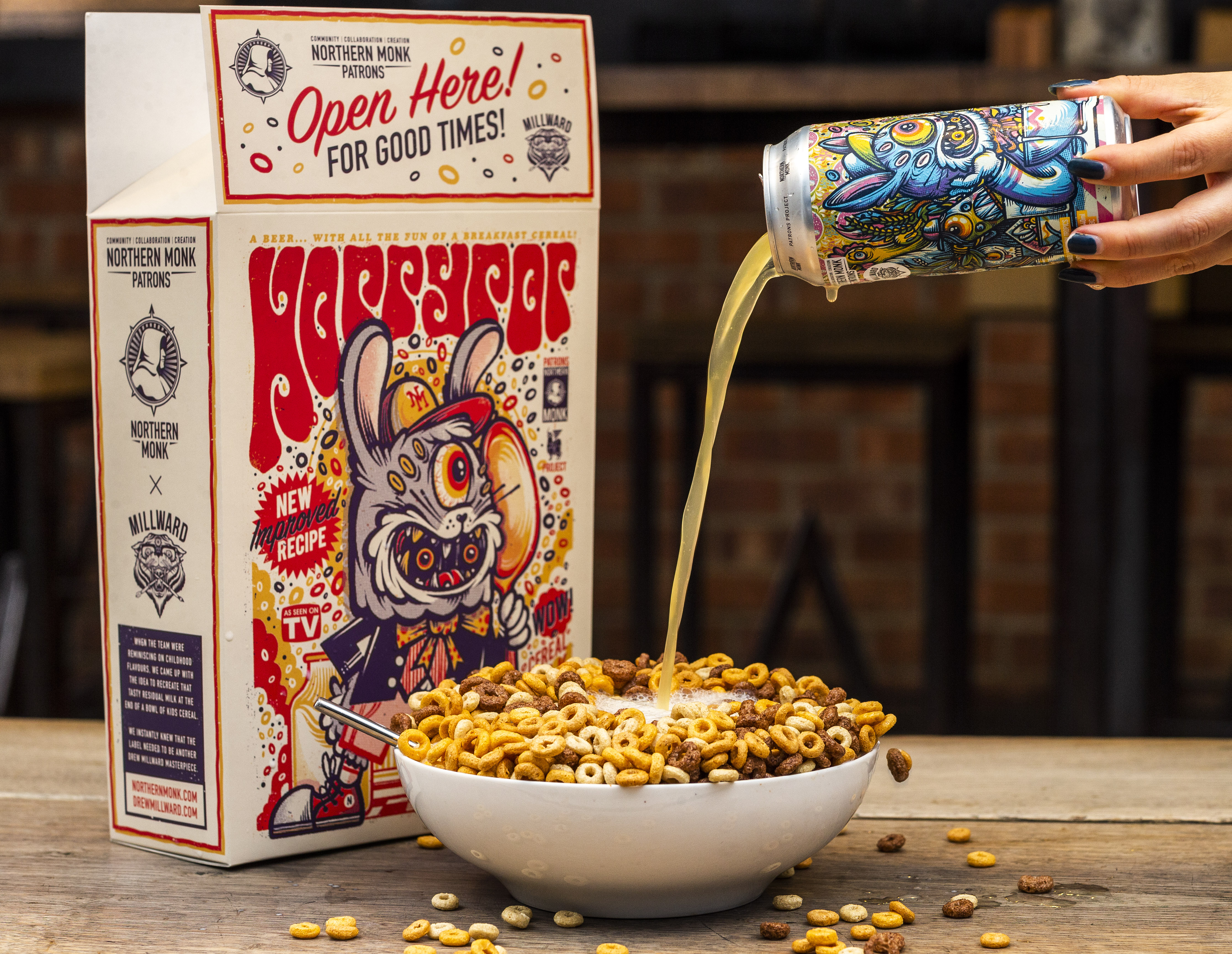 The base is loaded with flaked oats and spelt, with lactose milk sugar and vanilla for the milky flavour. The chosen hops are packed with notes of light citrus, ripe peach and berry, and are backed by Zythos, a US variety which delivers distinct notes of pineapple juice.

Buyers can also get their hands on a limited edition cereal box gift pack alongside matching glassware, prints and tees from the website.

”At Northern Monk we’re determined to create some of the best beer experiences in the world. To do this, sometimes we draw influence from outside the world of beer. Here we’ve taken one of our favourite childhood memories and re-created it in beer form. Lastly, we add Drew’s art to the mix. His playful style is the icing on the cake!”.

Northern Monk is no stranger to creative flavours and has already created a Mango Lassi IPA, Hendersons Relish Porter and a Chocolate Brownie Sundae Stout in the past.

To find out more about the Hoppypop Cereal Milk IPA or purchase related merchandise visit northern-monk-brew-co.myshopify.com/products/4-06-drew-millward-northern-tropics-cereal-milk-ipa