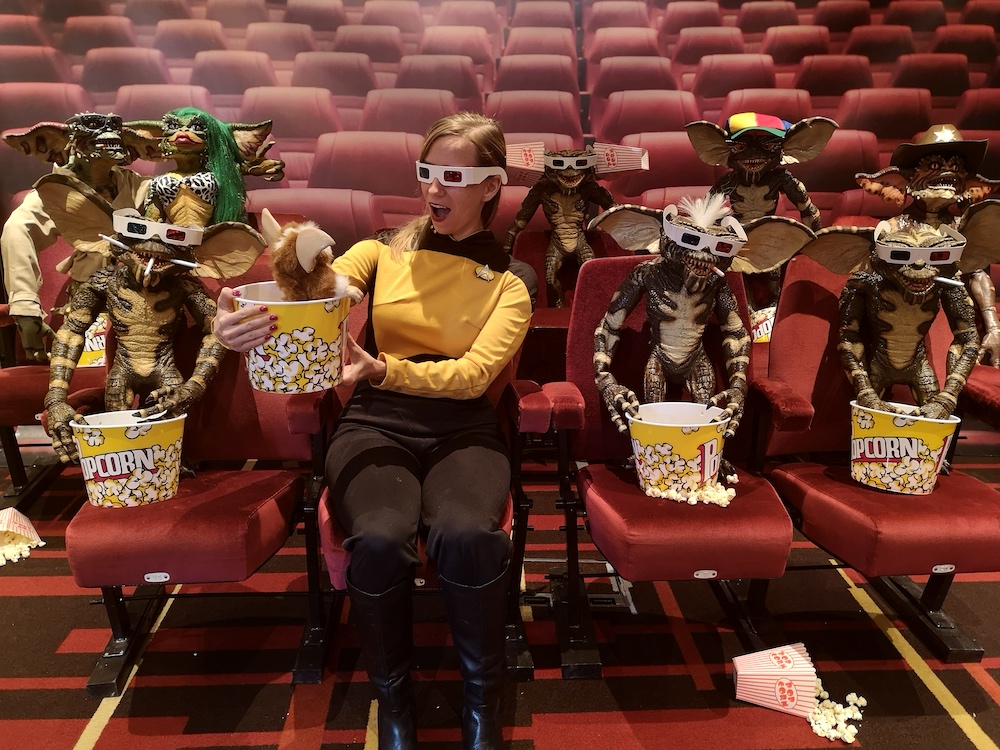 It takes a special event to bring together and engage both children and adults alike, but Unleashed Events achieved this flawlessly this weekend (20 October 2019) with their second South Leeds based Comic-Con in the Marriott Hotel on Boar Lane. Unleashed Events have been touring for five years bringing Comic-Con to an eclectic selection of locations, from Leeds, up to Whitby then along the coast to Hartlepool.

Comic-Con is a convention where all kinds of fan groups come together and celebrate movies, comic books and entire fictional universes that they enjoy. This can be anything from movies, video games and comic books to manga and cartoons. I attended dressed as a Star Trek Starfleet Lieutenant on the USS Enterprise under Picard.

The event was packed with stalls and traders, many of which have travelled a distance to come to Unleashed Events and will continue to travel to the upcoming Comic-Cons. One stall holder who perhaps holds the record had travelled a long way through time and space, selling his wares alongside a Steampunk themed stall and another that sold bows and cute accessories from Nottingham. 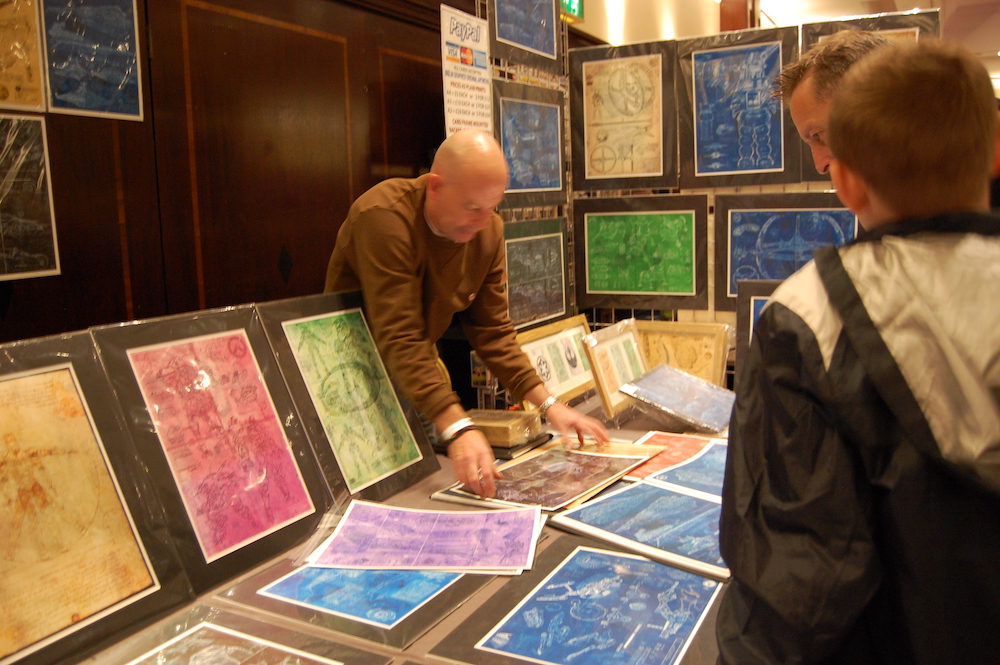 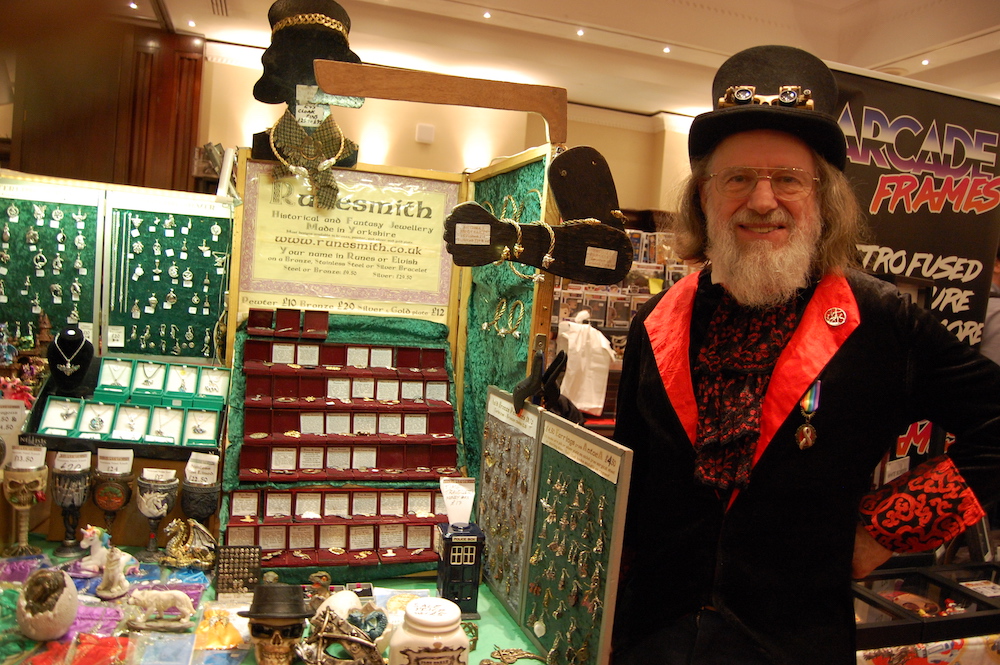 All of the traders were extremely friendly and accommodating of their customers. You can tell they genuinely enjoy the Comic-Con atmosphere and working alongside Unleashed Events selling unusual and geeky items. The geeky atmosphere was palpable as you couldn’t walk through the aisle of traders without bumping into cosplay artists. Cosplay is where you dress up as a specific character or according to a particular theme for example dressing up as Harry from Harry Potter.

Sharon Hall, organiser of the event had this to say about Comic-Con Leeds:

“As usual we had a fantastic turnout for Leeds Unleashed and it was great seeing local ‘geeks’ and families having a fun time. Unleashed Events would like to thank everyone who came along, as usual there were a lot of you! We love the venue, but we have to agree there’s just too many people coming now so we’ll have to try something different. So … Leeds Comic-Con on Sunday 14 June 2020 will be a bigger event in a bigger venue at the New Dock Hall, Royal Armouries Museum. Come along and unleash your geeky side!” 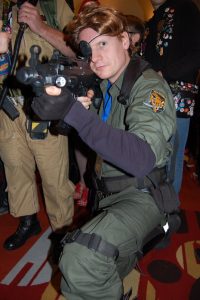 I had a few close encounters with cosplay artists ranging from pint sized Wolverine with stick on chops and tiny Links hidden under their hoods to tall strapping Halo characters in custom made fibreglass armour. Even Metal Gear 3’s Snake was sneaking through the crowds and was happy to pose for a photograph and stop for a chat. He explained that he is part of a cosplay group and would change costume a number of times that day to both showcase their skills, but also entertain guests at Comic-Con. He later reappeared dressed as Scottie from Star trek with his co-cosplayers who were dressed as the crew of the USS Enterprise and they were more than happy to snap a selfie!

Throughout the day plenty of people arrived dressed up with some of the hotel’s guests looking slightly confused as Darth Vader appeared followed by a child-sized Kylo-Ren. I caught up with one such family who had travelled from York to attend having previously been to the York based Unleashed Comic-Con. Paul, flanked by his sons Eli and Issaac, told me that they really enjoyed Comic-Con so far and that it was a great day for his sons who are both into Star Wars and especially enjoy Pokemon. Paul said that they would definitely be coming again. 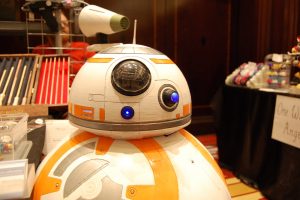 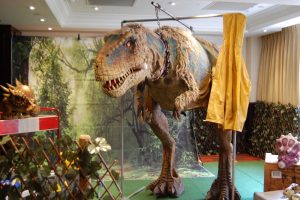 In a quiet side room there was a space for gaming and meeting a giant dinosaur who was waiting patiently for admirers to come along and dig up fossils or pose for pictures with her. The creator of the dinosaur suit explained that it weights roughly 50kg and demonstrated getting inside and moving the head which was surprisingly supple for a creator of thousands of years old! In the same room Gremlins were seated waiting to cause mischief and greet fans and many did, sitting surrounded by gremlins, surprised by Gizmo who was peeking out of a popcorn box. 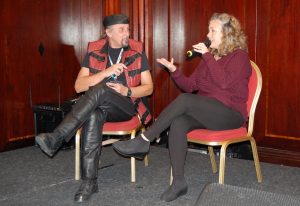 The event hosted some structured events alongside the traders and entertainment including a special Dr Who themed panel with Karen Clegg and a talk about Star Wars and much more with Russell Balogh. The stars were very welcoming and open to talk about their trade and experiences with acting, Russell commented that for him it’s not about the money it’s about being a part of something big (the Star Wars franchise). He spent time with his fans and was very open and warm in his conversations when people approached him for an autograph or photo including children and adults alike.

The event closed with a Cosplay competition which saw all of the artists split into two categories, under 14s and over 14s and then showcased as they explained why they’re dressed up and who they are. One of the hosts commented that events such as Comic-Cons make a safe space for Cosplay artists who might not otherwise have a space to share their costumes and interact with other artists. By coming to Comic-Con communities are formed and sometimes, when they come year on year, he has seen children who come to their first event as a small child eventually refining their costumes and growing with the event.