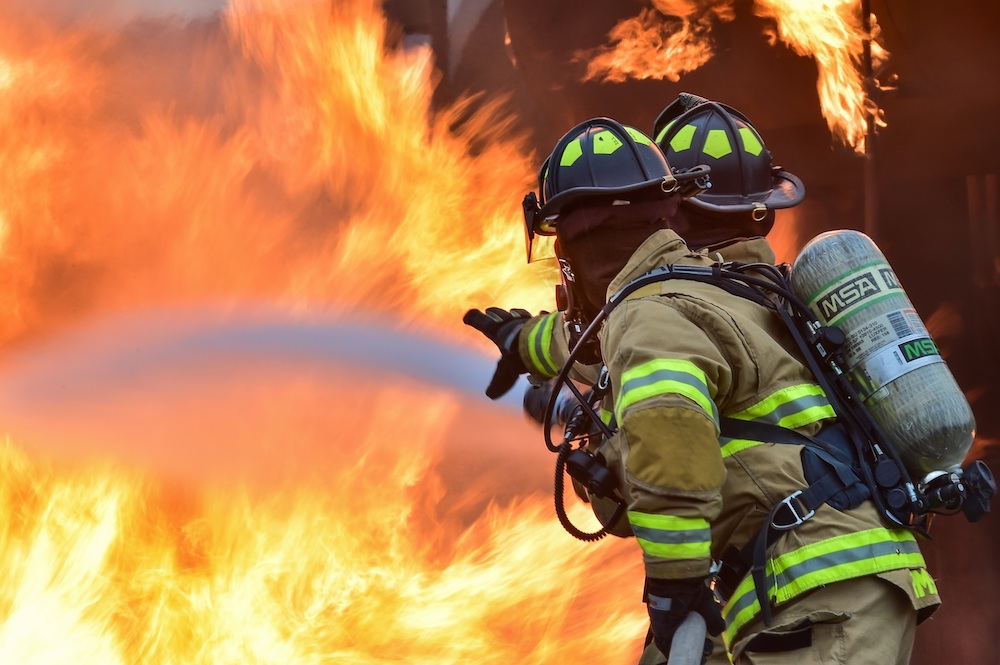 Hundreds of South Leeds residents enter 2020 facing the threat of huge ‘life-changing’ bills – tens of thousands of pounds per household – and maybe even eviction, following the news that their apartment blocks have failed key fire safety regulations.

December saw residents of several blocks in Leeds Dock (formerly Clarence Dock) and elsewhere in the city receive letters from West Yorkshire Fire and Rescue Service (WYFRS), and/or their building owners or senior leaseholders. These set out the failings of their buildings, the costly fire safety measures now necessary – and in many cases, the insistence that the leaseholders (the owners of the individual flats) would collectively foot the bill.

Residents have expressed disbelief and outrage, saying they feel “blackmailed”; others have called it a “nightmare”, saying they’re “sick with stress”; and another said they “feel trapped, at gunpoint to costs that we cannot control.”

They are getting organised via a ‘Leeds Cladding Scandal’ campaign, and linking with national groups – but for many, there is currently little hope of finding a positive way forward.

Daniel Marquina lives in Leeds Dock, and told us:

“Most of us are first-time buyers, living here, putting all our savings into the mortgage – but now we’re facing these very high costs, and it’s very worrying. I don’t understand why we (the leaseholders) have to pay, instead of the building owner. The government has to help us.”

The situation follows the Grenfell Tower tragedy in west London in June 2017, in which 72 people died. The government has since brought in rigorous new legislation covering building regulations for apartment blocks. These especially centre around a type of exterior cladding called ACM (Aluminium Composite Material) – but also cover other forms of cladding, internal building materials, and fire detection and alarm systems.

This has led to a nation-wide survey of apartment blocks, and the announcement last year of a £200m government fund to enable privately-owned buildings to replace ACM cladding. Publicly or socially owned buildings were already covered by a separate fund.

Some at-risk developments, including One Brewery Wharf and the Park Plaza, therefore have renovations underway, either via the government fund, or their own warranty schemes. But the situation for other blocks – including those at Leeds Dock – is more complex.

First, the development companies who originally built them (below the legal regulatory standard, even then) have since been dissolved – with allegations that they were ‘shell’ companies, designed to avoid future responsibilities like this. Furthermore, the blocks are over 10 years old, so fall outside of any warranties.

Some argue that the government fund is hard to access, especially when there are scores of individual leaseholders to consult. And several if not all of the Leeds Dock blocks will also need substantial internal renovations – which are not covered by the government fund.

Neither does the fund include other dangerous forms of cladding other than ACM, such as HPL (High Pressure Laminate); and nor does it include upgrades on alarm systems, nor interim costs such as ‘waking watches’ (where staff are employed on 24-hour fire detection duty). Some apartment blocks elsewhere in the UK have already had to pay £100,000s for these services and alterations, and costs look likely to spiral well above £1 million for many blocks.

These complications apparently led to a standstill – but following another cladding-related blaze in student accommodation in Bolton in November (in which thankfully no-one was injured or died), the WYFRS have lost their patience. In last month’s letter to the owners of 10 Leeds developments, Dave Walton – the deputy chief fire officer for the county – cited a “lack of action” from some building owners, insisted that “interim measures cannot go on in indefinitely” and called for “urgent action”.

The letter went on to give a deadline of 10 January, by which time building owners need to have presented credible plans to tackle the risk; if they fail to do so, WYFRS have threatened to forcibly evict all residents. Affected local blocks include: the McClure, McClintock and Crozier blocks, which together make up Franklin House, at Leeds Dock; and One Brewery Wharf (where work is already underway, and where we understand the freeholder is coordinating and funding the renovations).

Since the WYFRS letter, other Leeds Dock blocks include La Salle and Cartier House have also found themselves caught up in the crisis – with surveys there pointing to likely illegality, and a costly ‘waking watch’ also now in place. It is estimated that over 600 local households, and over 1,000 people, are affected. Nationally, it is estimated that over 400 blocks, and up to 17,000 households, are affected – although it is unclear in how many cases the financial liability is being passed to the leaseholders.

With the exception of One Brewery Wharf, locally it looks likely that all the individual leaseholders will be forced to foot the bill together – and as it stands, they have no alternative legally. Meanwhile, residents are finding their homes un-mortgageable and un-sellable, trapping those who need to move for family or work.

“Two and a half years after Grenfell, many of us are still living in extremely unsafe homes. And what’s worse, leaseholders are being told that we have to immediately find life-changing sums of money to make these buildings safe. The choice is: the safety of our families’ lives, or bankruptcy and homelessness. We had nothing to do with building these unsafe buildings, but responsibility for fixing them has been placed entirely on our shoulders. Where is the accountability for the developers, those who signed them off (including many local authorities), and those responsible for lax building regulations?”

Hilary Benn also comments on the scandal in his column here. For more info or to join the campaign, find Leeds Cladding Scandal and UK Cladding Action on Facebook (click through), or Twitter (here and here, respectively). Note that all Leeds City Council apartment blocks have been certified safe. Related to the same regulatory changes, local sustainable developers Citu have been forced to partly delay their new Climate Innovation District – next to Leeds Dock – whilst reviews are underway on the pioneering building materials and methods they’re using.

One Reply to “Residents engulfed in cladding crisis”