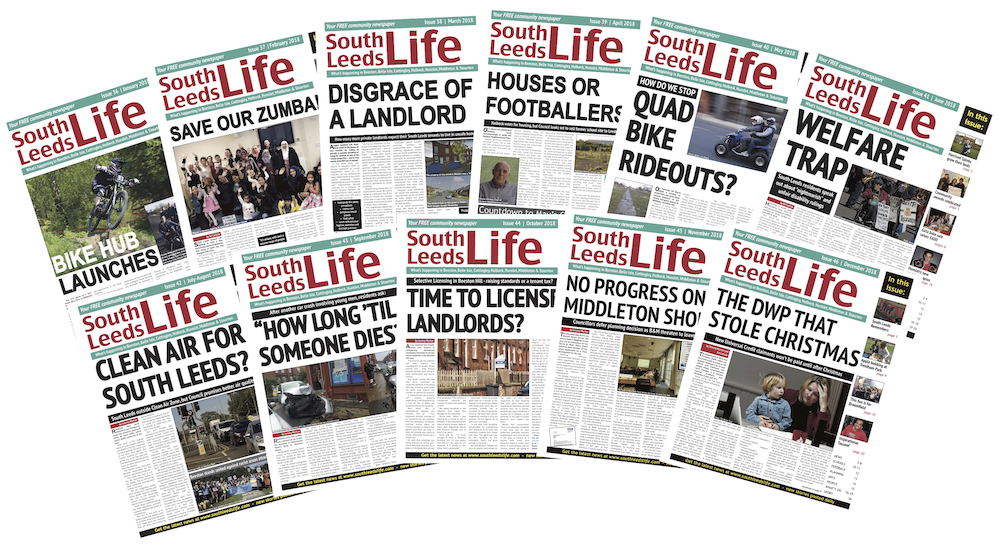 The Leeds Urban Bike Park, to give it its proper name, opened its doors a year ago. Built on the former golf course in Middleton Park and further phase was constructed through the woods and opened later in 2018. The centre has welcomed 200,000 people in its first year. Read the story here.

February:  Save Our Zumba

We reported on a very successful free fitness class at the Hamara Centre losing its funding. The class has continued but with a small charge. Read the story here.

March:  Disgrace of a landlord

The state of landlord Jack Collins’ properties in Beeston was described as “a disgrace” by a judge. He was forced to pay almost £14,000 in fines and costs. Read the story here.

Leeds City Council were discussing the sale of the former Matthew Murray School site to Leeds United, despite have recently approved a community led Neighbourhood Plan which identified the site for housing.

May:  How do we stop Quad bike rideouts

Middleton and Belle Isle have been plagued by anti-social motorbike and quad bike riders, but information from the community has led to a number of seizures by the police. Read the story here.

We reported on the problems local disabled residents were having with changes to the benefits system. Read the story here.

In July we broke the news that South Leeds was to be left out of the Clean Air Zone planned by Leeds City Council despite having the worst rates for respiratory diseases in the city. Read the story here.

September:  “How long until someone dies?”

A car crash at a junction on a residential street wrote off three cars. Luckily it caused only minor injuries to one of the drivers … this time. Read the story here.

Leeds City Council launched a consultation on mandatory licensing of all private landlords in an area of Beeston Hill. Landlords hit back calling it a tenant tax. We are still awaiting a final decision. Read the story here.

November:  No progress on Middleton shops

South Leeds Life has been reporting on the old Co-op site at Middleton since we started in 2010. In the latest twist Councillors rejected planning officers’ recommendation to refuse planning permission for a small retail park. The saga continues … Read the story here.

December:  The DWP that stole Christmas

Our second front page about how local people were suffering from the changes to benefits focused on Universal Credit and the fact that people claiming it in mid November would not receive a payment until after Christmas. Read the story here.

On behalf of everyone at South Leeds Life, I wish you all a Happy New Year. Thank you for reading.