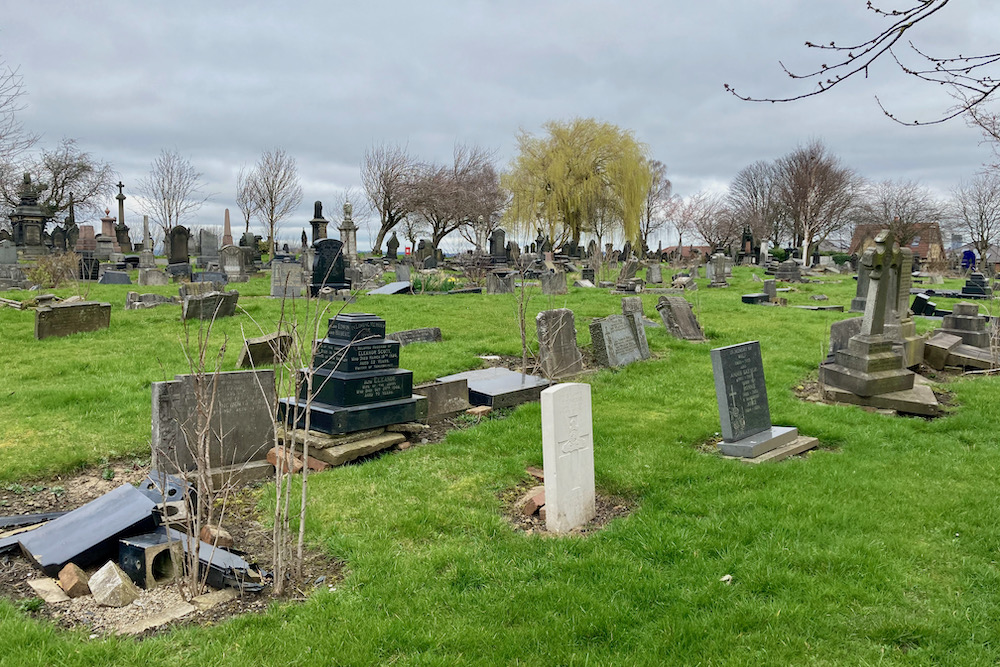 Walter Wrigglesworth, from Beeston, served as a stretcher bearer in the Leeds Pals regiment and was wounded on the first day of the Battle of the Somme on 1 July 1916. This is his story:

Walter was born in Leeds on 20 February 1895 to parents Henry (Harry) John Wigglesworth, a fish merchant, and Beatrice Gertrude Wigglesworth (née Baker). He lived at 18 & 20 Porto Street, close to where Crescent Grange and Crescent Towers now stand, off Dewsbury Road, with siblings Amy, Henry John, Doris Mary, Alfred Vernon and Benjamin Adolph. By 1917 his home address had changed to 24 Fulham Place, Beeston Hill. Walter was educated at Cockburn Secondary (High) School and the Leeds Institute. In 1911 he was training in electrical engineering although was listed as a clerk when he joined the Army in 1914 and an electrical engineer when he commissioned in 1917. Walter was reported in a local Leeds paper as ‘the old Rugby International three quarter back who played with the Thornes Club when they won the Yorkshire Challenge Cup’.

He attested in the 15th Battalion as 15/1130 Private Wigglesworth at Colsterdale on 11 January 1915 at the age of 19 years and 10 months. His religion was described as Primitive Methodist which was a major offshoot of the principal stream of Methodism – the Wesleyan Methodists – in 19th century Britain. Walter was 5’ 8” tall and 10st 3lbs in weight. He trained at Colsterdale, Ripon and Fovant before deploying to Egypt in December 1915 where he remained until moving to France in March 1916. While in Egypt he was involved in the erection of trenches and defences along the Suez Canal at Kantara, Ballah and Elfidon.

The Battalion was sent to France to prepare for the ‘Big Push’ that was due to start at the end of June 1916 although it was delayed until the beginning of July. Walter had trained as a stretcher bearer and was kept busy when the attack on the village of Serre took place at 7.30 on the morning of 1 July 1916. His most daunting task was to go to the aid of his close friend 15/1385 George Abbott, a Battalion machine gunner, who was wounded by a German shell that killed the man next to him. Walter dressed George’s wounds but also became a casualty, receiving multiple shrapnel wounds to his right arm, face and the right side of his neck (a small piece of metal remained 1½” deep in his neck). Unable to continue helping his friend he left him on a stretcher and it was some 12 hours before George was rescued. He later died of his wounds at the age of 17 and was buried at Le Treport Military Cemetery, although his parents were able to visit him in hospital before he died.

Walter was attended at the 95th Field Ambulance, then moved to the 41st Casualty Clearing Station and finally, on 3 July, repatriated to England on the hospital ship H.S. Egypt after he had received further treatment at No.2 General Hospital at Havre. On arrival back in the UK he was sent to the Lord Derby War Hospital at Warrington to recover from his wounds. He was placed on the posted strength of the West Yorkshire Regiment Depot on 5 July and then moved to the 3rd Battalion on 4 October 1916, prior to attending officer training in February 1917.

He was commissioned into the Machine Gun Corps on 28 May 1917 and later into the newly formed Tank Corps. From 1 February to 27th May 1917 he attended various courses at the Pirbright schools, a Lewis Gun course at Lulworth and qualified as a marksman at the Revolver School at Bovington.

Walter was based at the Tank Corps Depot at Worgret Camp, Wareham in September 1917. It was here that tank crews were trained, and at the end of the war the camp was used as a park for tanks returning from France. They were delivered to the camp by train, via a specially-built siding from the main railway line at the Worgret end of the camp. He also served with the 24th Tank Battalion based at Worgret Camp and appears to have remained in the UK until the end of the war.

He retired from the Army on 5 June 1919 and received the 1914-15 Star, British War Medal and Victory Medal for his war service. He relinquished his commission on 1 September 1921 although he retained the rank of Lieutenant. He had joined the Lodge of Hengist at Bournemouth in 1917 as a Freemason and was still a member in 1921. Walter married Eleanor M Hooper in 1922 at Holbeck.

Walter died at the Leeds General Infirmary on 10 March 1931, aged 36 years. His passing was reported in the Yorkshire Evening Post in which it stated that he was the ‘beloved husband of Nellie Wigglesworth of 38 Grovehall Drive and beloved son of Gertrude and the late Harry Wigglesworth’. Three days later he was buried at Holbeck cemetery.

Walter’s story was researched by David J Owen as part of Leeds Pals Volunteer Research project run by Leeds Museums and Galleries and Nidderdale Area of Outstanding Natural Beauty’s (NAONB) and was originally published on their website here.

Photo: General view of Holbeck Cemetery, we haven’t (yet) been able to identify Walter’s grave.

One Reply to “Walter Wigglesworth – Beeston man wounded at The Somme”