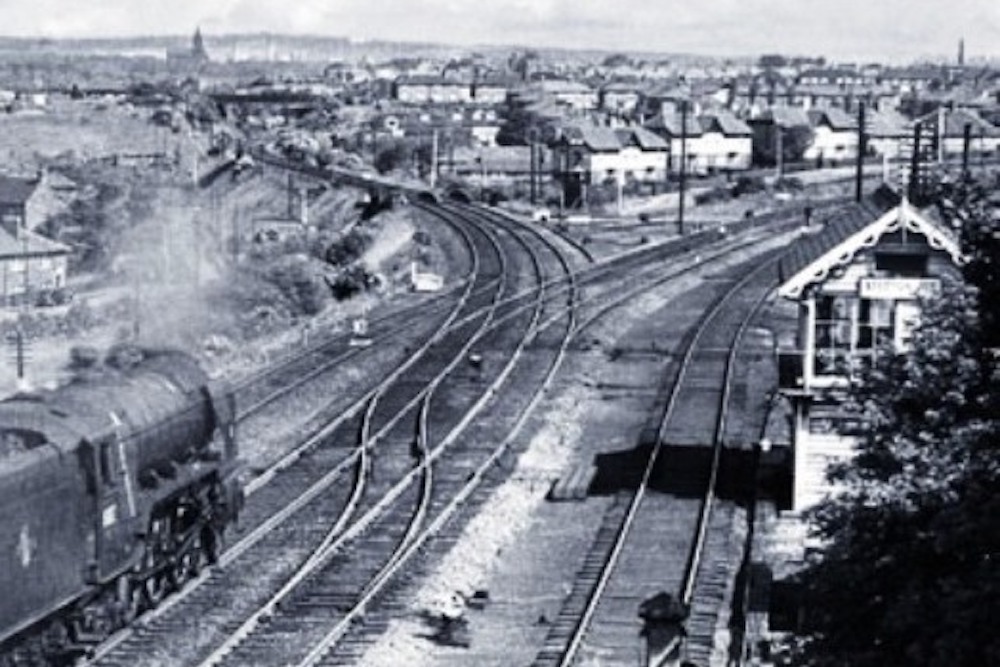 In 1893 a number of engineering firms in Hunslet obtained an Act of Incorporation for the Hunslet Railway Company whose aim was to establish local facilities for handling goods because of the poor service being offered by the Great Northern Railway at Wellington Street some two miles away. The Great Northern, however, were quick to see advantages in this scheme and a year later had taken the Company over.

Beeston Junction already existed at this time on the Batley-Tingley-Leeds Central Station line to Wellington Street via Beeston Station (see my previous article in August 2020). This new line from Beeston Junction was to be another Great Northern Railway (GNR) Goods Only line, passengers were never carried and the line opened on 2 January 1899.

Plans for this new line were prepared by WB Myers-Beswick a regular servant of the Great Northern, and the work was contracted out to JT Firbank of London. Much of the track was laid on embankments, materials for which was brought from eight pit heaps, some as far away as three miles.

For the first half mile from Beeston Junction the line ran roughly parallel to Dewsbury Road then passing under a bridge on what became Ring Road Beeston Park before running between the site of the Southleigh and Allenby estates. 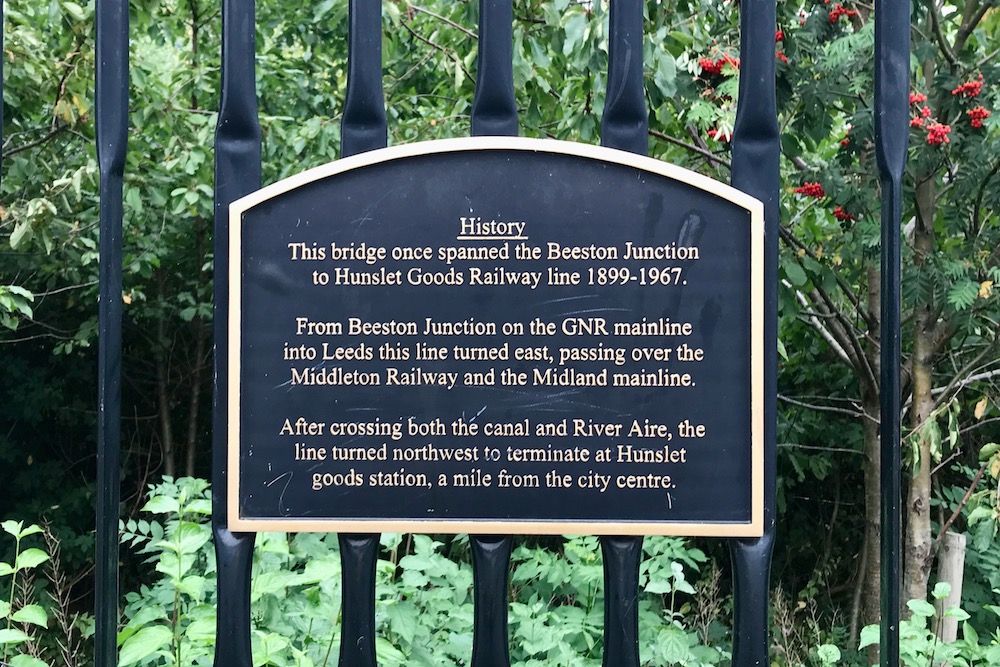 Where the Allenby estate is located it was originally scheduled for the building of a marshalling yard for Beeston Park Pit.
On closure this first section became a landfill site to fill the track bed. After roughly one mile it crossed over Parkside where it was bridged over the Middleton Railway and later the Middleton Tramway to Parkside Junction.

At Parkside there was a footbridge over the line, these were known locally as the Cuckoo Steps. From here the line was bridged over Belle Isle Road, roughly where the M621 road bridge is now before passing between the Bramley Engineering Company Limited and Clayton’s in Pepper Road. This was also the site of Cuckoo Steps, these steps were used by employees of John Waddington as a short cut to their place of work, it was also bridged across the Midland main line at Stourton where it also crossed over the A61 Wakefield Road at where the remains of a bridge abutment almost opposite The Queen’s Hotel (now closed) it then crossed the A639 Pontefract Road. From here it headed to cross the Aire & Calder Navigation at Thwaite Gate.

After crossing the Navigation and River it swung back towards Leeds and South Accommodation Road where there was a large Goods Yard, Hunslet East, this was shared with the North Eastern Railway who brought coal trains from the Waterloo Pit at Temple Newsam.

Apart from the large amount of embankment work and bridges along the way the principle engineering feat along this line was the six-span bridge over the Navigation and the adjacent River Aire. There was a proposal to widen and deepen at this point to allow tall-masted ships to pass to the Port of Leeds (sounds familiar) so a swing bridge was needed over the Navigation.

The resulting structure for crossing this obstacle was vast; a clear span of 170 feet across the waterway and 275 feet between abutments. Two main girders 41 feet apart extended for 295 feet with a depth of 30 feet, while the steelwork weighed in at 1,250 tons.

The ashlar column (still to be seen) was 45 feet in diameter while the foundations for the piers were sunk to a depth of 35 feet. Work got underway on this structure in January 1897 with the Darlington’s Cleveland Bridge & Engineering Company appointed as sub-contractors. Three men were killed and two others injured during the assembly process.

The ship canal never came to fruition and the swing bridge was never used. The bridges over the River and Navigation were dismantled by Ogden Demolition in 1977 leaving only the ashlar column for the swing span, the northern abutment and the mid-river pier.

The line closed in two stages the first to go was from Hunslet East to Parkside Junction which closed on 3 January 1966, but the section Beeston Junction to Middleton Colliery Parkside Junction Exchange Sidings was retained until 3 July 1967.