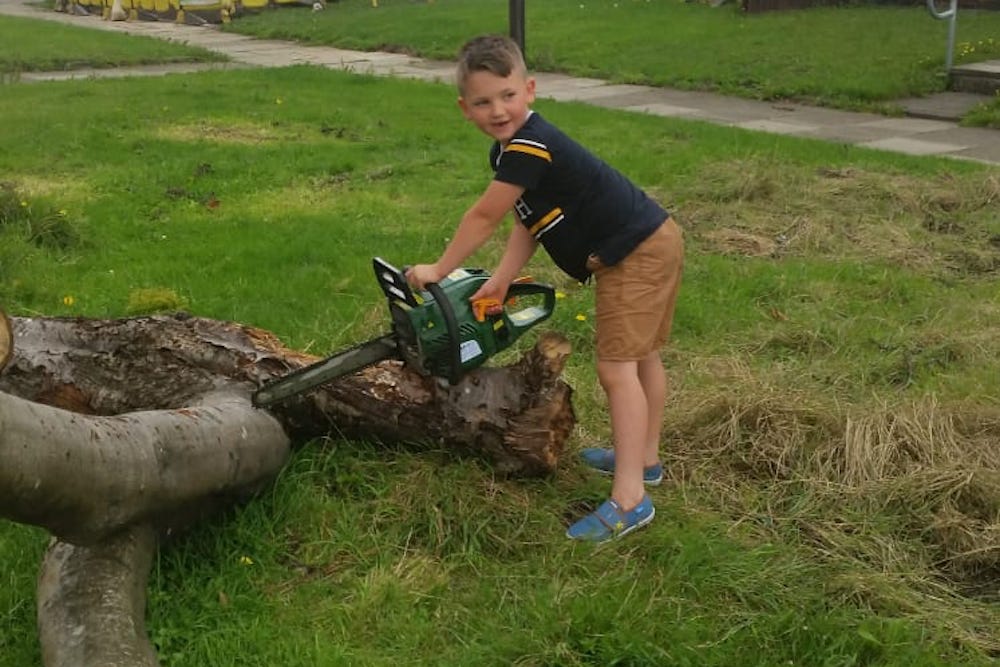 Residents in LS10 worked together to solve a long-standing neighbourhood problem this month – and even turn it into something positive. 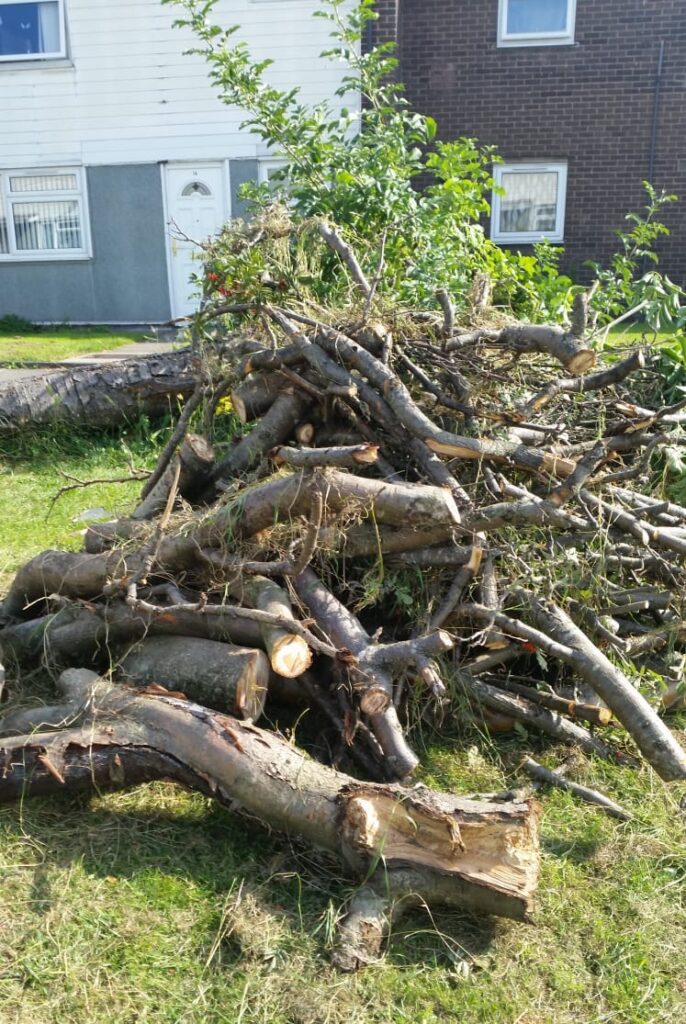 Storms last year blew down a tree on the Telfords in Hunslet – but the Council’s over-stretched forestry team were unable to respond to local requests to clear it away. It therefore became an eyesore – and a danger and a nuisance, with local kids climbing all over it and frequently hurting themselves.

Up stepped local resident Leon Gough, who – with a chainsaw, and ample help from his sons and other neighbours – chopped the tree up into small pieces.

Following an appeal on social media for people to come take it, the wood has now pretty much all gone.

The icing on the cake was another local – Gary Mason from Belle Isle – turning one of the chunks of wood into a goblet. Gary had taken up wood-turning as a new hobby during lockdown, and seized this opportunity to experiment with creating bigger items; he’s stashed a load of other pieces for further projects.

“The tree’s been a bit of a nightmare for the neighbourhood this last year, and people weren’t happy. So in the end, we decided to do something about it ourselves – and it didn’t take long, it’s sorted now, and it was a really nice bonus about the guy making the wooden cup.”

Main photo: Leon’s son posing with his Dad’s chainsaw, he was NOT allowed to use it