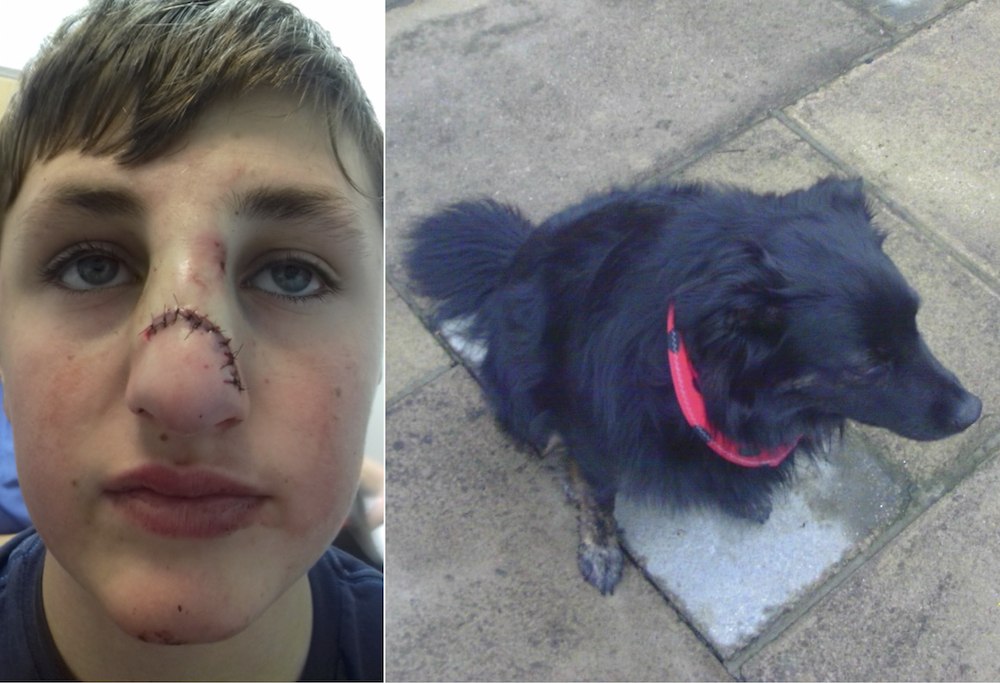 Two violent incidents within a week have raised questions about security in Beeston’s Cross Flatts Park.

On Thursday 14 February 2019 13 year old Casey Dennis Murthick was returning home after a game of football in the park when he was hit in the face by a girl with what he described as a log.

Casey suffered a broken nose with a deep laceration that needed internal and external stitches. Casey’s mother Mrs Kellett said was “in shock and very shook up.” Casey is a very keen footballer, playing for Halifax Town under 13s, his school team Morley Academy and Howden Clough under 13s.

“Police are investigating following a reported assault on a 13-year-old boy in Cross Flatts Park at around 6pm on Thursday, 14 February. Enquiries are ongoing to establish the circumstances of this incident.”

Then on Monday (18 February 2019) at approximately 3:50pm a young man on a motorbike hit a dog close to the depot in the park. Bystanders helped owner, Chris Lightowler, lift the dog “Bessie” who was taken to a vet. Unfortunately the bike had broken both of Bessie’s back legs and fractured her spine and she had to be put down.

“These are disturbing incidents. All three ward Councillors send our best wishes for a speedy recovery to Casey and our condolences to Mr Lightowler. We call on anyone with information to come forward to the Police, but I would stress that these are isolated incidents.

“In recent years the park has become more and more popular with hundreds of people using it every day. The best way to keep the park safe is to keep using it, a busy park is a safe park. So whether it’s a visit to the children’s playground, walking the dog, a game of tennis or a cup of tea in the cafe; don’t let a couple of isolated incidents keep you away from our lovely greenspace.”

Cllr Gabriel went on to say making the park 100% safe was difficult. For example, restricting access to motorbikes would cause further problems for wheelchair users and parent with buggies. She pointed out that the Council had spent £35,000 installing two CCTV cameras within the park and urged park users to watch out for one another and to be careful especially after dark.