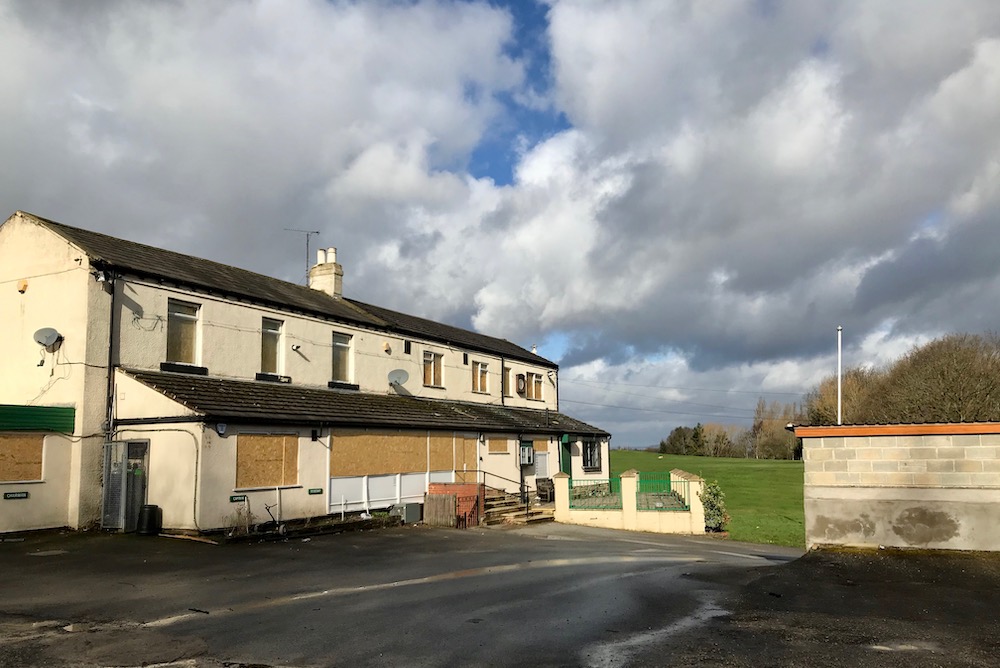 The clubhouse of the former South Leeds Golf Course has come under attack twice this week with a demolition notice posted on Monday (20 July 2020) followed by a fire in the building that night.

South Leeds Golf Club ceased trading in November 2019 and the land reverted to Leeds City Council when it bought out the remainder of the lease. Plans for the land remain unconfirmed, although Councillors have made repeated reassurances that it will remain part of the green belt. The Council has agreed to give 3 hectares (7.4 acres) of the golf course land to Cockburn Multi Academy Trust to create a football pitch and tennis courts for Cockburn School. This equates to about 5% of the golf course land.

West Yorkshire Fire & Rescue Service were called to the two storey building at the top of Gipsy Lane in Beeston at 9:12pm on Monday evening. Four fire engines attended the blaze which is understood to have been limited to the first floor snooker room. 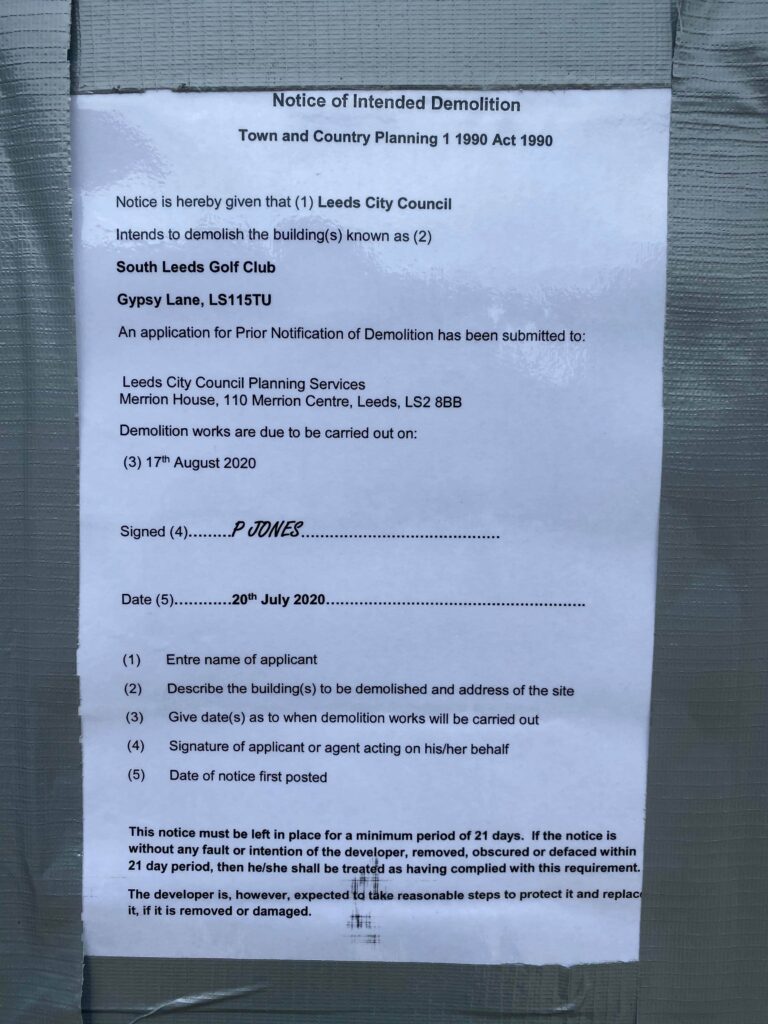 Local organisations including Friends of Middleton Park and Leeds Urban Bike Park were aware that demolition was being considered by the Council, but were shocked to find the notice in place on Monday.

Alan Shaw, Chair of Trustees of the Friends of Middleton Park, said:

“To say I am surprised and very angry would be an understatement. I have had a discussion with Cllr Kim Groves who has assured me that it has now been put on hold temporarily, but I am disappointed that this has got as far as it has without any consultation with the community or with organisations that I know are interested in using the building.

“I don’t want to lose another historically significant building in South Leeds, after the Miggy Arms, the ‘Top o’ the Wood’ cottages, and further back, Middleton Lodge and Middleton House” he added.

“I am very disappointed that the building has been left to get into this state. We have been developing plans to turn the building into an outdoor activity centre for children and young people. To find the demolition notice was shocking.”

“As soon as I was made aware of the notices placed on the building I contacted senior officers and have received the following full apology from Martin Farrington, Director of City Development.

“Further to our discussion in relation to South Leeds Golf Club clubhouse building, I am writing to apologise for the confusion and upset that has been caused by the placement of demolition notices at the site. The usual process would be for Strategic Asset Management to consider demolition and for a DDN (Delegated Decision Notice) to be signed off by either the Chief Officer for Asset Management and Regeneration or the Head of Asset Management approving the demolition and this would take place following consultation with Ward Members. In this case, this did not happen and it appears that following the small fire which occurred recently, Corporate Property Management (CPM) have progressed with preparatory works to demolish the building without the formal approvals in place and as such have placed the site notices. We have written to CPM to stop the demolition so that a decision can be taken on the future of the building in the normal way, including a consultation process with Ward Members.”

“Please can I assure you that there has never been an agreement to demolish the building and active discussions are taking place with Ward Members and the local community to assess the best possible future for the building and its community use.

“I look forward to future discussions in the community about this very important site.”

7 Replies to “Golf Club clubhouse threatened by fire and demolition”