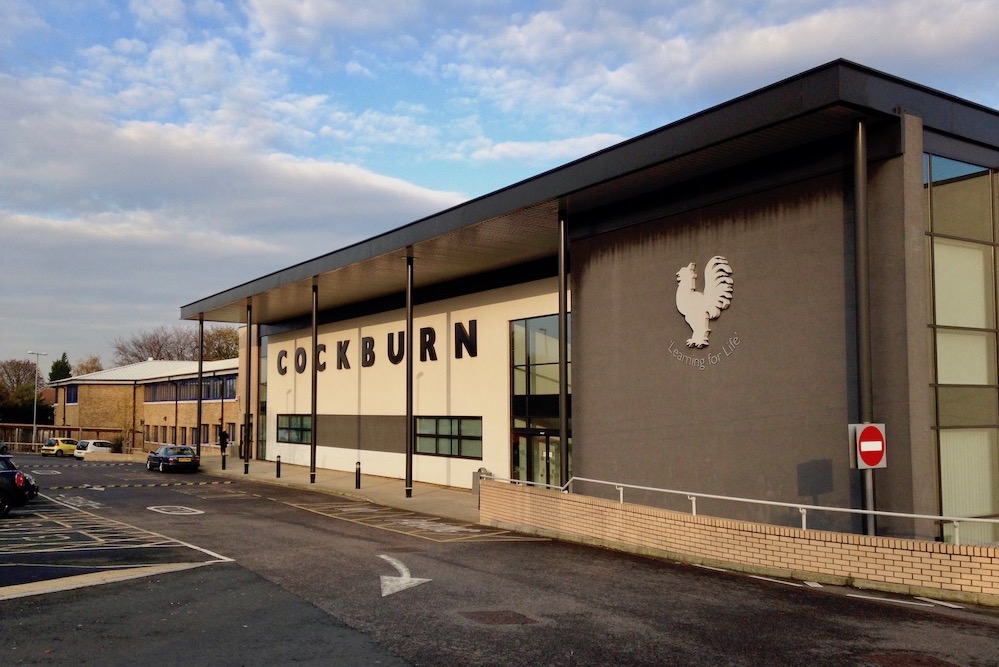 Councillors approved the £6.8 million development of Cockburn School at the Executive Board meeting this afternoon, but Cllr Carter pledged to have the decision ‘called in’ for scrutiny.

As we reported last week, the proposals will see a ten-classroom block built to accommodate a two form ‘bulge cohort’ over the next five years. It will also see the school’s playing fields expanded onto land that formed part of the former South Leeds Golf Club.

Cllr Andrew Carter, leader of the Conservative Group on the Council, said he was “astonished” at the costs involved, compared to plans for other schools in Leeds either taking bulge cohorts or expanding permanently.

“I think we’ve been taken for a ride” he said. “I think this has come about because over generous promises were made and officers have been required to redeem those promises, and the result of that is the academy chain were able to ask for more money beyond their wildest dreams.”

Officers explained that the scheme was so expensive because it sought to deal with historic issues at Cockburn. Cost savings made when the school was rebuilt in 2010 meant it was undersized for the number of children, which had risen since then from 1,050 to 1,200 and there was no spare capacity within the existing building. Additionally Cockburn was already short of playing field space on site, which would be made worse by the new building having to be built over tennis courts.

Cllr Jonathan Pryor, Executive Board member for Learning, Skills & Employment, planted the blame for the current situation firmly with the Government.

“We are in a place where we need places where the only schools available to expand are very difficult to expand because they’ve already expanded several times. That’s why the cost is that much higher.”

Cllr Judith Blake, leader of the Council, asked for an update on the opening of the Laurence Calvert Academy saying

“We cannot carry on letting down families and young people across the south of Leeds in this way. It’s deeply irresponsible of the Dept (of Education), we’ve done everything to move things forward, we’ve moved our Highways offices out of the building (to make the site ready).”

As well as being examined by a Scrutiny Board, the project will have to apply for planning permission, at which point residents can comment in favour or against the plans.

The meeting was live streamed and a video of the whole discussion will be available in due course at: leeds.public-i.tv/core/portal/webcasts

17 Replies to “Cockburn School plans to be scrutinised”