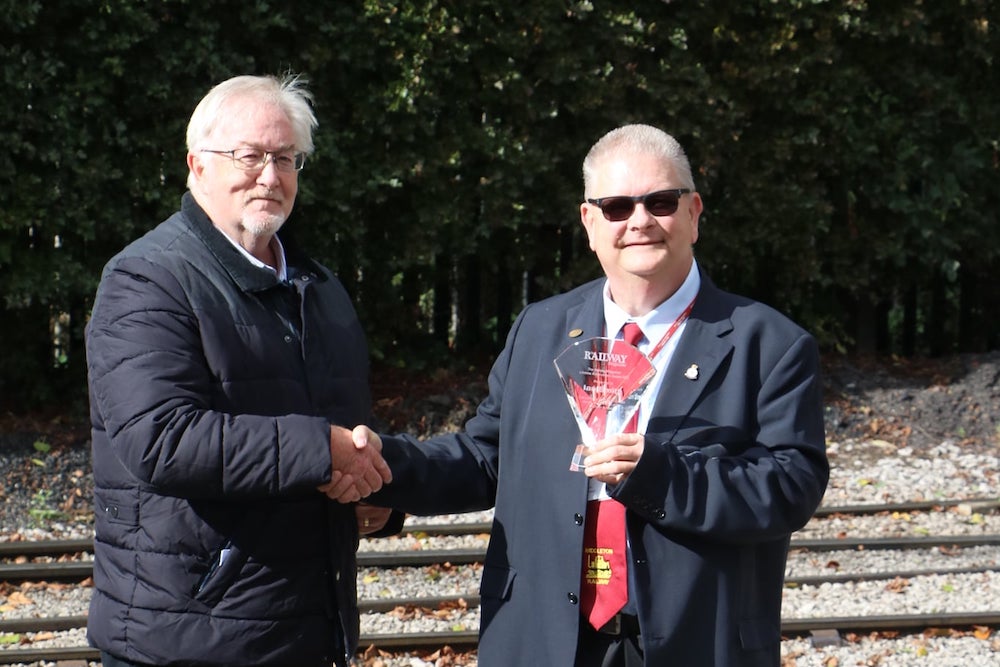 Middleton Railway held a double celebration last Wednesday (29 September 2021) as they unveiled the name plate for their new carriage shed and Vice President, Ian Smith was presented with a lifetime achievement award from Railway Magazine.

The carriage shed was made possible by a very generous bequest from the estate of the late Richard Holland. Richard was a long-standing volunteer at Middleton Railway and also a Trustee of the Steam Power Trust 65 which raised funds to save steam railway locomotives. Its first purchase was a North East Railway engine (1310) that has been based at MRT since the sixties and still runs today. 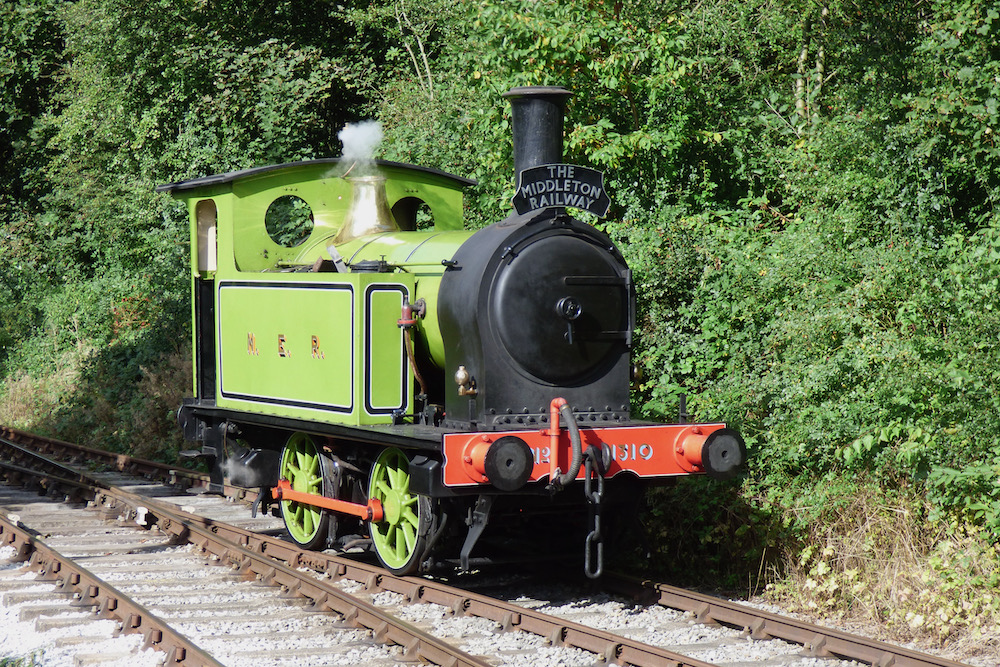 The building name plate was unveiled by Paul Bickerdike, Editor of Railway Magazine and Ian Smith’s award was presented by his predecessor, Chris Milner, who was Editor when the award was originally announced in December 2020.

Speaking to Ian after the presentation, he told me that his involvement started back in the 1960s when the area around Middleton Railway looked very different. Broom Colliery was still in production and as well as Middleton railway line, there was the tramway which ran through Middleton woods  and the Great Northern Railway line that ran from Beeston Junction to Hunslet

“We played on the slag heaps and I remember one day seeing a tram hanging from a bridge. It was a double decker tram from Swansea being delivered to Middleton Railway.

“I came along to the opening week. It was Leeds University Rag Week and it was free rides – they carried 7,000 people in a week.

“I got involved because I lived in Gasholder Street, where The Range is now, and one day I came across Fred Youell, the founder of Middleton Railway Trust, who was working on the Moor End branch of the railway and he got me to help him.

“In 1969 there was a steam gala at the railway and that’s when I joined up aged 15, and I’ve been here ever since.

“I did whatever needed doing, digging holes, sweeping up, anything. One day, I’d have been 17, a chap said “Have you ever fired a railway engine? No? Right, now’s your time to learn it.” That’s how it happened and how you learned new skills.

“I’ve done all sorts here, sales, I was Chairman for six years, I drove engines for years, but my health isn’t so good so I haven’t done that for a long time.”

Progress for Middleton Railway has been gradual over the last 61 years, but there have been some significant steps that have moved things forward. In the early 1980s they were given an inner city grant by Leeds City Council which enabled them to build their first engine shed and shop at Moor Road. Prior to that everything had been in the open and their base was Dartmouth Yard, off Garnet Road. A Big Lottery Grant in 2006 paid for the building of the Moor Road station and museum that we see today.

Ian would love to see more volunteers come forward to get involved in running the railway:

“It’s very rewarding. You don’t have to be quite as extreme as me. I mean, let’s be right, this place has been my life. As a single bloke I don’t know what I would have done if I hadn’t had this.”

The Railway is very keen to hear from people with practical skills to work, or supervise work in the workshop, but there are many other jobs to do as the railway is run entirely by volunteers. To find out more go to middletonrailway.org.uk or call in at Moor Road.

One Reply to “Double celebration at Middleton Railway”