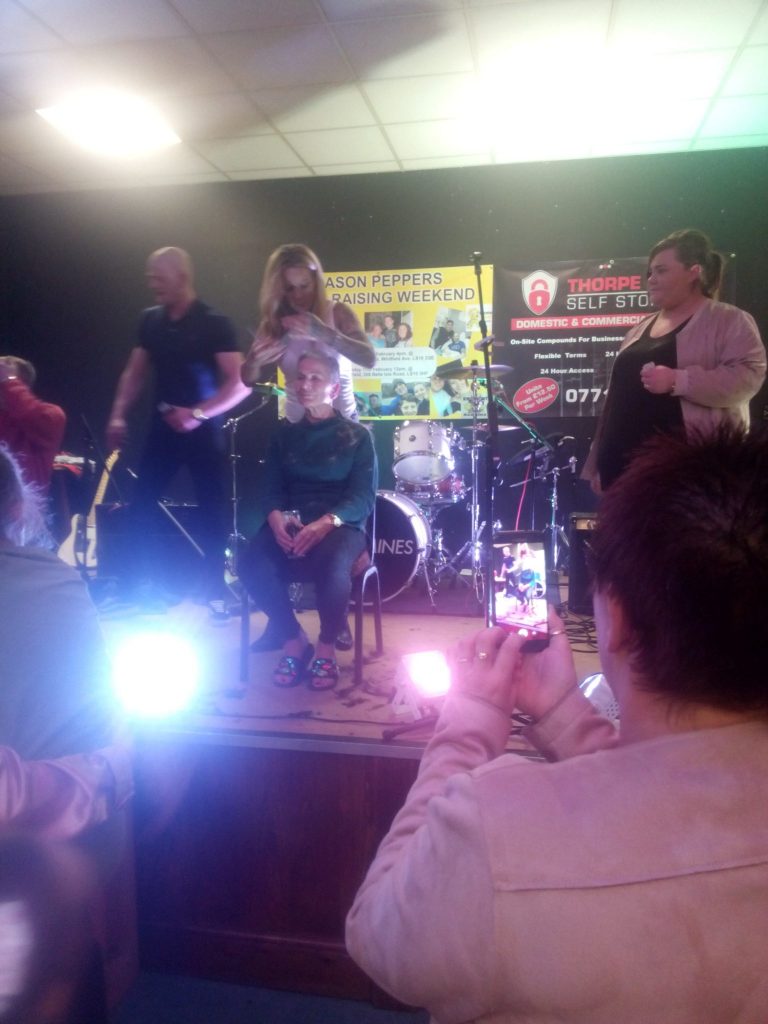 People from across Hunslet, Belle Isle and south Leeds are rallying to raise funds for popular local lad Jason Pepper who – aged just 27 – is fighting a losing battle with a rare and aggressive form of cancer.

Jason – who grew up and lives in Belle Isle, attended Merlyn Rees High School, and until recently worked at Futurama in south Leeds – was diagnosed just last July with a type of cancer known as Ewing’s Sarcoma. After initially responding well to chemotherapy, he and his family were told last month (January) that the treatment wasn’t working, and would be discontinued.

In response, hundreds of local people have been pulling together, aiming to raise £20,000 – to support him and his family at this time. Neither he nor his fiancee Kirsty – now his full-time carer – have been able to work for the past 6 months, placing them under a considerable financial burden. They have both the costs of the wedding (Jason and Kirsty are due to marry this month, on Saturday 17 February) and the funeral to cover. And they are keen also to help Jason fulfil some of his dreams, and “make the last of his time with us the best time yet”.

Hundreds of people gathered last weekend (10-11 February 2018): first for a charity night at St Joseph’s Club in Hunslet on Saturday, featuring a set from local band Barmines (who re-formed specially), and locals including barmaid Netty Doherty having their hair cropped off; then for a family gala rugby match on the Sunday, at the Parkside club in Belle Isle.

And hundreds more have donated via the online giving page here – further donations are very welcome. They’ve so far raised £12,000, and supporters hope to reach £20,000 by the end of the month.

“We all met Jason at High School – where he was popular, gifted, and a real joker. When we found out about him having this rare aggressive cancer, we didn’t think twice about trying to help. He’s battled through this with unbelievable strength and courage, still thinks about others and not himself, and is fighting with all he’s got to this day. If everyone was as positive and determined as Jason, the world would be a better place. Also, the community has been outstanding: we get a bad rep around here, but when something like this happens there is no better place to be.”

To find out more or to contribute, please visit the online giving page here.