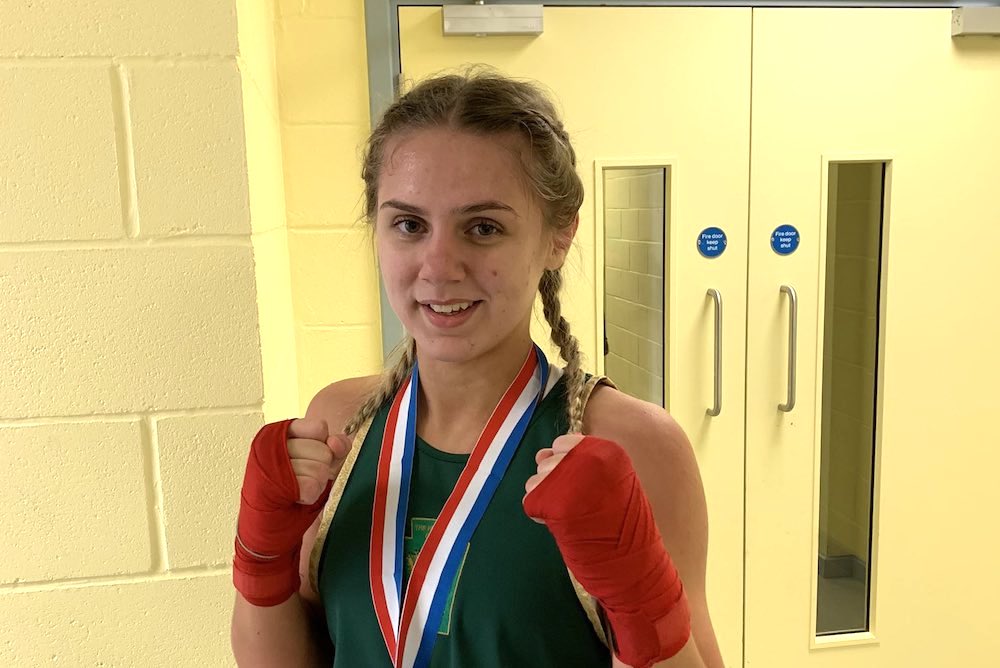 Hunslet Club boxing star Abby Briggs is setting her sights on new challenges for the rest of 2020 as she makes the step up to junior level.

At the England Boxing National Junior Championships in Liverpool today (15 March 2020) she progressed through her quarter final bout against a tough opponent. She will fight again in the semis and hopefully the final in two weeks time.

The Cockburn School student began the year by reaching the final of the Women’s Nations Cup in Sombor, Serbia, where Team England won four gold medals in January.

After winning her quarter-final and semi-final bouts against German and Cypriot opposition, Briggs lost to Russia’s two-time European champion Nadezhda Golubeva in the final via unanimous decision despite a strong final round.

Looking back on her time in Serbia, Briggs said:

“It was freezing! But it was a good experience.

“I wasn’t disappointed because I’m glad with how I performed. I performed well. I had been beaten by her [Golubeva] before and I came back and did better.”

But the move up from school to junior competitions represents a new challenge that the Hunslet Club fighter has to adjust to quickly.

“I’m looking forward to whatever’s next because I might be boxing again if I get to the Europeans,” Briggs said.

“I’ve got nationals at the end of this month and hopefully I’ll win them, go to the Tri-Nations and hopefully to the Europeans again.

“The Europeans are in July, so it’s in the next three and a half months.”