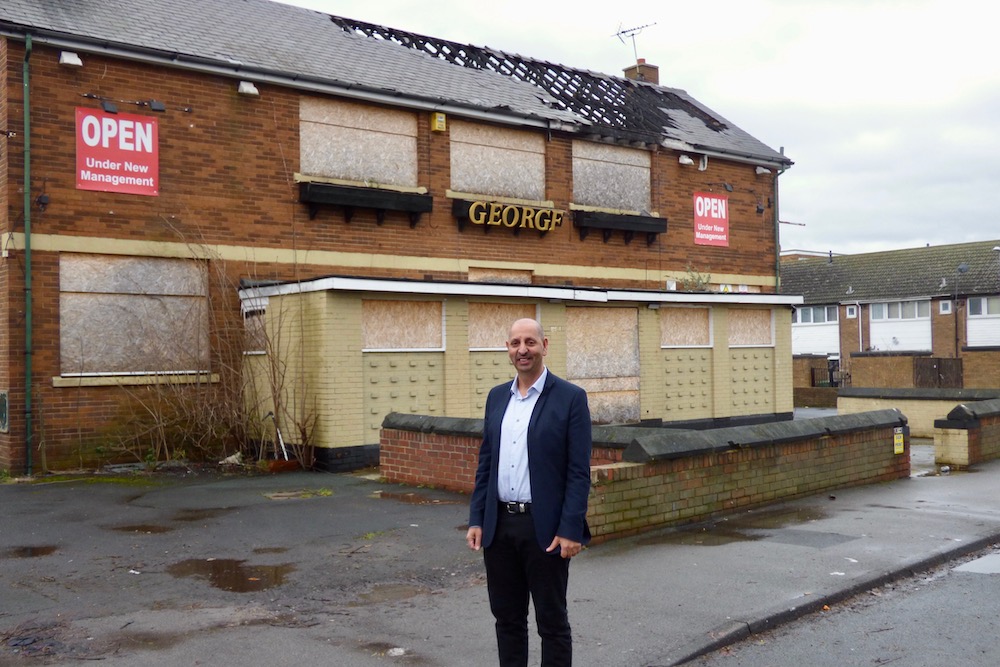 Leeds City Council has decided to demolish the troubled George IV pub on Grove Road in Hunslet and allocate the land for new Council Housing.

The site has been a problem for local residents for many years. The pub was substantially damaged by a fire on the night of 18 October 2017 and has been derelict ever since. The pub’s licence had been suspended in June 2017 after West Yorkshire Police had found weapons and drugs at the pub. It was also believed stolen goods were regularly being sold there.

Since the fire the leaseholder has told the Council he would be refurbishing and reopening the pub, but has taken no action. In the meantime the site has become an eyesore and attracted fly-tipping.

The land is owned by Leeds City Council and the pub was let on a leasehold. The Council has approved £270,000 to buy out the leasehold interest and demolish the building. The project will be funded via a combination of either retained Right to Buy receipts or Homes England Grant, blended with LCC Housing Revenue Account borrowing.

“The current state of the George IV pub has been a long-term frustration for Cllr Nash, Wray and I, but most importantly, the community. We are very happy our efforts to resolve this have resulted in the Council purchasing the site lease.

“The site has been a terrible health and safety concern and a blight on the landscape. Its current state would have detracted from our considerable regeneration efforts in the area, which started with the refurbished Hunslet Community Hub and Library, and will continue with the planned improvements on Hunslet Forecourt and at Church Street Playground. We will now work with officers to agree a suitable housing scheme on the site.”