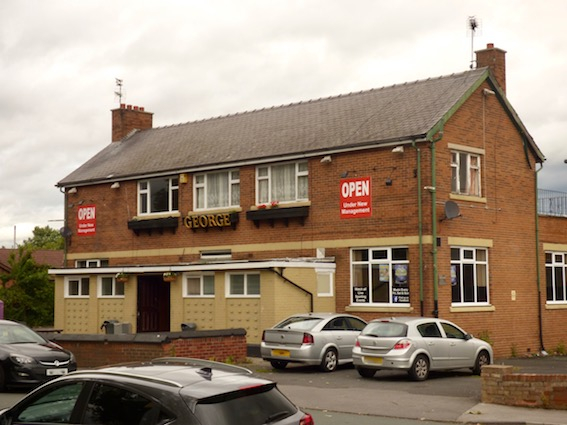 A pub in Hunslet is facing having its licence revoked following representations by West Yorkshire Police to Leeds City Council.

A hearing of the Licensing Sub Committee will decide on Tuesday (13 June 2017) whether the current licensee of the George pub on Grove Road should be allowed to keep operating. West Yorkshire Police have found weapons and drugs at the pub and they believe stolen goods are regularly being sold there.

Leeds City Council also discovered that some of the licence documents contain forged signatures. The officers’ report to Councillors states:

“Due to the manner in which the premises are managed, falsely signed official documentation by the Premises Licence Holder, ineffective Designated Premises Supervisors, uncooperative staff colluding with aggressive customers, weapons and drugs recently being found on the premises causing serious concerns for children present at the time, and intelligence strongly suggesting regular resale of stolen goods to customers within, West Yorkshire Police feel that there is no alternative but to ask the Sub Committee to give consideration to revoking the premises licence to prevent the commission of further serious offences and to protect both children and the public.”

Documents for the meeting can be found on the Council website at: http://democracy.leeds.gov.uk/mgAi.aspx?id=62963&LLL=0