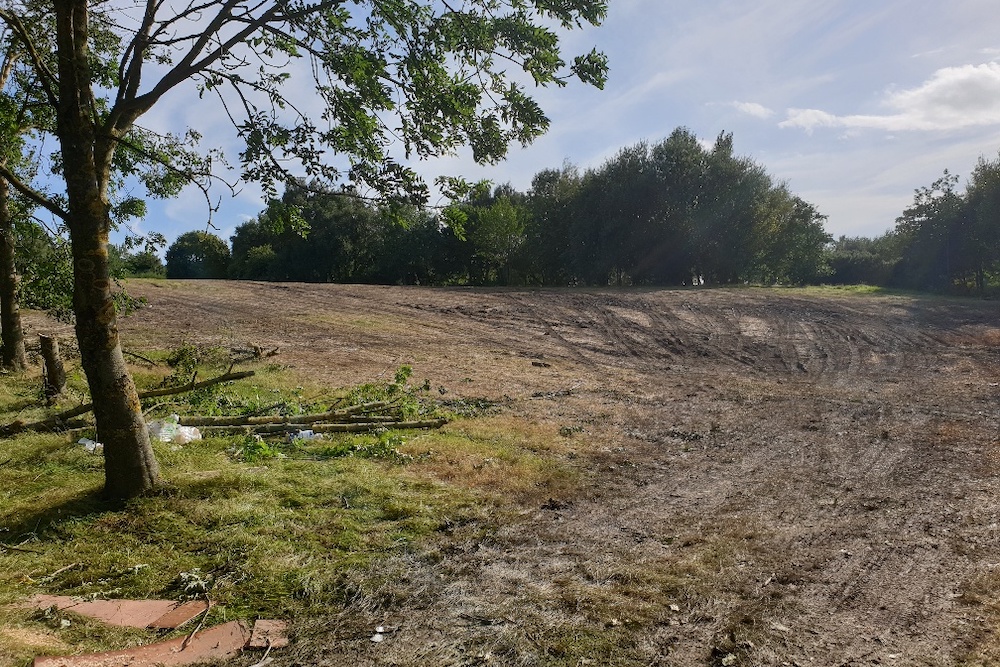 Travellers who set up camp on former South Leeds Golf Club land this week have been accused of “felling mature trees to use for firewood, churning up the land with quad bikes and car races and are fly tipping waste from their cash in hand work across the area” by a local resident who also took these photos yesterday morning (20 August 2020). 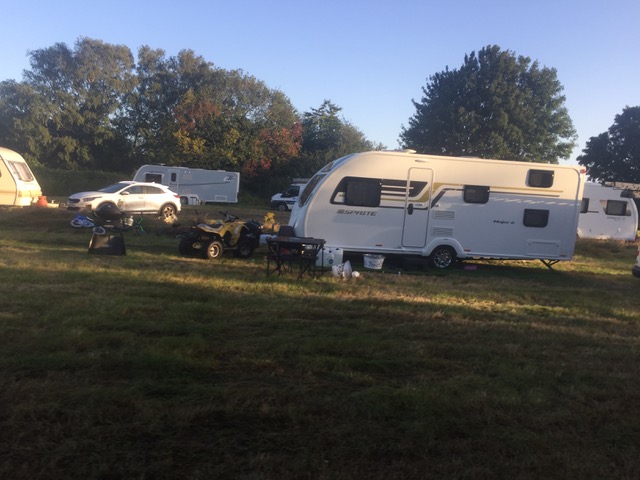 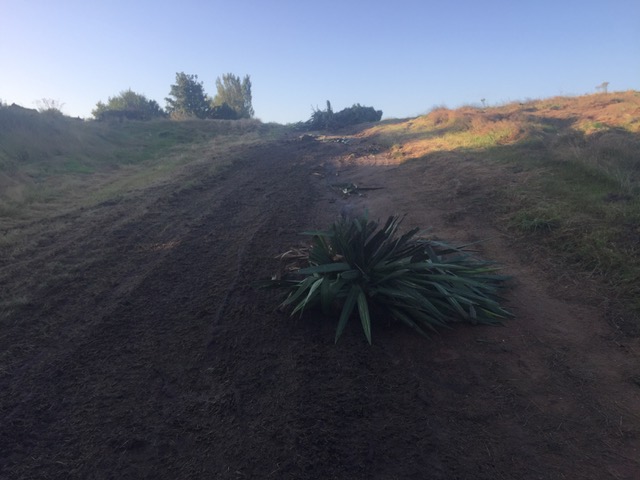 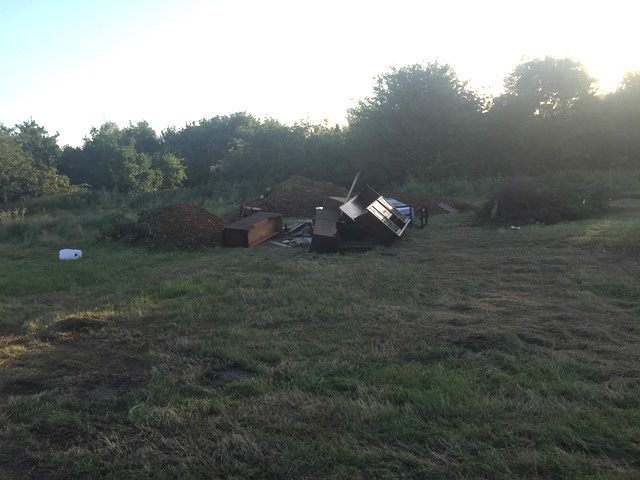 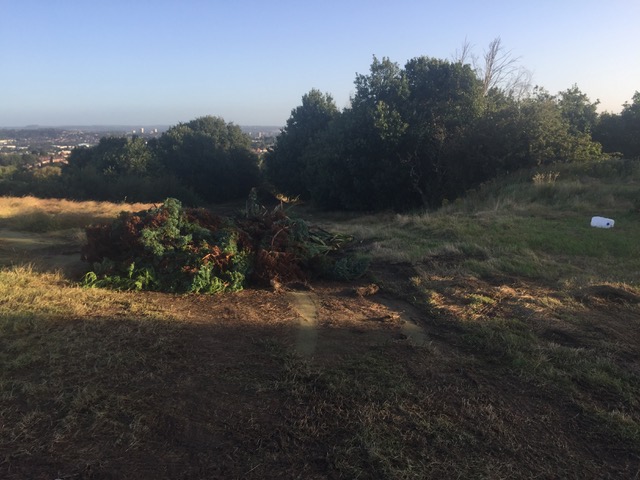 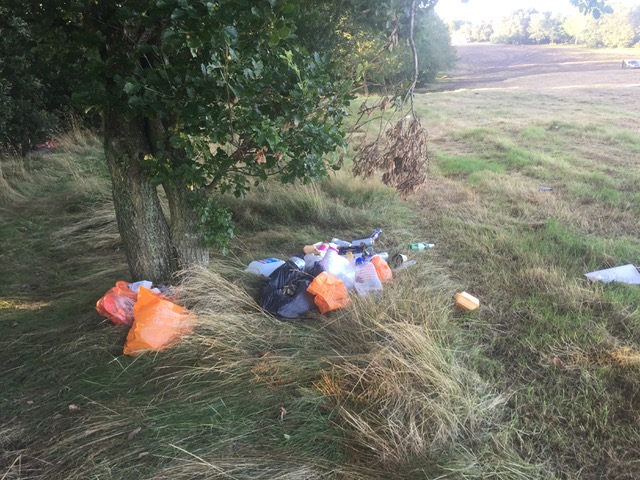 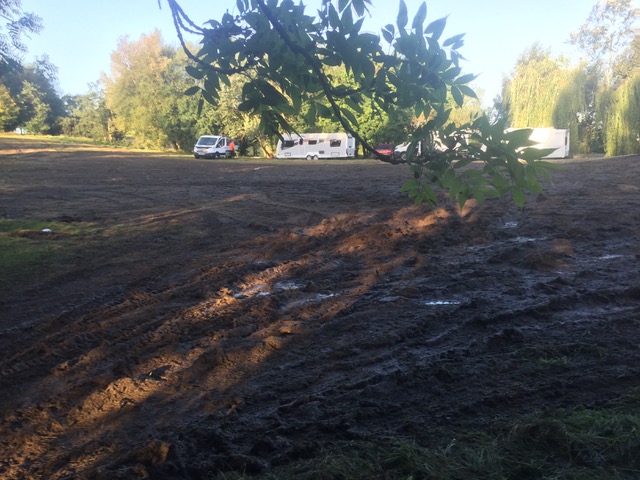 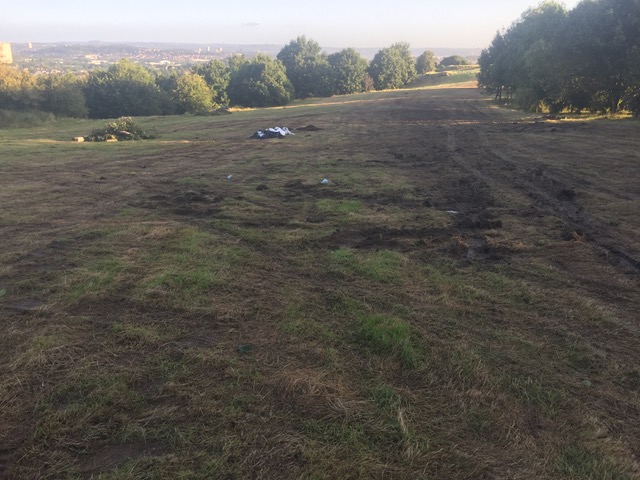 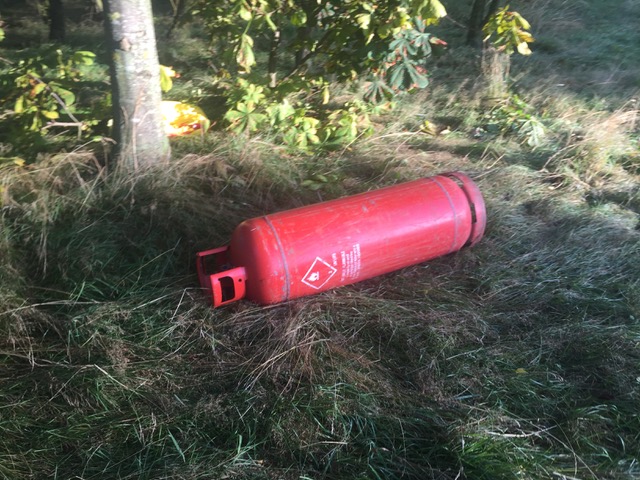 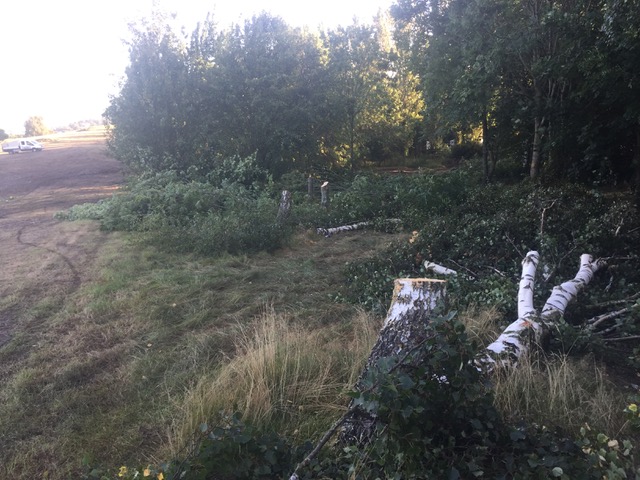 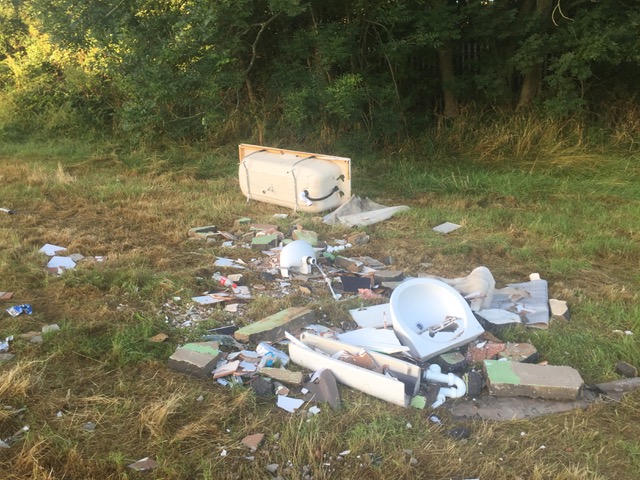 It’s believed at least some of the travellers were moved on from Cross Flatts Park last weekend.

“I am very disappointed that the Travellers appear to have caused some damage, and I also noted some rubbish appears to have been left  as well. I have spoken to some of the Travellers who were camping there and they were personable, so this damage is all the more disappointing. I am aware that there is still a Traveller encampment lower down the land to the north-west (nearer Beeston), I would very much hope that that area is left in a better state than the top site.”

He also said it wasn’t clear whether trees had been felled by the Travellers or by council staff for some other reason.

“Leeds GATE are aware that there have been reports of incidents and vandalism at the former South Leeds Golf Course over recent weeks and months.

“We are sorry that this is the case and understand why people in the community are concerned and naturally want these incidents to stop. We agree with them that vandalism and criminal damage is unacceptable and we would always recommend crime be reported to the correct authorities. Individuals responsible for crime, no matter who they are, should be reported to the police so they can be dealt with appropriately and in accordance with the law.

“What we would caution again is blaming any group of people for deeper problems in our communities. We are only too aware of many people living on camps in Leeds who are abiding by the law, and yet who are often subject to hate crime because of the actions of others. This is hugely frustrating for them when they also want nothing more than for the anti-social incidents to stop.

“Leeds GATE have enough experience to know that resolving the current situation requires access to suitable, currently unused, land with proper support for the people living there. Ultimately, we have to find better solutions than what we are seeing at the moment – this will benefit everybody. Despite Covid-19 large numbers of people are being obliged to cram onto a decreasing number of places whilst land that could be perfectly serviceable for use during the current crisis sits empty. That is of course going to lead to problems.”

South Leeds Life understands that officers from the Council’s Traveller service and West Yorkshire Police have visited the sites and that a date has been set for a court hearing to grant an eviction.