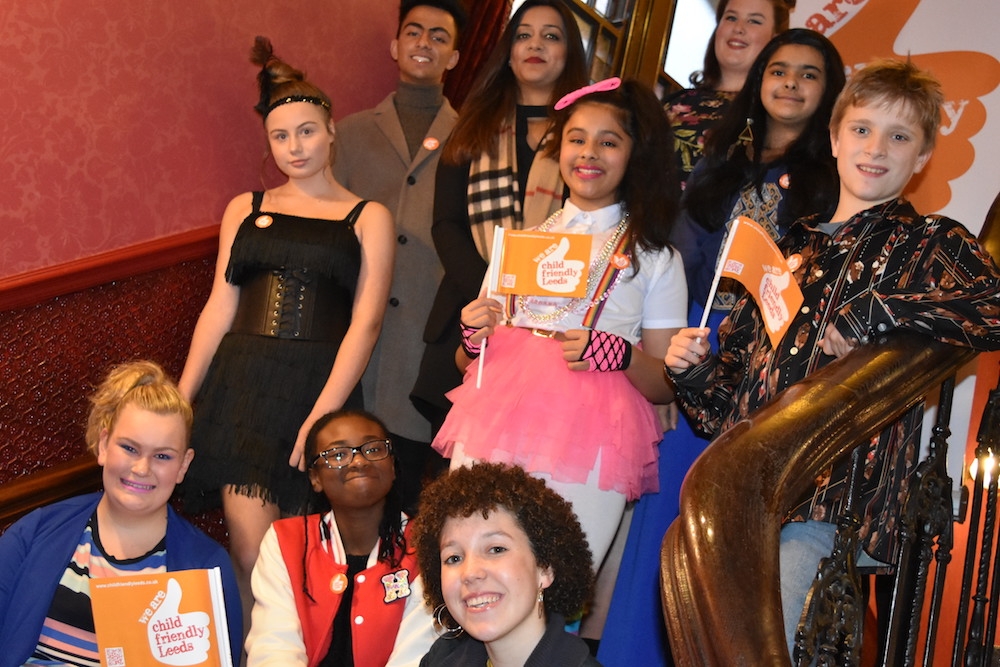 South Leeds is once again well represented amongst the shortlisted nominees for the 5th annual Child Friendly Leeds Awards. The winners will be announced at a prestigious awards ceremony, which takes place on Thursday 1 February 2018.

The Shine Project  has been nominated in the Communities and Schools Working Together category. Shine is part of St Luke’s CARES and works with girls and young women across South Leeds to help boost confidence and self esteem (and have fun). Last summer we reported on their visit to support a school in Zambia. Shine commented on Twitter:

“Excited to announce we’ve been shortlisted for the #childfriendlyleedsawards for our work in schools! We love the partnership and great relationship we have with @cockburnschool @gorse_ruth and @CockburnMat @T_S_L_A as well as many local primary schools.”

In the Best Place in Leeds for Children and Young People category, The Hunslet Club is on the shortlist. Readers of South Leeds Life will be familiar with the club’s activities running sports teams, dance and gymnastics, arts programmes, vocational training and much more backed by a small army of volunteer coaches.

“We are delighted to be nominated in the Best place in Leeds for Children Category at the @Child_Leeds Awards” commented the club on Twitter.

We’re claiming Errol Murray of Leeds Dads for South Leeds. He may not live here but the wonderful Leeds Dads project meets monthly at The Tetley on our patch, as we have previously reported. Errol has been nominated in the Adult Making a Difference for Young People category.

“Humbled and excited to be nominated for Leeds Dads! Thanks for all your support” he said.

In the Overall Contribution to Making Leeds a Child Friendly City the White Rose Shopping Centre Management Team has been shortlisted. They commented on Twitter:

“We’re so pleased to be shortlisted in the #ChildFriendlyLeedsAwards! We’re in great company in the Overall Contribution to Making Leeds a Child Friendly City category.”

“We would like to thank everyone who took the time to nominate for these awards. We were amazed by the sheer number and quality of nominations received and touched by the commitment and hard work shown by all those who have been nominated.

“There are some fantastic people, places and organisations committed to making Leeds a better city for children and young people and it’s great that we are able to celebrate their work, through the Child Friendly Leeds Awards.

“What a wonderful way to recognise just some of the work being done across the city to improve the lives of children and young people that goes some way towards making Leeds a child friendly city.”

The prestigious awards ceremony is being organised by a group of ten young people who make up Team Ten & Co. The team, some as young as twelve, are busy making the final preparations for the ceremony, which will be watched by an audience of nearly 400 people, including a number of city leaders, VIP and supporters.

“Performing and hosting on the night was my main reason for signing up – I think I’m bubbly and confident which will help make the audience feel welcome. I am also really keen and passionate to develop my event management skills in the run up to the awards.”