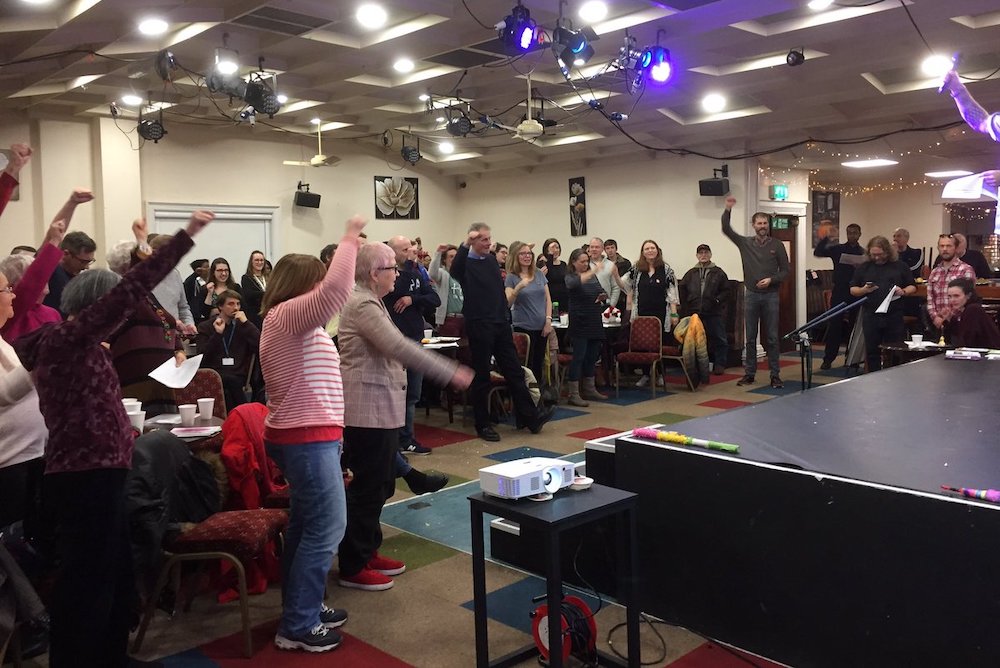 The concert room in The Holbeck club was packed on Monday 25 November 2019 for the launch of a campaign by Leeds Citizens called: South Bank For South Leeds.

As the redevelopment of parts of Holbeck and Hunslet close the river kicks on and the city centre moves southwards into the ‘South Bank’, there is a concern that the existing communities could miss out on the benefits.

Leeds Citizens works through grassroots organisations and aims to bring them together with business and the Council work together to solve problems. Or as Rolf Mason, Curate at St Luke’s Church, Holbeck, explained at the meeting:

“To build a successful community, you need three things; 1. People first and foremost 2. Businesses and employers to create money and 3. A great council to organise everything.”

The meeting heard that developers in Leeds would have to make a contribution to the Community Investment Levy (CIL) based on the size of their development. Part of this payment goes to Leeds City Council to fund citywide infrastructure, but part is to be spent to the benefit of the local community. Other opportunities arising from the new buildings could include training and employments schemes for people in the existing communities of South Leeds, both during construction and afterwards as businesses move into the properties.

Representatives from CEG were present at the meeting. CEG are the developers behind a number of schemes for housing, offices and retail around Water Lane and Globe Road in Holbeck and have also taken on the iconic Temple Works round the corner on Marshall Street. They are also continuing to develop the Kirkstall Forge site in the west of the city, where they set up Forging Futures to offer training and employment to local people.

As part of the meeting CEG, Cllr Gohar Almass, Cllr Angela Gabriel (both Beeston & Holbeck) and Cllr Paul Wray (Hunslet & Riverside) made specific commitments to work with the people of South Leeds through Leeds Citizens. The full commitments are listed below. 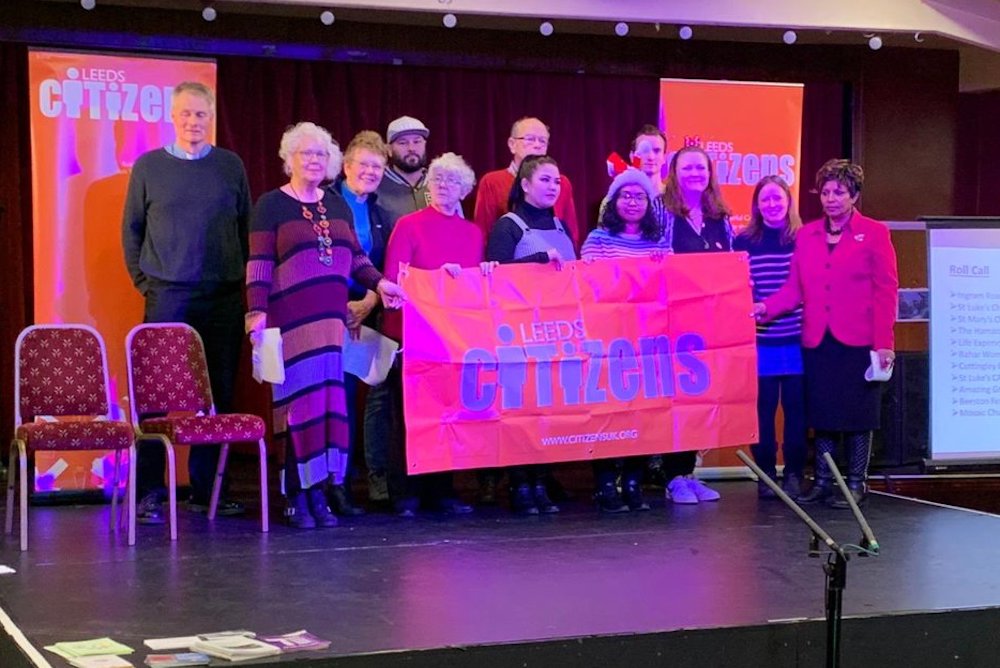 A spokesperson for Leeds Citizens said:

“We are happy that this campaign is now underway that it has such strong support – from local people, CEG and local ward members. We believe in people power and this was clearly present at the Holbeck when the campaign launched! Our alliance will be busy in the next few months listening to local people and giving them a voice on the issue of the Southbank (sic) developments and how they will impact South Leeds communities. We are excited at the immediate prospect of being able to make some concrete plans with CEG for creating Living Wage jobs in the area and hope this will be the start of some real benefits local people will receive in the future.

“Our hopes are typifed by some verses from the song “Hope for Holbeck” which the parents of Ingram Road Primary School wrote (with the help of Slung Low) and performed at the event:”

Come take a walk down by the riverside.

Oh my, you’ll find a place to work or play,

Oh my, you’ll find a place to sing or pray,

Oh my, you’ll find a place to celebrate,

Oh my, where all the people love not hate

To create a positive legacy in South Leeds and to build that legacy around the ideas and ambitions of the people who participate in the Southbank for South Leeds campaign.

For CEG to help Leeds Citizens to convene a roundtable of other Southbank developers to work with the alliance on the Southbank for South Leeds campaign, so that Leeds Citizens leaders can share their ideas around things such as an employment brokerage scheme and affordable housing.

For CEG to meet with Leeds Citizens in January next year to begin making a plan with the alliance for how they as a company and the employers they work with in the Southbank can create Living Wage jobs for local people.

To ensure that CIL money from South Bank development is prioritised on the poorer parts of the ward (i.e. not city centre and riverside but Hunslet and Beeston Hill)

To attend a formal meeting in January with Councillor Wray to talk through the plan for listening and what role they play as ward members for Beeston and Holbeck going forward.