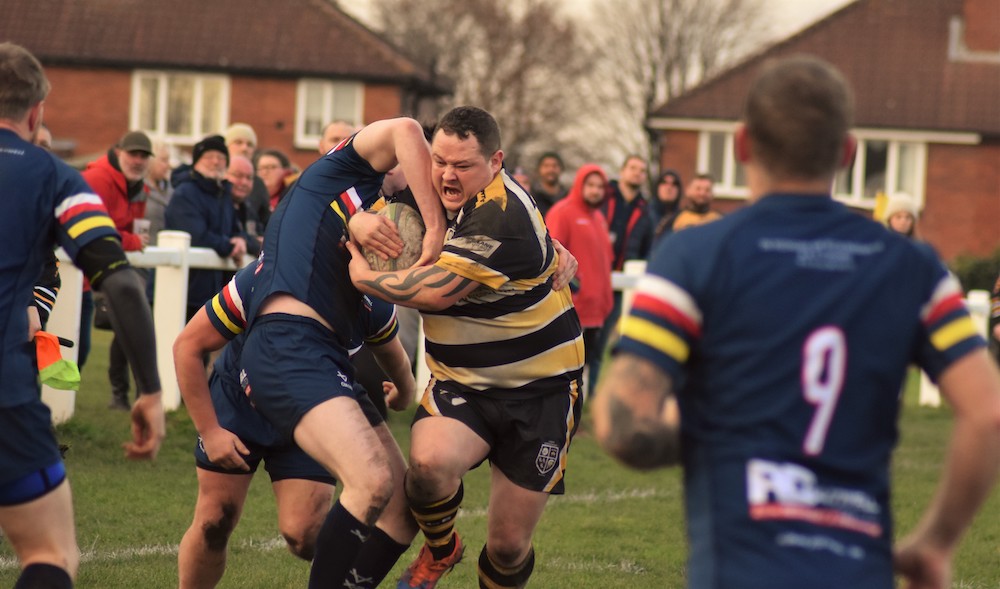 Leeds Corinthians RUFC hosted Hemsworth this weekend (7 December 2019) and were looking for a comprehensive victory to maintain their position at the top of Yorkshire 3.

Corinthians began the game well and tries inside the first 20 minutes from Ben Walker, Michael Tuke and Max Patten meant the game was almost over. A Ryan Croft try secured the bonus point before half time.

Coach Peter Seabourne used the opportunity to try out new combinations and Corinthians scored four more tries in the second half through Danny Boyes, Gareth Moore, Andy Gibney and Adam Avison after an excellently worked line out move straight off the training field.

Two conversions each from Neil Orr and Tom Burnell along with one from Gareth Moore completed the scoring and gave Corinthians a resounding 50-0 victory.

Next week Corinthians travel to Old Otliensians in what promises to be a tougher encounter.