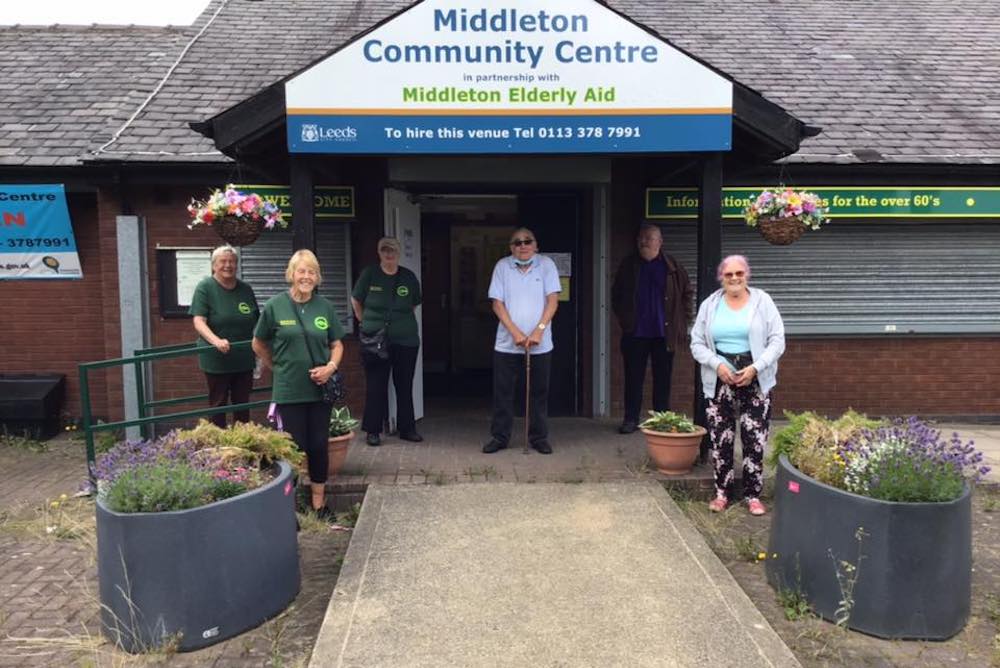 For many people, July has been a month where life has returned to a semblance of normality as they tucked into a meal at their favourite restaurant, enjoyed a pint at the local pub or finally tamed wild lockdown locks at the hairdresser.

Lockdown, if summed up by hours spent online learning, playing and working and by spending more time in your family’s company, was not necessarily that bad.

But for many of those who had to shield, the last few months were an ordeal from which they are only just beginning to emerge.

“I’ve been feeling fed up and isolated. I’ve been really emotional – I’ve just burst into tears,” recalls Ada Bosomworth. “Watching the telly or seeing things on Facebook, it just comes on. I’m filling up now just speaking about it.”

The 78-year-old, who has heart and chest problems, didn’t receive a letter from the government advising her to shield, but decided to stay indoors for two months amid fears of the pandemic.

She used to come down to Middleton Elderly Aid three or four times a week for baking, craft groups and other activities, but during the strictest phase of the lockdown even essential activities such as shopping for groceries were off limits and she depended on her daughter’s help.

Ms Bosomworth has just started coming back for the bi-weekly ‘Arm in Arm’ walking group as she and other shielders tentatively return to the outside world after a lockdown that was especially challenging for their mental and emotional well-being.

People deemed “extremely clinically vulnerable” were sent letters advising them to stay at home for 12 weeks at the start of the outbreak in March. 45,461 people were asked to shield in Leeds.

From Monday 6 July, those shielding in England were allowed to meet up to five other people outdoors while maintaining social distancing.

Adults who live alone can form ‘support bubbles’ with another household, where social distancing is not required. Restrictions for shielders are due to end completely from 1 August.

The Arm in Arm walking group has allowed groups of six walkers restore their physical and mental health in the local area, explains Christine Wykman, one of the walk leaders.

The group has been running for over two years but only resumed its activities last week as its members are among the most vulnerable groups. Enjoying Middleton Park’s Rose Garden, the Urban Bike Park and the café are a welcome return to familiar settings for those who have been forced to stay indoors more than anyone else.

However, the return to a new normal is far from straightforward.

Mavis Beechy, 80, used to walk regularly but feared she wouldn’t make it back home last week after her body was not used to doing six-mile walks following months spent indoors.

“It’s very important, it keeps you fit – I couldn’t get out,” she says.

Her daughter and Middleton Elderly Aid provided vital help with shopping and delivering dinners but, echoing Ada Rowbotham’s experience, shielding due to her high blood pressure took an emotional toll.

“One time I was crying. I still don’t know to this day [why she cried]. I’m always chatting and meeting people. I live on my own in sheltered housing, but you never see anybody.”

Brenda Barlow, 53, lives on the Longroyds in Hunslet and Riverside ward and has chronic obstructive pulmonary disease (COPD), a respiratory illness that obliged her to shield.

Summer is usually the busiest time of year for her, since she is a committee member of the Beeston Festival and coordinates picnics and litter picks as chair of the Friends of Hunslet Moor.

Despite the easing of restrictions for shielders, there is little that is normal about the new life they have to lead.

“It’s scary now. I’ve got to the point now, am I going to feel comfortable going back out? You hear so much coming from here, there and everywhere. You don’t know what to believe, you don’t know who’s telling the truth,” she remarked.

She has recently had her grandchildren over to visit for the first time in months but lingering uncertainty tempers her optimism for the future.

There is plenty of talk about making masks compulsory in public but, due to her lung disease, she can’t wear one, which makes the prospect of returning to normal outdoor activities daunting.

“My grandkids spend a lot of time here [at her home]. I used to take my grandson to nursery and back and look after them while their parents were at work. Not having that and not being able to see them has been so hard.”

But there is still cause for cautious optimism. Eddie Bennett, 83, is beginning to enjoy life again after being asked to shield by the government.

“Getting exercise and company helps a lot. I’m glad they’ve started it up again.

“It keeps your mind busy and you’ve got to keep yourself occupied. I haven’t watched as much telly as I have over the last few weeks!

“It’s buoyed me up, coming out today as a group and walking again.”

And Ms Barlow is remaining upbeat as lockdown measures continue to ease:

Shielders must register before 17 July to continue to receive support such as priority delivery slots from supermarkets, food shopping, food parcels and welfare phone calls from Leeds City Council and the NHS.

They can do this by calling 0800 028 8327 or by visiting www.gov.uk/coronavirus-extremely-vulerable.