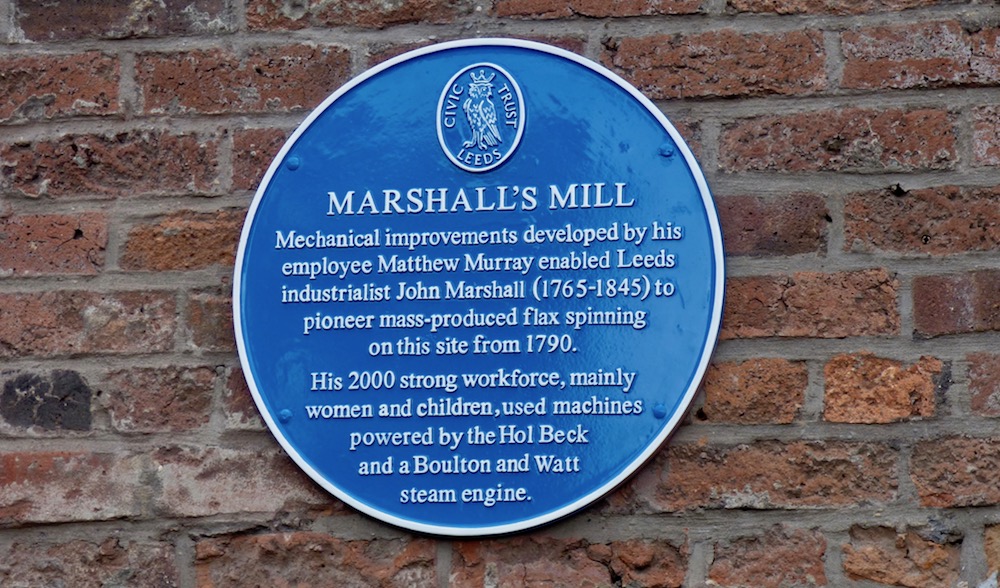 After 30 years and 180 blue plaques, and in the light of recent controversies regarding the representation of history in physical form, Leeds Civic Trust has launched a review of its blue plaque scheme.

Leeds Civic Trust is responsible for one of the largest blue plaques schemes in the country. Since 1989 the Trust has erected 180 plaques across Leeds commemorating significant historical figures, buildings and events in locations which are associated with them. Most blue plaques are nominated by members of the public. The Trust installs around 6 plaques each year.

The review asks who and what the Trust represent in plaque form, how they make their decisions and what criteria they use – it is hoped that the findings will support the future development of the scheme.

The 2020 global response to racial injustice, the 2020 murder of George Floyd in the US and subsequent international Black Lives Matter protests demonstrated the significance and symbolism of public statues, monuments, and plaques. The recent announcement from the government that the removal of statues and plaques will require planning permission in future has brought added significance to this work.

What are Leeds Civic Trust asking members of the public?

Via a quick and anonymous survey, they are asking if the plaques scheme represents the history of the city. For example, do they properly and honestly address our city’s colonial past? Can a scheme in which more than 50% of our plaques cover the Victorian era be a true reflection of the history of our city? Are the Trust’s decision making processes transparent and our criteria appropriate?

Representation is important to the Trust and we are committed to ensuring that the scheme better recognises those who have been traditionally under-represented in history (and are under-represented in our plaques scheme), including members of the black and BME communities.

A link to the independent and anonymous survey can be found here: Leeds Civic Trust Blue Plaques Review (smartsurvey.co.uk)

“Leeds Civic Trust is proud to be responsible for the city’s blue plaques scheme, and although we have worked to increase the diversity of our plaques in recent years, much more needs to be done to ensure that the plaques scheme better reflects the diverse and rich stories we know this city has to tell.

“To help us do this, we’re asking the people of Leeds for their thoughts by completing a quick survey available via our website. By sharing your reflections, you’ll be contributing to how we commemorate this city’s heritage.”