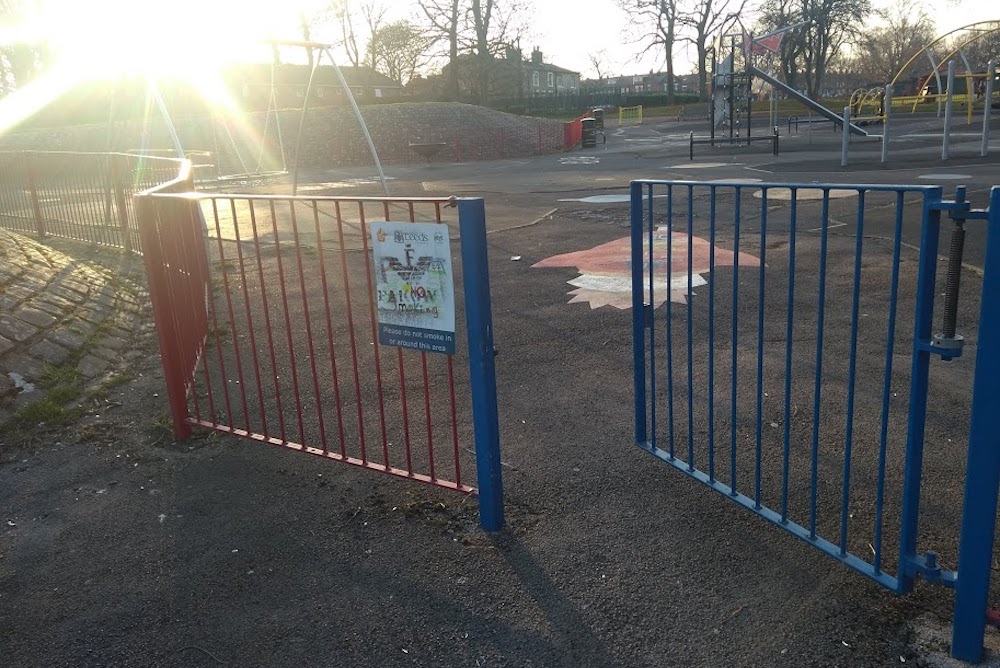 Playgrounds are closed and all activities, events and classes in parks have been cancelled by Leeds City Council until at least the end of June due to the Coronavirus crisis.

Whilst most people are abiding by the restrictions, some are still flouting the new rules. In Cross Flatts Park people have seen using the playground, tennis courts, basketball and football pitches in the balmy spring weather. 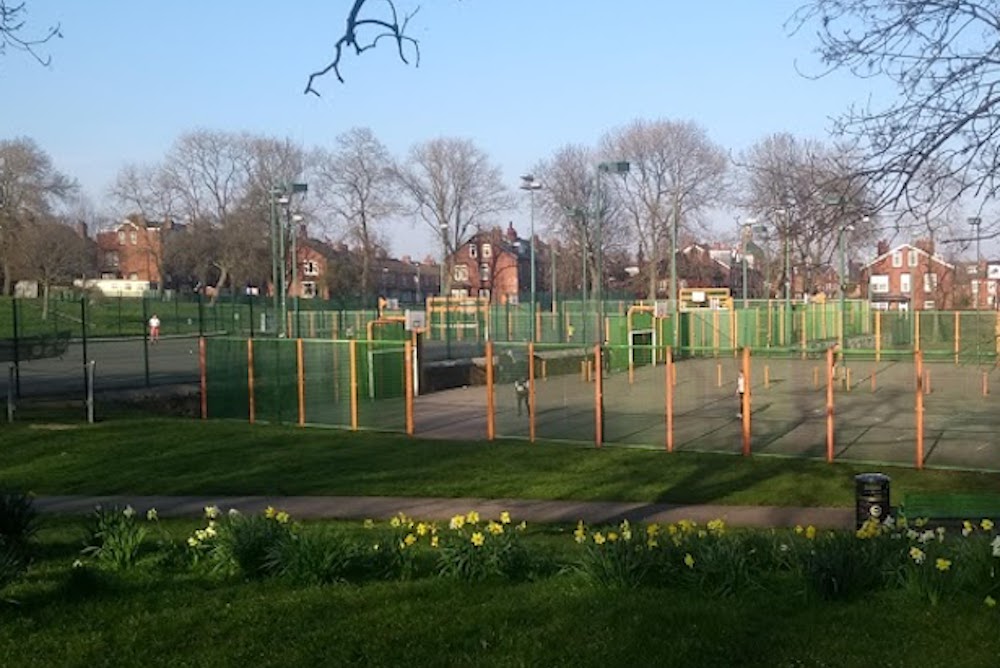 The two yellow gates to the playground facing north and east were padlocked, but the blue gate facing south which had been closed with cable ties was open on Wednesday. At least three children were seen playing on the swings and slides with a parent.

In its statement on Sunday 22 March, the council identified such play equipment as “creating a significant risk of transmitting the virus”.

“The gates for Cross Flatts children’s playground have been locked and signage is in place around the park advising the public that it is closed. Unfortunately, on investigation it appears that one of the gates has been forced open.

“Our main aim is to keep the public safe and we are proactively monitoring areas across the city from within the Local Authority Leeds Watch CCTV monitoring centre, to help inform the police of any social gatherings. We are also working closely with our colleagues in the police to support them and to ensure such gatherings are responded to in a timely manner.

“If anyone has concerns that social distancing advice is being ignored, we urge them to contact their local Neighbourhood Policing Team. Details of this can be found on the West Yorkshire Police website.”

A notice on the fencing said that the tennis courts had been closed until further notice but, with the entrance left completely open, people flouted the order. There also continues to be free access to the football and basketball facilities and several young people continued to play in them. Several of the Multi Use Games Area courts do not have closable gates.

In Middleton Park the Leeds Urban Bike Park and its tracks are closed as is the lakeside cafe and visitor centre.

Police Community Support Officers (PCSOs) were patrolling in the park on Thursday, advising people taking exercise to keep 2m apart and moving on people sitting on benches. As part of the “lockdown” you are allowed to take exercise (walk, run or cycle) once a day, but must maintain social distancing to stop the spread of the virus. You are not allowed to drive to another part of the city or countryside, but must start your exercise from your home.

One Reply to “Residents urged to ‘socially distance’ in Leeds parks”