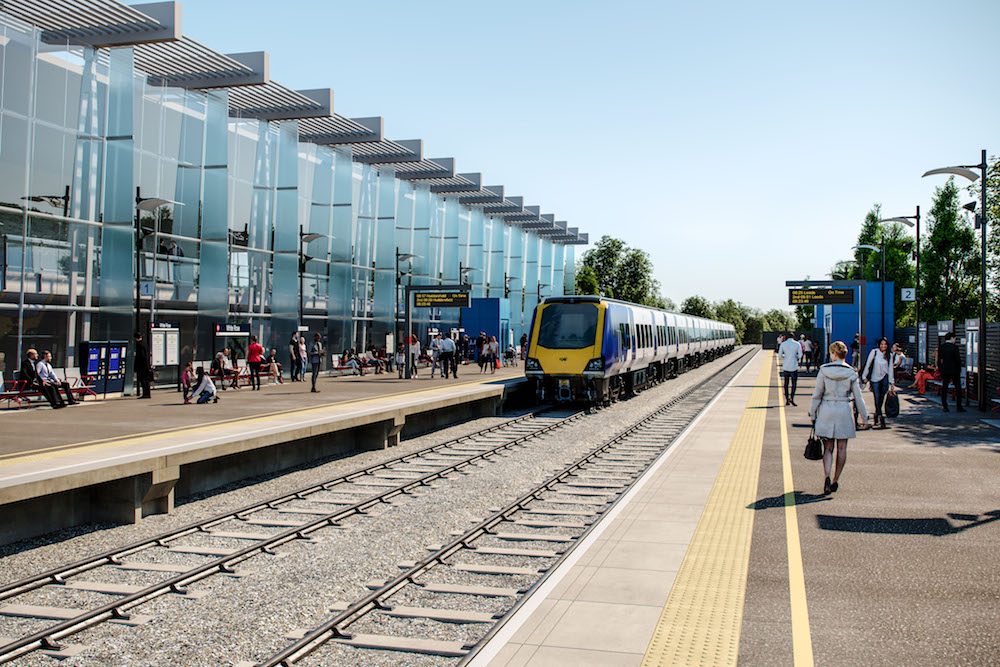 Public engagement on plans to create two new rail stations in Leeds has started this week. Details of the proposals for new stations at White Rose and Thorpe Park as part of the Connecting Leeds programme to improve travel and transport in Leeds are now open for public feedback.

The proposals would see new stations created to improve access to two of the major existing employment and leisure areas of the city, with expected future growth, investment and new housing resulting in rising demand for better connectivity. The Thorpe Park proposal also includes park and ride facilities to Leeds city centre, helping to reduce congestion by taking traffic out of the city centre and improving air quality.

The proposals have been put forward by Leeds City Council and the West Yorkshire Combined Authority, working closely with rail industry, Rail North, the Leeds transport advisory panel and other local stakeholders.

To see the proposals and give comments and feedback go to www.yourvoice.westyorks-ca.gov.uk. As part of the engagement which runs until Friday 27 July there will also be a series of a drop-in events starting next week (Tuesday 10 July) where the plans will be on show and representatives from Leeds City Council and West Yorkshire Combined Authority will be available to answer questions.

Connecting Leeds is the programme of unprecedented investment in transport and travel in Leeds and to the wider Leeds City Region, focusing on investing in infrastructure and service improvements to all aspects of the transport network. It aims to encourage greater use of public transport through new and more efficient bus, rail, park and ride, cycling and walking services and facilities which will also delivered improved air quality levels in Leeds.

“These two new station proposals are part of our exciting Connecting Leeds vision for improved transport in the city which features significant investment in major new infrastructure. These stations are planned to meet the needs of people travelling to and from two areas of employment growth in the city at Thorpe Park and White Rose.

“While there is already large-scale employment at the White Rose shopping centre and the neighbouring office park, this is likely to grow further now that Millshaw has a new owner. The White Rose station will complement the transport offer in the area which already has a park and ride at Elland Road and where cycling infrastructure is due to grow with longer-term ambitions for the City Connect Superhighway in the future.

“We know thousands of people would make use of these stations so it is important as many people as possible take part in this engagement process so we can get it right to deliver the maximum benefit for all.”

“Working in partnership with Leeds we have already delivered major projects including the rail station at Kirkstall Forge and park-and-ride schemes at Temple Green and Elland Road, helping reduce congestion and connect people to opportunities.

“We now look forward to hearing what people have to say about the plans for these two stations which could play a crucial role in helping people across the Leeds City Region access jobs, education and services.”

Details of the public engagement events for the White Rose station are as follows: