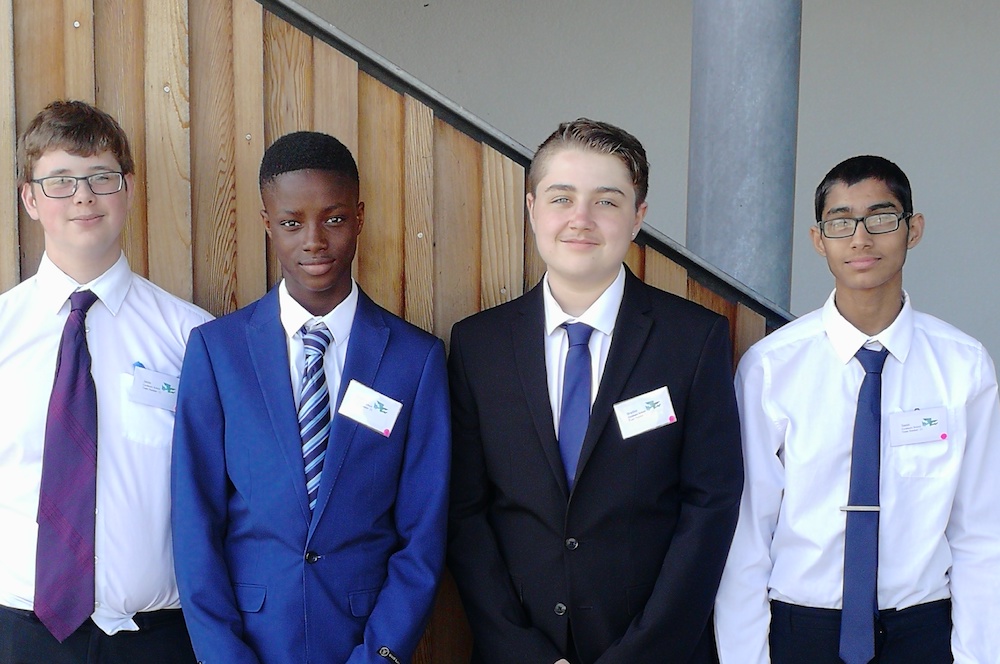 Students from Cockburn School participated in the annual Big Deal Event. The Event, which is run by York University, requires students to produce a business plan, prototype and ‘Dragon’s Den’ style pitch which is then presented to a team of senior business people from a range of national businesses.

Cockburn had three teams of students participating in the event with each team comprising of four students. Each team worked with an external mentor from Barclays Bank who provided support and guidance throughout the event. Students were also invited to spend a day at Barclays Headquarters in Canary Wharf, London, to perfect their business plans and pitches. They were also given a number of talks from senior Barclays executives who provided support and inspiration to the students.

The final of The Big Deal took place on June 21 2018 at York University. The Cockburn teams gave excellent pitches of their ideas to the dragons who were impressed with their enthusiasm and creativity. Team Voltz from Cockburn were crowned overall winners of the event with their innovative phone case which can plug straight into the mains for charging.

The team consisted of Bradley Blackburn, Amadou Dibba, Samit Miah and Jamie Myers. Their prize for winning is a trip to New York!