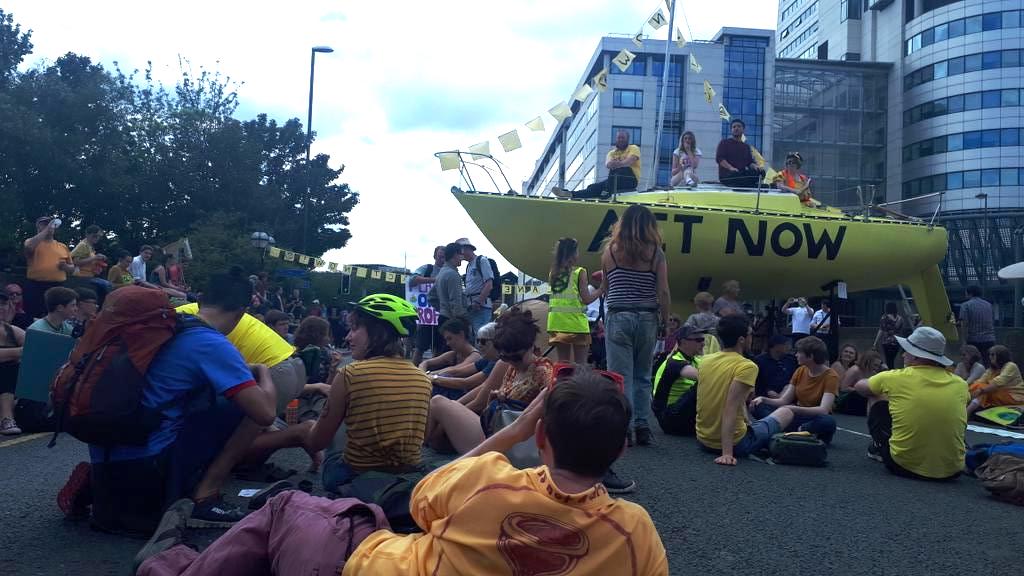 Interested by what I saw on local news about the Extinction Rebellion event on Victoria Bridge by the train station I took a short trip down Dewsbury Road to see what was going on.

I was greeted by young people, many dressed in yellow alongside a yellow boat with the slogan “planet before profit”. People were friendly and wanted to share why they were there.

There is limited time to stop the rise in global temperature that is leading to extreme weather conditions. If the increase isn’t stopped soon, the changes will get out of control. There was dancing to a live band, a communal kitchen with free food and drink for those that wanted to give up their time to make a point about pollution and climate change.

As someone who lives a very short distance to the heavily polluted Dewsbury Road and as a resident of Beeston (one of the few areas being left out of the proposed Leeds clean air zone), I’m glad that they are doing this. Our politicians need to make a much greater commitment to reducing carbon emissions etc.

This will inconvenience those of us travelling in and out of the city a bit this week, but that’s a small price to pay compared to the people who are losing their homes due to flooding or living in Beeston breathing in heavily polluted air on a daily basis causing respiratory problems which medical statistics show are some of the highest in Leeds already.

One of the speakers talked about a big protest against climate change on Friday 20 September that everyone can do something for. So if you’ve got some time pop down to the Bridge and show your support, take some food and think what you can do to raise the issue on 20 September, and let’s all look forward to a cleaner and healthier South Leeds.

4 Replies to “On the climate change front line”