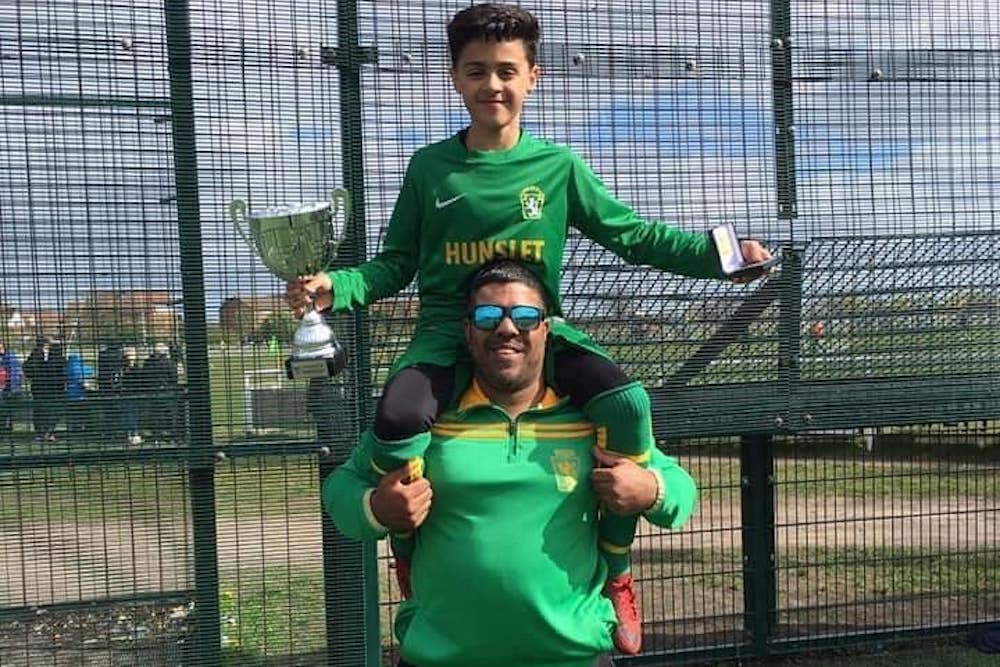 On Saturday 6 November, the Hunslet Club community received devastating news, informing us of the passing of our wonderful coach Imran Haq. A loving and talented father, husband, son, role model and coach who touched the lives of so many around him.

Imran, 42, was a brilliant and bubbly personality, who always knew how to put a smile on the faces of whoever was around him. Working full-time as a self-employed taxi driver, he was a friendly and familiar face in the South Leeds community. Fellow football coach, Miller Davies, explained that he “always wanted the best for others and helped in whatever situation he could.” He created unforgettable memories for the young people he coached which they will be able to carry with them forever.

He began coaching at The Hunslet Club during the 2013/2014 football season, following his son joining the team. Imran identified that many children were missing out on football due to the junior teams becoming full. Because of this, he started to help create a new team so more young people would have opportunities to get into sport.

“He was always one of the first to put his hand up to help out with coaching if anyone was struggling and even ended up helping out at his son’s school. Imran would pick players up, drop them off, not just for games but training as well and would also go as far as buying kids football boots and kits.”

It is clear that his passion for helping young people knew no limits. It was his top priority to ensure they could reach their full potential no matter what.

As well as giving so much of his time to our club, he also became a League secretary for ‘Garforth Junior League’ after noticing other teams in Leeds needed support. With his coaching expertise, he was able to eradicate problems that these they were facing such as, the lack of organisation and communication which was resulting in some teams missing out on games.

He only wanted the best for these young people, and his main objective was to guarantee opportunity for children enjoy the games just as he had, as a young man.

“Imran was a good man, someone who gave up so much of his spare time to volunteer and help make sure hundreds of kids could play grassroots football not just at Hunslet Club but helping the Garforth Junior Football League. He was a loving family man and loved his football especially LUFC and Hunslet. We on the committee will miss Imran very much. Not only was he a colleague, but he was a friend to us all as well.”

Losing such an amazing person has had a big impact on everyone at our club. We never forget what an brilliantly unique person he was and we will share memories of him for years and years to come. Our thoughts and condolences go out to his wife Nadine and his two children who were there to support him every step of the way.

One Reply to “Obituary: Imran Huq”