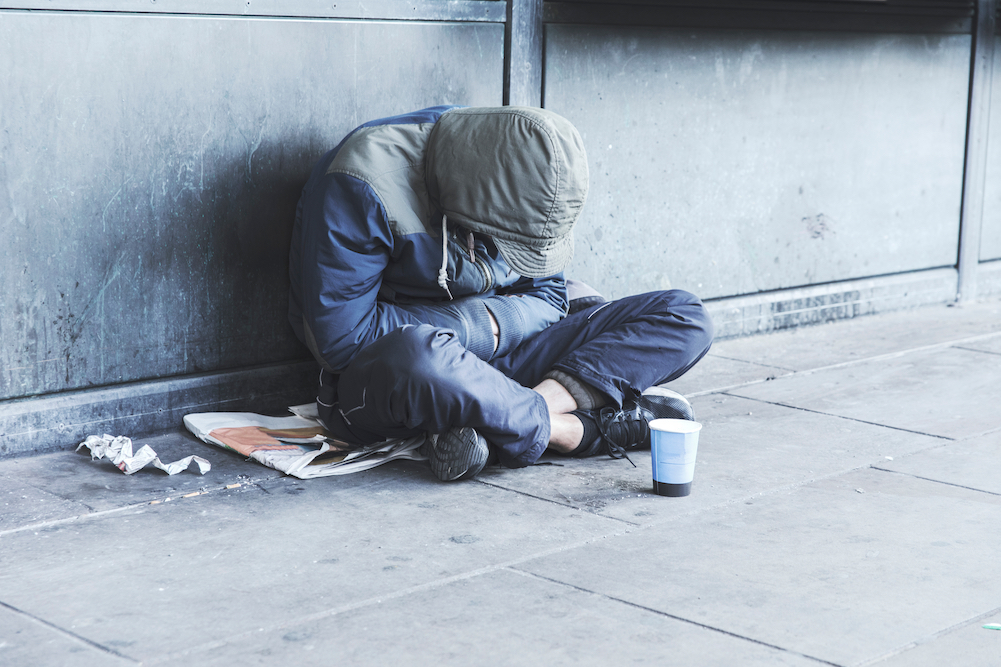 Over the next week we will be running a series of articles about homelessness , hearing people’s real experiences of live on the streets and ‘sofa surfing’ and find out about services that are trying to help people in crisis. Here Ed Carlisle sets the scene:

Winter is upon us, and many of us are preparing (this year more than ever) for ‘hibernation’: spending more time at home, with the heating on, taking it slow.

But some are not so lucky. Homelessness is a growing struggle in our city, and nationwide: a life and death battle, brought home locally by the recent tragic death of a homeless man – Edward Franklin – on Hunslet Moor, aged just 36.

This month, we’re exploring the challenge and the tragedy of homeless. We’re featuring the stories and voices of people who are or have been homeless; the reasons behind it; the issue of ‘hidden homelessness’; the particular situation facing some people seeking asylum; what the Council, charities, and others are doing; and what we can each do to make things better.

But this is only the tip of the iceberg: those who are visibly homeless, on the streets. National charity Shelter estimate there are at least 380,000 people homeless in the UK, including over 50,000 children: 1 person in every 200 (so south Leeds is likely to have hundreds, if not 1000+). But most are so-called ‘hidden homeless’: people not on the streets, but existing from day to day on sofas and floors of friends or family, in cars, sheds, squats, hostels or temporary accommodation.

The government’s ‘Everyone In’ scheme during lockdown earlier this year created a temporary solution to street homelessness: the vast majority were temporarily housed in hotels. But that has now ended – and homeless charities are reporting a steep increase in street homelessness.

“We and other groups are doing our best, but it’s a nightmare situation, and it’s getting worse. Lots of services are just no longer there, with government cuts; there are more and more restrictions for people on the streets; and a lot of regular people are struggling financially, so donations have really dried up. At the end of the day, we just need more compassion in the city; after all, we’re all just two steps away from homelessness”.

And the underlying causes have only deepened. The complex mix of factors which cause people to become homeless include: insecure or lost employment; breakdowns in relationships (including where friends and family become too stretched to support others); transition out of care or the armed forces; the housing crisis and inequities; the inhumane welfare system; mental and physical health, and cutbacks to related services; and drug and alcohol addiction.

Meanwhile, residents across South Leeds have noticed a visible local rise in homelessness (especially tents, and begging) in the past year.

Many residents insist the majority of street homeless people they encounter are no trouble – ‘genuines’ who are just down on their luck.

Yet there are anti-social impacts relating to homelessness upon established communities – including begging, drug and alcohol abuse (and the waste – often hazardous – that goes with it), and crime.

But what is it like to be homeless? Street homeless people have a life expectancy of just 44; 1 in 3 experience direct and deliberate violence; and they are 9 times more likely to commit suicide. And whilst it’s difficult to collect statistics about people who are ‘hidden homeless’, there is plenty of evidence as to the multiple negative impacts of people lacking such a basic need as secure housing.

People we met echoed much of this. Dean told us that homelessness is:

Others spoke of the frustrations of battling bureaucracy, of death and suicide, of facing aggression and stigma. Daz told us:

“Living on the streets is awful, really hard – and it’s harder than ever now, with Covid”.

Wayne speculated that “People are becoming less caring; I’d ask everyone to be understanding and less judgemental.” And Paul added that people “Just stopping and talking, or giving a friendly smile – that makes a big difference”.

Tough times lie ahead for us all – but Gandhi once said that “The true measure of any society can be found in how it treats its most vulnerable members”. So, what are we going to do?

One Reply to “Nowhere To Go: The homelessness crisis in our communities”