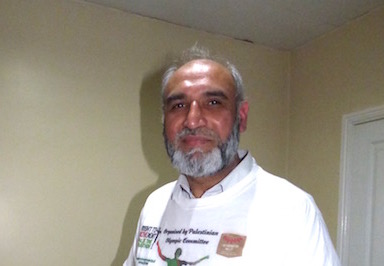 Beeston bus driver Noor Zaman will be running in the Palestine Marathon on 1 April. 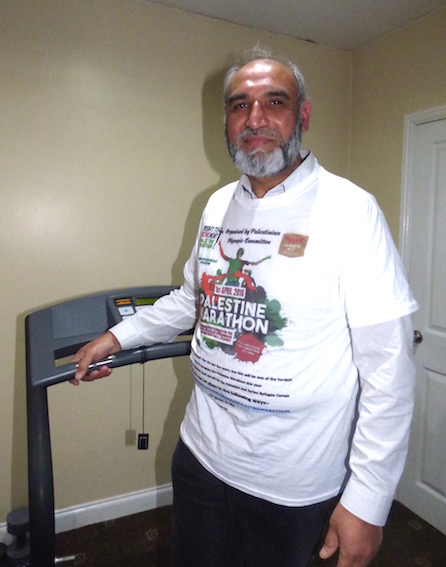 Having climbed Snowdon and Ben Nevis on community hikes he was looking for an overseas challenge and saw the opportunity to raise funds for good causes. Noor will tackle the 26 mile course, which starts and finishes in Manger Square, Bethlehem to raise money to help feed Palestinian and Syrian refugees.

He will be amongst 3,000 runners from many nationalities and religious backgrounds battling the 30 degree heat. The course passes the Al Aida and Ad Dheisheh regugee camps as well as running alongside the 8m high wall that divides Isreal and the occupied territories. The event highlights the restriction of movement that Palestinian face in their own country.

Noor has already received sponsorship from FeverFM, his trade union Unite and Richard Burgon MP. He is also touring Leeds speaking and collecting at mosques. All this on top of his early morning training runs.

“It was a bit of a spur of the moment thing” he said “When I heard about it I knew I wanted to do it and do it now before I’m too old.

“I’m really excited, it’s going to be very interesting. Running is great for bringing people together and I will be running with Christians, Jews and Muslims.”

Noor will also take the opportunity visit holy sites in Bethlehem and Jerusalem having paid all the costs of the trip himself.
If you would like to sponsor him go to: www.justgiving.com/noorzamanpalestinemarathon