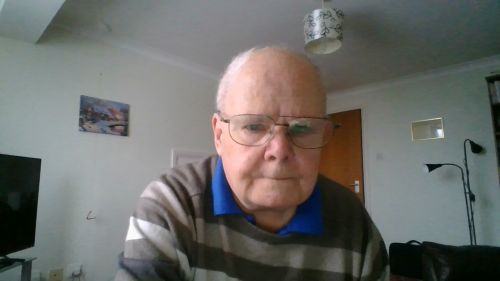 Like many of you I watched Coronation Street on Wednesday (9 May 2018) and Aidan in the programme committed suicide.

It brought back memories when in December 2012 I myself attempted suicide. The following is an edited version of a blog I did in 2013.

I also on one Sunday morning read out the full version of the editorial on air at South Leeds Community Radio.

I managed to keep myself together but was in tears as others were, when I came out of the South Leeds Community Radio studio.

As my story goes in December 2012.
My first time out of my sheltered housing flat since I had an operation, at St James’ Hospital two weeks before. I went down to my local pub with a lady friend as they were having a party.

On that day I had hit an all-time low, I got home about 1am in the morning. My mental health (depression) had been bad for some time.

My parents who were both diagnosed with cancer, in the year 2000. Both died 4 years later. Can you believe I was still grieving after 8 years.

Also I had money problems, although I had moved into sheltered accommodation. I had yet to sell my house. A relationship had gone wrong, and I was in then the most pain after the operation that I’ve ever known.

I decided I would take a huge dose of some medication, Amitriptyline, I was given by my GP two weeks before; and end my life. Amitriptyline is a mild antidepressant and also helps you to sleep.

I also took an overdose of Co-codimol plus Tramadol, which I had been taking for the pain.

I woke up about 24 hours later unable to move from my bed. For the next day or two, all I did was crawl to the toilet. I could not walk, and also drank sips of water. I could not keep food down. I did not dial 999 as I thought they would section me.

On the third day after I had taken the overdose, my intercom button to my flat door was being pressed. It was my lady friend; I did not answer the intercom, or open my flat door.

After not seeing me for three days, I think she knew something was wrong and shouted up at my bedroom window; she was going to get someone to break my door down. Thinking I don’t want my door breaking down, I crawled to my door pressed the intercom, and let her in.

Now in the year 2018, these thoughts are now miles away from my head. I have had two cancer scares in the last two years, but everything turned out OK.

I still have memory issues with Dementia and I’m Diabetic, but anything is better than all those years ago.

I have met many friends at BITMO GATE, Carla, Donna, Jennifer, Julie and Chris Holmes and all friends with the walking group.

Also thanks go to Alex (my mental health social worker, and Dr Lance Middleton (Psychologist) at Aire court in Middleton.

Everyone has now kept me on the straight and narrow.

Thank you all for your help, you don’t know how much you mean to me, and last big thanks to Jeremy (editor South Leeds Life) who must be pulling his hair out the blogs I write and go in the South Leeds Life newspaper.

Please, please if you’re upset by anything you read of this blog, get help from the Samaritans or your Doctor, anything is better than trying to do what I did.

Take care, bless you all.