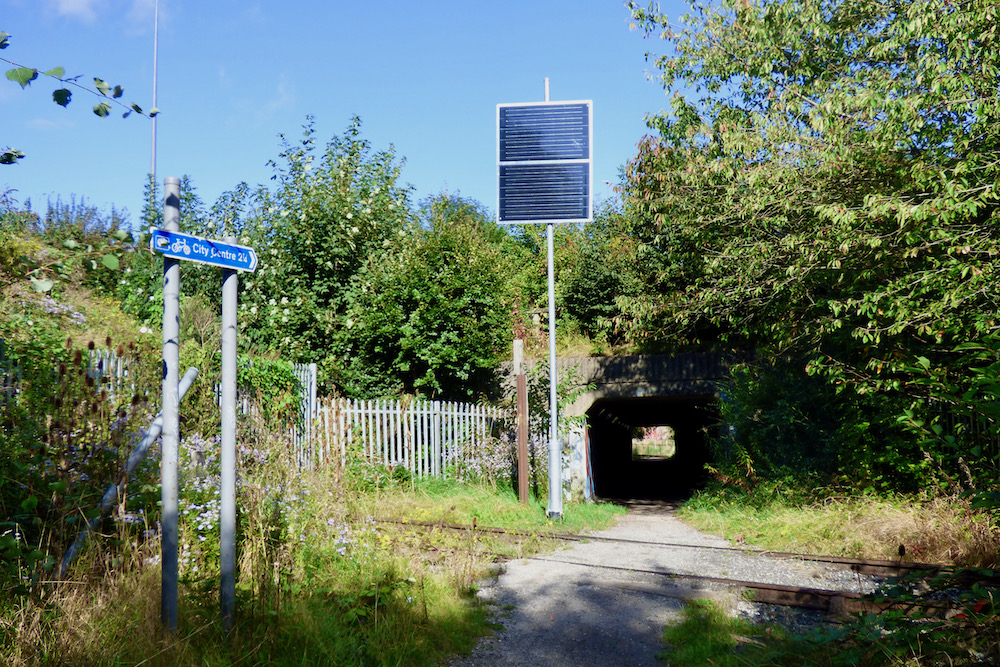 We councillors receive scores of queries and problems from our constituents and we always try to solve them immediately.

But every so often we are presented with a problem which takes weeks, if not months, to sort out. I received one such problem from the Chief of Middleton Railway which has its main station and exhibition centre on Moor Road in Hunslet. The problem has taken well over a year to sort with numerous correspondence!

Definitive footpaths are enshrined in law to protect them from being eradicated by unscrupulous landowners. There is no actual footpath at the side of the rail line worn by generations of feet over it and pedestrians walk on the loose stone ballast at the side of the line which is uneven and could result in a fall.

There is an alternative nearby footpath which surprisingly was not listed as definitive which leads through a tunnel for pedestrians under the motorway. The problem there was that it was pitch black in the middle – so much so that one could not even see where one was placing one’s feet! And, perhaps because of this, pedestrians favoured walking at the side of the rail line which they were legally entitled to do.

Middleton Railway, understandably, wished to close the rail line footpath and had to make application to the Council to do so. A condition of footpath closures is that it has to be advertised in The London Gazette which is the official journal for footpath closures and deviations. This advertising alone cost a few thousand pounds and the councillors from both Hunslet & Riverside and Middleton Park agreed to pay this sum to Middleton Railway as residents from both wards walk this route, and safety of pedestrians is a paramount consideration. This closure order has now been granted and the so-called footpath extinguished.

Whilst we were waiting for the closure order to be granted I made enquiries for installing lights under the non-definitive footpath leading under the M621 but the nearest electricity supply was so far away that the cost would have been prohibitive. I suggested that the tunnel could be lit by solar power and I am pleased to say that this has been done at a much-reduced cost. Again this was funded by both Hunslet & Riverside councillors and Middleton Park councillors.

Whilst solar power is good for the environment its supply is limited especially during the short days of winter. So, for the time being, the lights will stay on permanently between the hours of 7am and 7pm when the tunnel has its highest usage.

We councillors are pleased to support our historic Middleton Railway – the first commercial railway in the country which now takes passengers from Hunslet to lovely Middleton Park.

In doing so it is reassuring to know that trains can run safely without the danger of pedestrian accident.

2 Replies to “Making a footpath lawful and safe again”