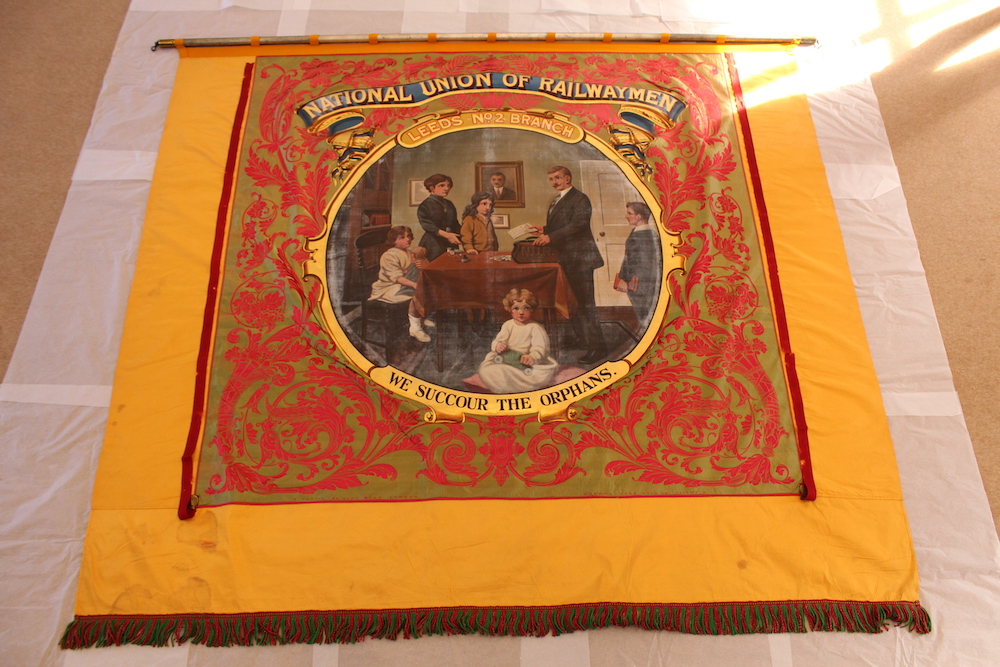 There is a very interesting exhibition ‘Living with Machines’ at the City Museum at the moment.

It traces the development and manufacture of machines from the mid 17th Century to the present day. A machine is defined as a device which is driven by forces other than by human ‘elbow grease’ such as wind, water, steam and electricity and, latterly, sun creating electricity.

Prior to the machine-age, people lived by the natural rhythms of the sun and season and earned their living by working from home by spinning and weaving, or making other objects to sell, or working in adjacent fields to produce food for themselves or sale in local markets.

Then later, working in mills meant that they were paid for their time at work rather than for the finished product. Although there were some industries making small items such as chain links, screws, pins and wooden bobbins were paid by the number of items produced – so-called ‘piece work’.

On display is an early clocking-in clock which recorded the time of arrival of the worker and the time they “clocked off”. Many older residents in Hunslet will know them as “punch clocks” and I regret the change of name of the local public house The Punch Clock which reminded one of Hunslet’s history.

Benjamin Gott and John Marshall of Leeds harnessed steam power in bigger mills employing hundreds of people. But even before then our Industrial Museum at Armley was powered by water turbines – the first in the country – which were more efficient than waterwheels. It is interesting to note, however, that Thwaite Mills, which produced putty had no electricity and was powered entirely by its waterwheel until the weir which directed water to it was breached in the 1970s. The weir is now restored.

But the hours of work in the early 19th Century were appalling. Growing up in Kirkstall I was well aware of Richard Oastler 1789-1861, who is buried in his family’s vault at the rear of my local St Stephen’s Church. He campaigned for “The Ten Hour Act” restricting the hours of work for women and children – children who were as young as five years old. He organised rallies and demonstrations and, although not a member of Parliament himself, he supported other members regardless of party to get the Act through Parliament which it eventually did in 1847.

Undoubtedly, the higher wages of workers in mills and factories gave workers more money to spend on food, clothing and household items. But this came at a great cost to workers’ lives. Accidents and deaths were common, particularly with children and although the Ten Hour Act reduced their hours of work, it was not until 1901 that the working age was raised to 12 years.

Many machines had to be maintained and repaired while still working as it was too expensive for them to be switched off and many accidents resulted. Workers could pay into Friendly Society Insurance schemes and on display in the exhibition is a huge banner commemorating 100 years 1760-1860 of ‘The Armley Clothiers Loyal Friendly Society’.

Another huge banner made of silk and wool from the National Union of Railwaymen, now the RMT, states “We succour the orphans.” Local union members raised money to support the children of workers who had been killed. By 1917 the Union’s Orphan Fund was supporting almost 3,000 children. Today the RMT still has a benefit fund for union members who have died in service.

It is inconceivable today that we could live without machines. One has only to look round one’s home to see how many we own and use. But we should never forget the sacrifice that our predecessors made for our ease of living.
Adjacent to the Living with Machines exhibition is a gallery with another interesting display of the lives and influence of the Ancient Greeks, Romans and Egyptians with many artefacts found in Leeds and Yorkshire. But that is another story.

The City Museum is free admission and is open Tuesday-Friday 10am-5pm and Saturdays and Sundays 11am-5pm. Living with Machines Exhibition runs until Sunday 8 January 2023.

This post was written by Hon Ald Elizabeth Nash