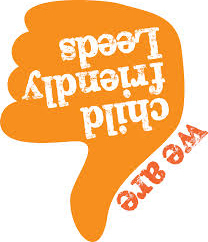 EXCLUSIVE: South Leeds to be the guinea-pig for ten term year

Leeds schools are possibly set for a major upheaval in the coming 2-3 years, with news that the Council’s Children’s Services department are – in conjunction with several of the local academy trusts – looking seriously at introducing a new ‘metric’ term system. The impact will be especially felt in south Leeds, where they are looking to pilot the scheme from as early as 2018, before rolling it out city-wide.

Details are as yet unclear but, with a leaked memo from a member of the Children’s Services executive board going to a handful of media outlets in the city this week, information is starting to emerge. South Leeds Life discloses here what is known so far, and what it could mean for our schools, our communities, and our city.

The metric term system sees the school year broken down from the current three-term system, to ten terms per year. Each term is just four weeks long, followed by a one week break – except for August and Christmas, which each have a fortnight. It has becoming increasingly common in mainland European countries including Denmark, Montenegro, and some of the German federal states in the past 5 years – and is also being considered by several UK local authorities including Southampton and Wandsworth in London.

But it seems none of them are as far advanced towards adopting the system as Leeds. At the March meeting of the Curriculum Review and Advice Panel – made up of representatives from Children’s Services and all the major local academy trusts – it was formally agreed to move the city’s schools towards the metric system. Although a timetable was not agreed at the meeting, it is understood that the majority favoured a pilot to start as early as September 2018, with the scheme then being rolled out across the city in 2019 or 2020. Of particular note to south Leeds readers, the leaked memo earmarks the south Leeds schools cluster as the guinea-pig to trial out the programme from 2018.

“We’ve undertaken a full 380 degree review of the term structure, looked at the evidence from places like Denmark, and are convinced that this is the way ahead. We all know how much pupils suffer and slip back in terms of attainment during the long summer holidays in particular – so here is a bold, effective, and also very tidy solution. We appreciate this will come as a shock to many parents and schools, but take very seriously the fact that Leeds is a Child-Friendly City, so the needs of the children must come first. So let’s embrace this as a city, pioneer it ahead of anywhere else in the UK, and reap the benefits.”

In a further twist, the memo suggests that several of the local academy trusts are behind the original proposal, and have been quietly lobbying for it for at least 2-3 years. The trusts represented at the meeting all declined to comment themselves, but we did receive the following statement from Hugh Musby-Kidden of Mabey-Knott consultants, on their behalf:

“The relationship between academies and local authorities has not always been easy, but our members in Leeds are delighted to be working with the City Council there on this exciting new scheme. It will generate some challenges, but we have to look to the long-term – and if necessary, make tough decisions that will lead to huge impact further down the line. Let’s not forget: our children are the future. Also, it saves money.”

With news of the proposal only just beginning to filter down to parents groups, schools, trade unions, and community groups, many people are responding with a mix of anger and disbelief.

Poppy Cockburn, chair of the Leeds branch of the Working Teachers Federation and Cottingley resident, told us: “If it’s true, it’s ridiculous, and it won’t work. Holidays will become a minefield, teachers will flock out of the city, and schools will be forced to shut up shop. It’ll be mayhem. We need to find out more, urgently – then mount a serious challenge to this bureaucratic meddling.”

And Justina Flapp, a parent at Hunslet Primary School, commented: “We’ve been so mucked about by Children’s Services recently, with them messing up term dates last year and so on; then we hear all schools are to become academies; now this madness. And just because it works in Europe, that doesn’t mean it’ll work here.”

At the time of going to press, it seems that a coalition is forming to challenge the move – featuring unlikely bed-fellows including the Socialist Workers Party, UKIP, the NUT, and Save the Children. What do you think? Find out more or join the debate here at southleedslife.com, or on social media.