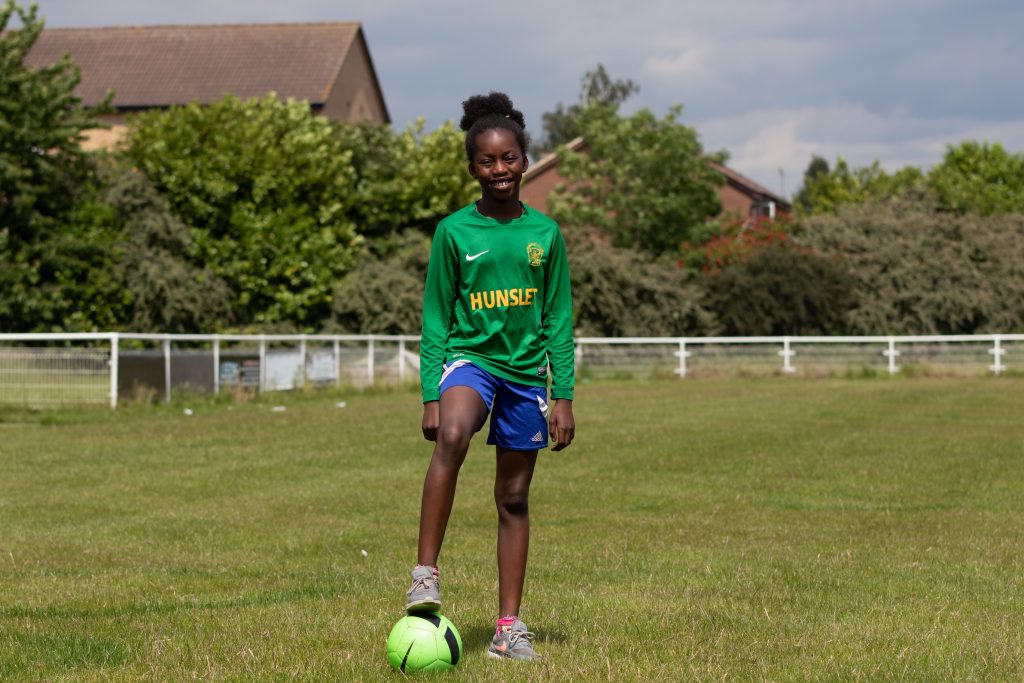 Maybe it was growing up close to Elland Road. Maybe it was the influence of her five siblings, all of whom are involved in football either as coaches or as players.

What is certain is that Kelly Kusi is a star in the making. The former Hunslet Club player has gone from kicking balls in the streets to making it into the prestigious Leeds United Regional Talent Club (RTC) last year.

This is a coaching centre for “players identified has having elite potential” with the aim of equipping them to “play at the highest level of football for both club and country”.

To cap it all off, she’s been retained for the upcoming season.

“I saw my brothers play football and it looked interesting, so when I was eight I came to Hunslet to play,” said the 10-year-old from Holbeck.

“It was really good. They taught me some skills and I could practise at home. If it wasn’t for Hunslet, I wouldn’t even be at Leeds.”

Her brother Oti, a football coach at the Hunslet Club, recalls how his sister swapped the green of Hunslet for the famous white of Leeds United.

“The Hunslet Girls team went through to the finals at Wetherby. Some of the coaches of Leeds United were there, including Julia [a former coach at the Hunslet Club].

“Later on, they spoke to us and said that Kelly could come for trials.” The rest was history.

After joining the RTC, Kusi now plays on 3G pitches in Sherburn-in-Elmet and has to commit to a more rigorous afterschool training regime three times a week.

“They make it really hard. It’s two-hour training. You have to bring lots of water and you get really tired,” she said.

“Sometimes, because they make the pitch smaller, you have to take less [sic] touches and we do fitness testing.”

Now that she’s been retained for the 2019/20 season, the striker is aiming high as women’s football rides on the wave of interest generated by the ongoing Women’s World Cup.

“When I see space, I run into it, and when I have an opportunity to shoot, I shoot. Because I’m really fast I mainly get the ball up front because I can run to the ball and shoot from far distance.

“My target is to be louder. If I’m really quiet I don’t get the ball often, so if I shout and demand the ball that’s when I’ll get it.”

She says her favourite players are Jordan Nobbs and Lucy Bronze, and maybe that’s appropriate. For it might well be that a golden talent has been unearthed.

2 Replies to “Kelly: a young lioness from Holbeck playing with Leeds United”