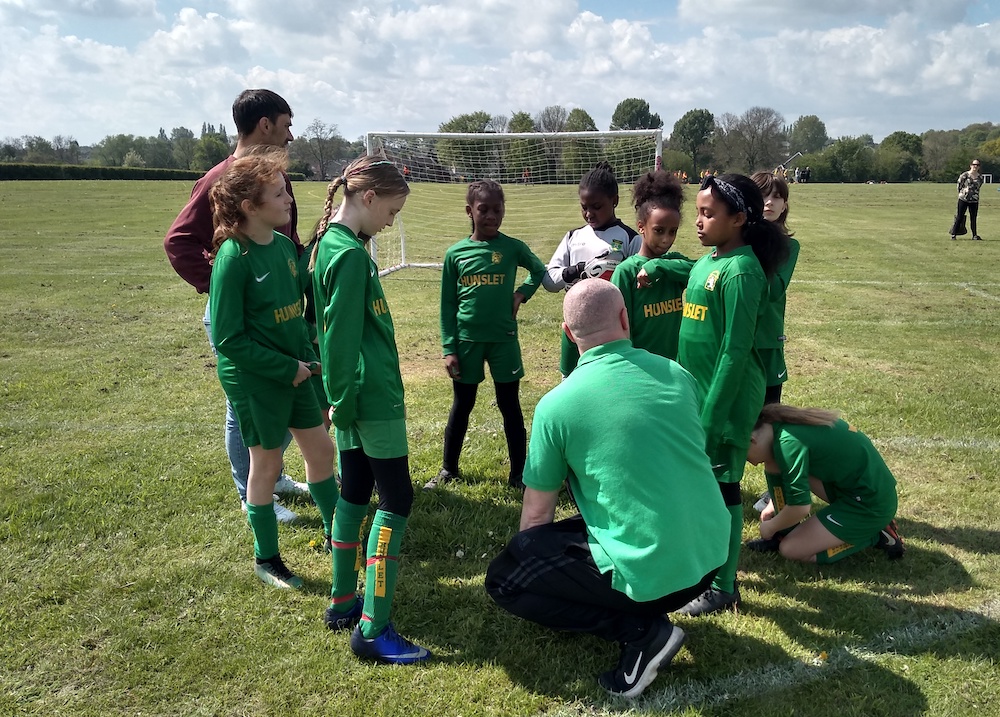 Damien Gaffney never expected to manage a successful team when he first took his football-loving daughter to a Hunslet Club training session two years ago.

Yet now he finds himself coaching the only all-girls team in South Leeds, Hunslet Girls U10s, which has been blazing a trail.

Last year the side won the West Riding Girls Football League U9 Shield with a victory against Leeds City Juniors in the final and almost repeated their heroics in 2019 by reaching the final of the U10 version.

After another cup run that saw the team emerge victorious from two penalty shoot-outs, only a heartbreaking late goal consigned them to defeat against Ryburn United in this year’s U10 Shield final.

Nevertheless, the team’s progress is a source of pride for Gaffney, especially after the loss of a key player to the Leeds United Regional Talent Club.

“In the league we’ve won a lot of games and I know managers don’t look forward to seeing us,” he says.

“We’re still moving forward despite players leaving. It wouldn’t surprise me at all if Leeds United came again and looked at some other players.”

Hunslet Girls have few local opponents, resulting in some long away trips, but they have been undeterred as they and girls’ football grow.

“There’s only a handful of clubs within the Leeds area, so we travel a bit. The game is starting to take off and we’re starting to see a lot of teams emerge,” Gaffney enthuses.

“We’ve had four trips to Hebden Bridge this season – it’s a bit of a challenge but the parents have stuck with us, even through the grim weather. We’ve stuck at it and there’s been some reward.”

Next season will see the team move to U11 level and face new challenges, including larger goals, 9-a-side formations, tactical adjustments and the offside trap. 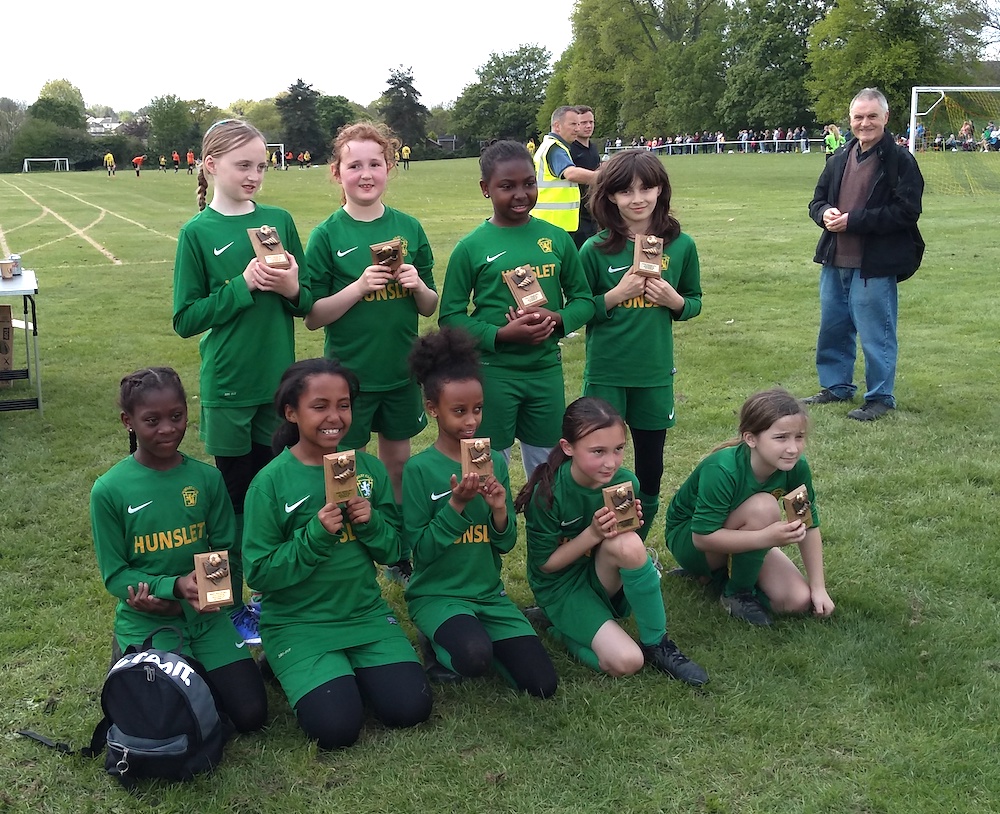 And with other sports potentially luring players away from football, the Hunslet coach is keen to see fresh faces contribute to the upcoming campaign.

“Every season presents a new set of challenges. Things have boded well but it’s a new way of playing.

“We’re always looking to encourage new girls to come. A key part of next season is retention and having social occasions.

“It’s about getting the girls together and the social side – it’s not just about football and winning games,” he emphasises, pointing to the archery and assault course activities the team undertakes at the West Leeds Activity Centre.

“I’m keen for them to bond and a lot of them come from different schools. When they all get together, they’re really close and that’s really important.

“There’s life lessons for the girls outside of football. Football’s my passion but I like to see these girls grow as women, and they are. They’re thriving in that environment.”

With yesterday’s Women’s World Cup game between England and Scotland attracting 6.1 million UK viewers – a record for a women’s football match – there’s never been a better time for young girls to get involved in the beautiful game. Could it be a source of inspiration for Gaffney’s side?

“Something I’m going to be pushing in my sessions is to watch these girls because they’re role models. It’s a big moment,” he agrees.

“It shows that ladies can play football too and it might have a knock-on effect around here and encourage more girls to come to us.

“It’s a boom time for girls’ football and we’re keen to build on that.”

More information about joining a local football team can be found on the Hunslet Club’s website: www.hunsletclub.org.uk/our-activities/football