Hunslet RLFC will entertain Hunslet Club Parkside in a ‘State of Hunslet’ rematch at the South Leeds Stadium as part of their 2018 pre-season schedule.

Hunslet will be looking for revenge when they take on the current National Conference Cup winners, as it was Parkside who came out on top last season, winning a close game by a single point in a 18-19 victory.

The following Friday Hunslet will host the current Super League Champions Leeds Rhinos. The Harry Jepson OBE Memorial Cup will be played at the South Leeds Stadium on Friday 9 February, 7:30pm kick off.

Hunslet kick off their 2018 League 1 campaign on the road taking on Hemel Stags at Pennine Way. The opening game of the season will take place on Sunday 18 February.

The following week the Parksiders return to the South Leeds Stadium to face Whitehaven in their first home game of the league season. This is followed by a home tie against North Wales in round three, before the short trip to the Provident Stadium to face the Bradford Bulls in a mouth-watering clash.

The traditional Good Friday fixture will see Hunslet host Keighley Cougars with a 2pm kick off and they will face old rivals York City Knights at the South Leeds Stadium in round nine.

The newly formed West Wales Raiders will visit South Leeds Stadium on Sunday 27 May and Hunslet finish the league campaign away to Coventry Bears.

The League 1 play-off format has also been confirmed with two teams being promoted to the Championship at the end of the season. The league leaders will automatically be promoted with the below four teams in the league ladder competing in a play-off format. Second will play fifth, and third will play fourth with the winners of each match competing in a Grand Final to determine which team is promoted to the Championship. 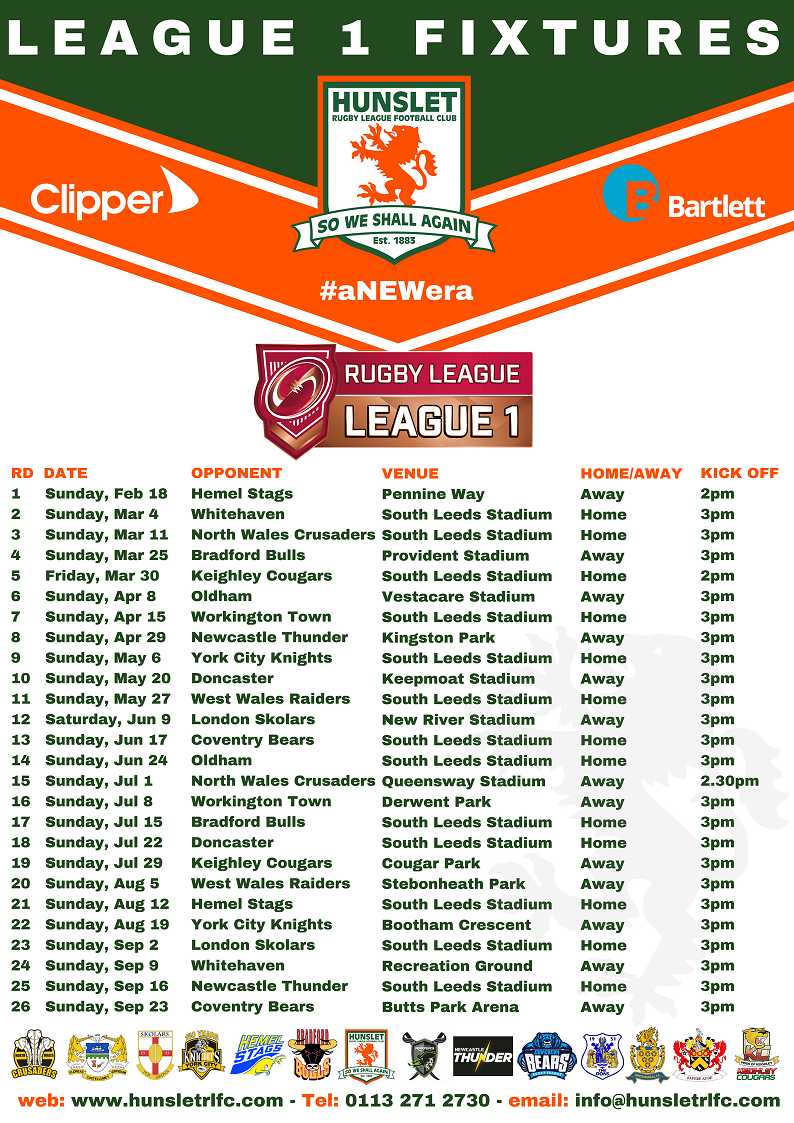