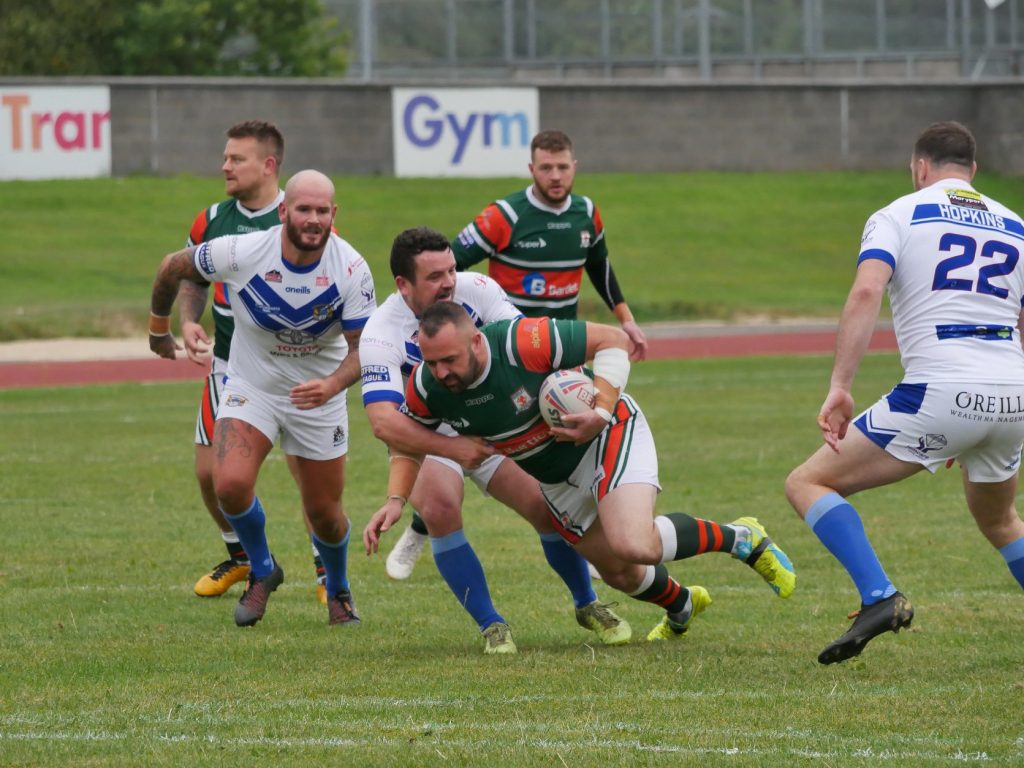 Hunslet RLFC ended the 2019 season in disappointment yesterday (15 September 2019) as they were knocked out of the Betfred League 1 Elimination Playoff by a Workington Town side that had beaten the Parksiders four times over the course of the season.

The home and second half voodoo struck again as Hunslet failed to register a point in the second period and lost at home for the 7th time to a Top 6 side. 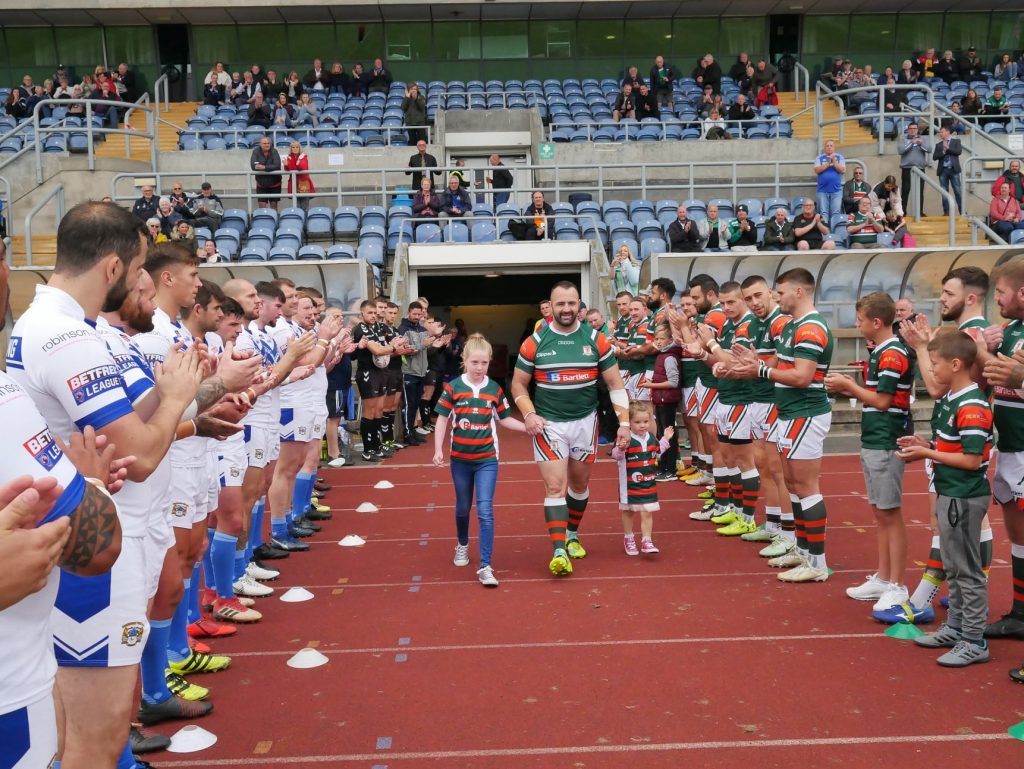 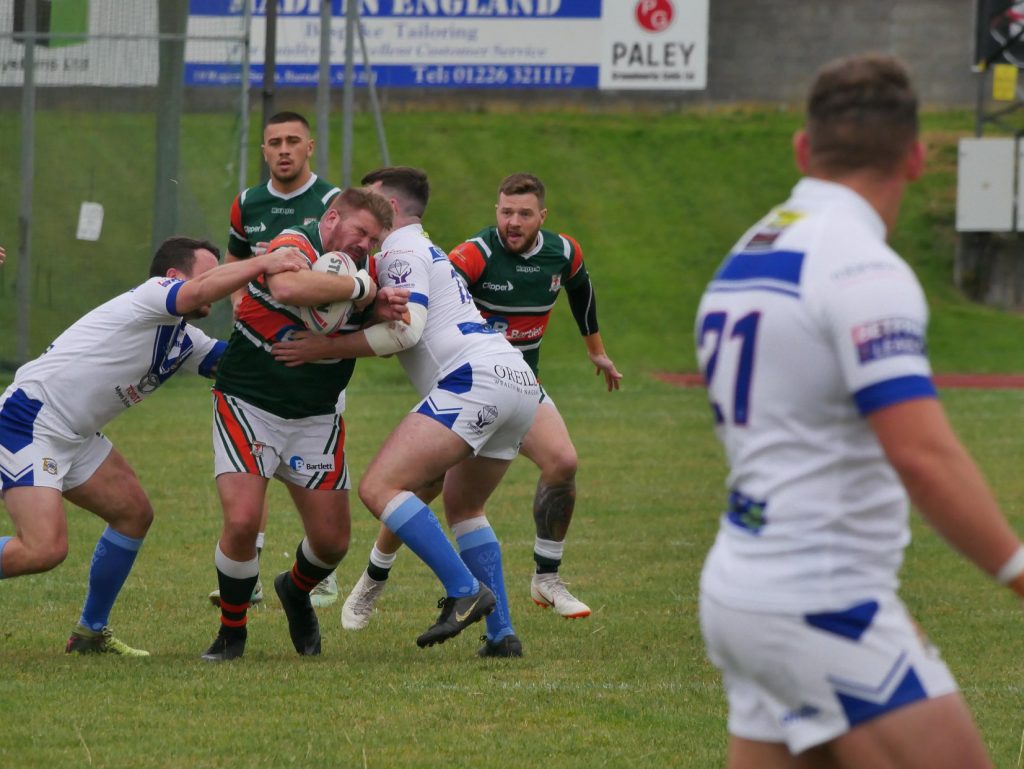 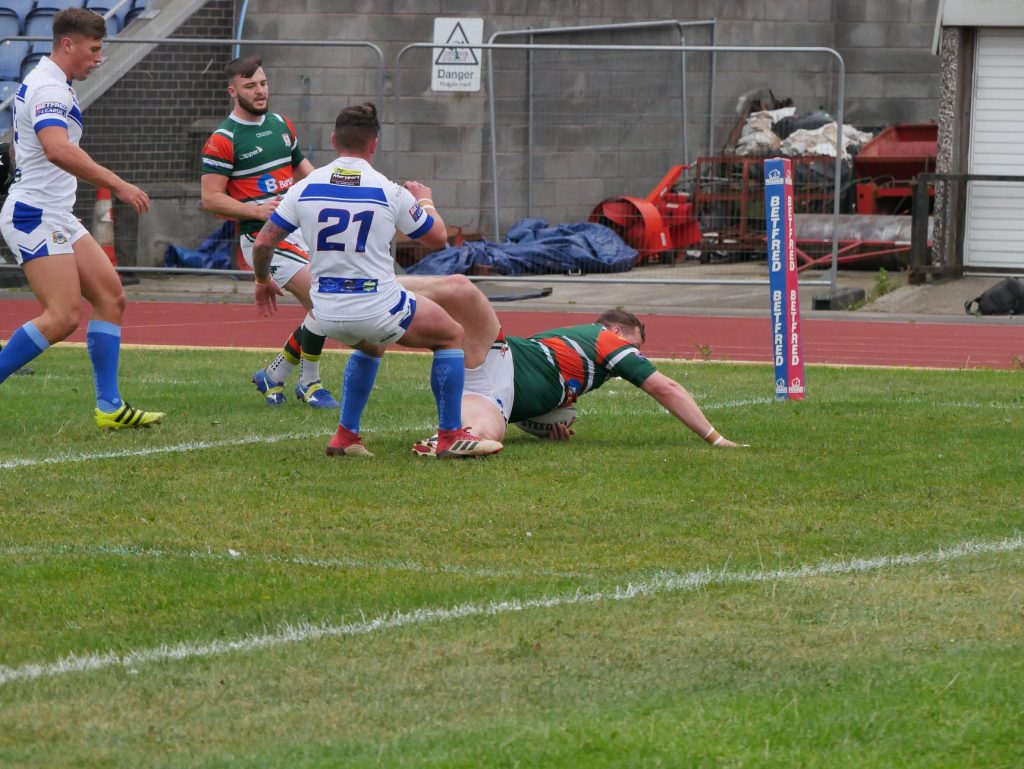 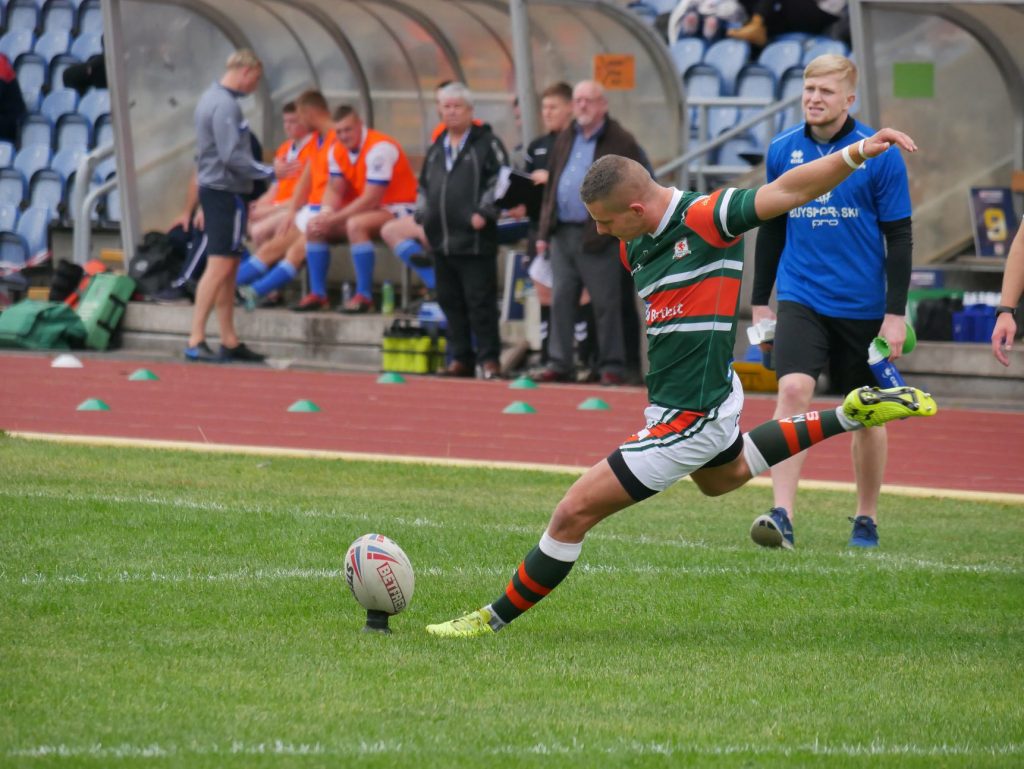 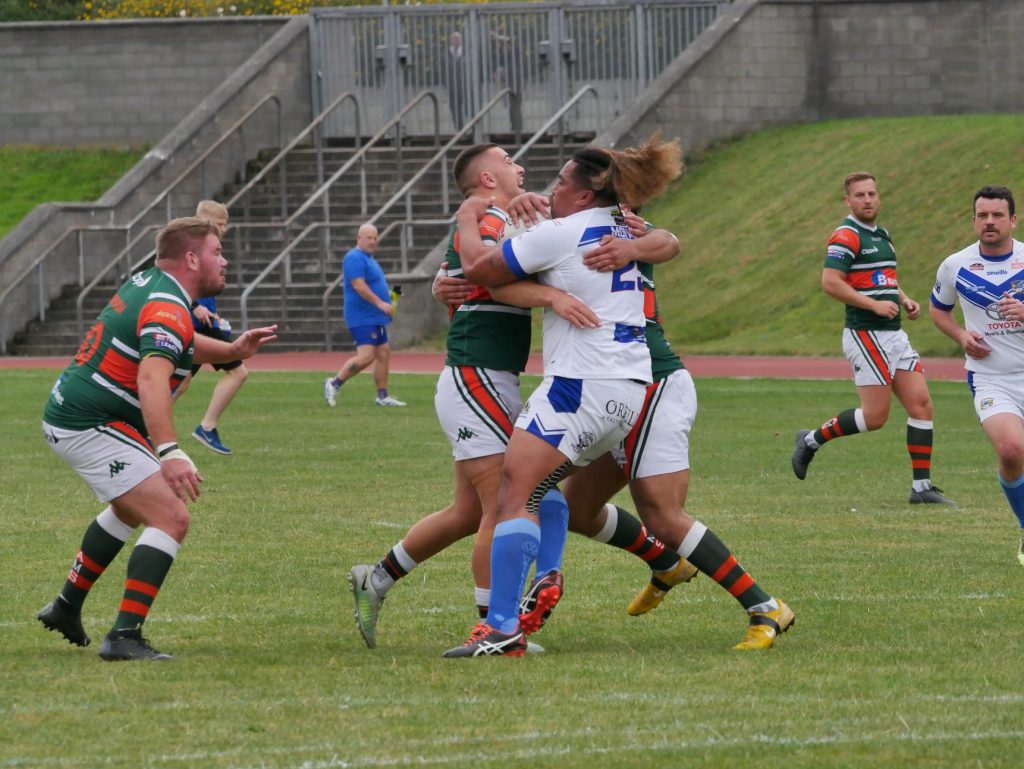 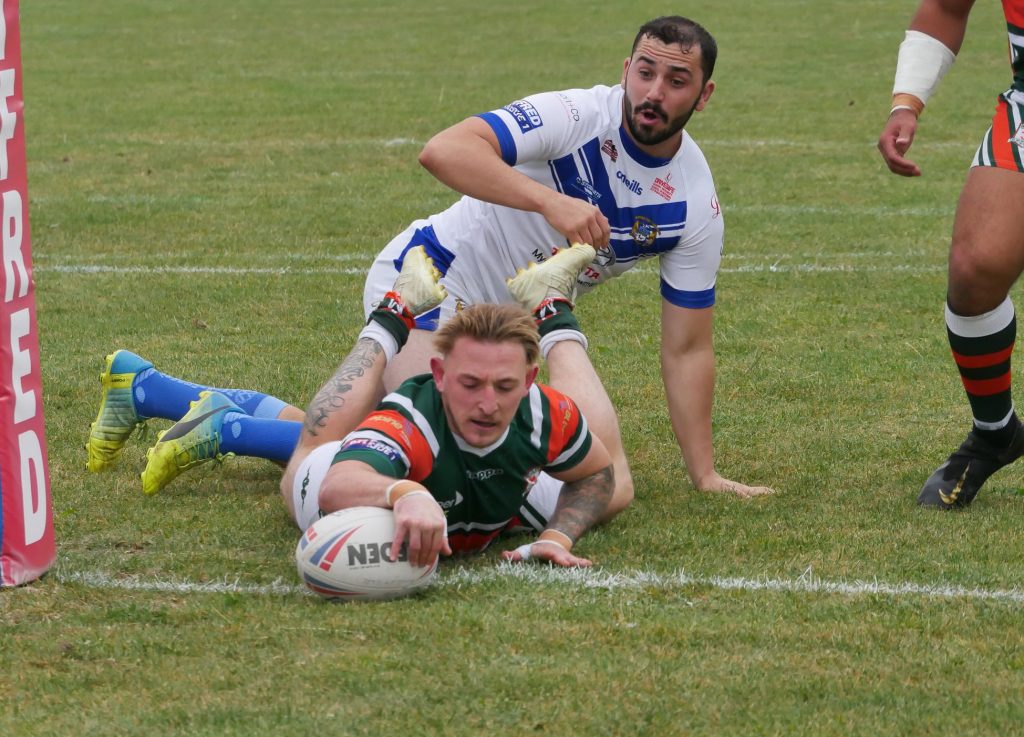 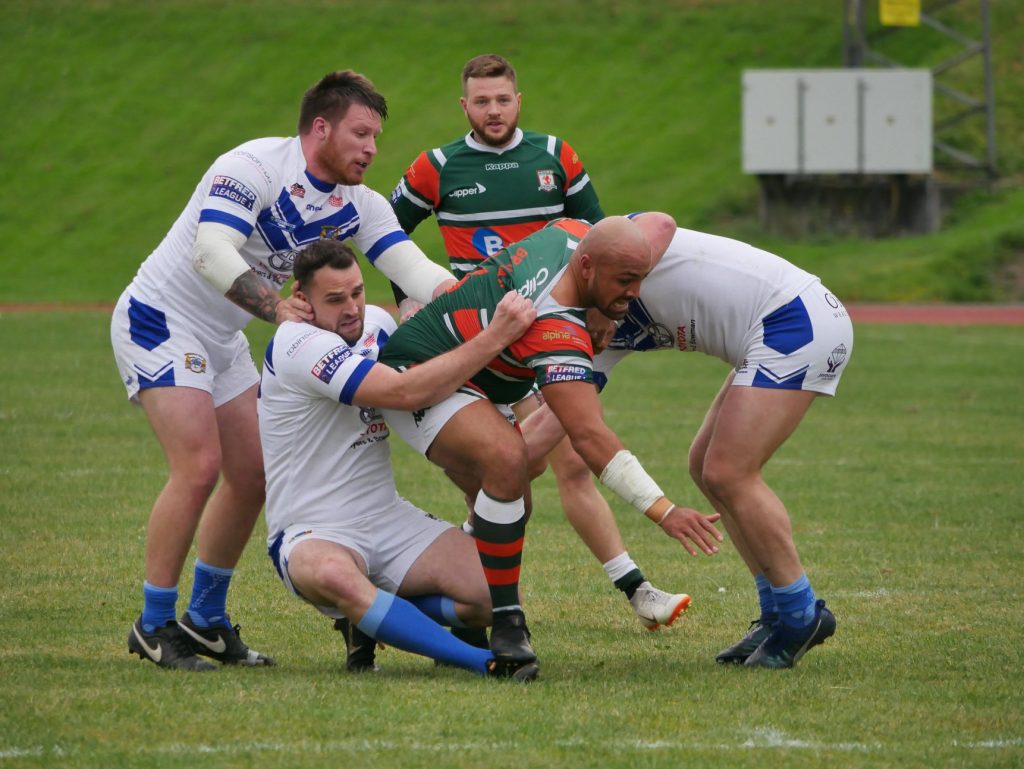 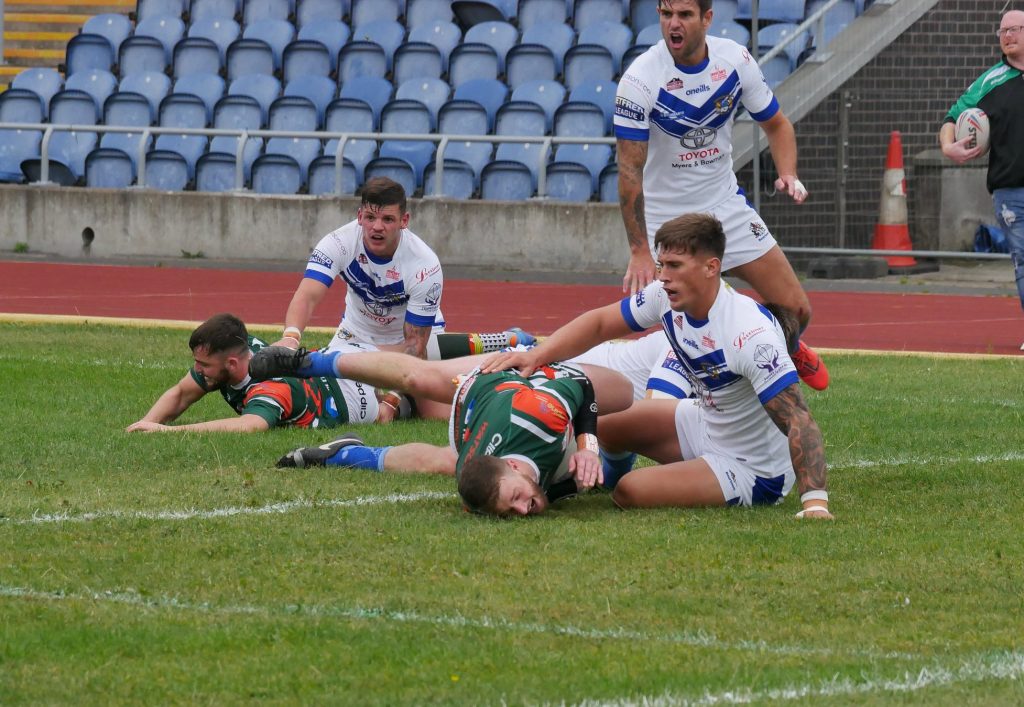 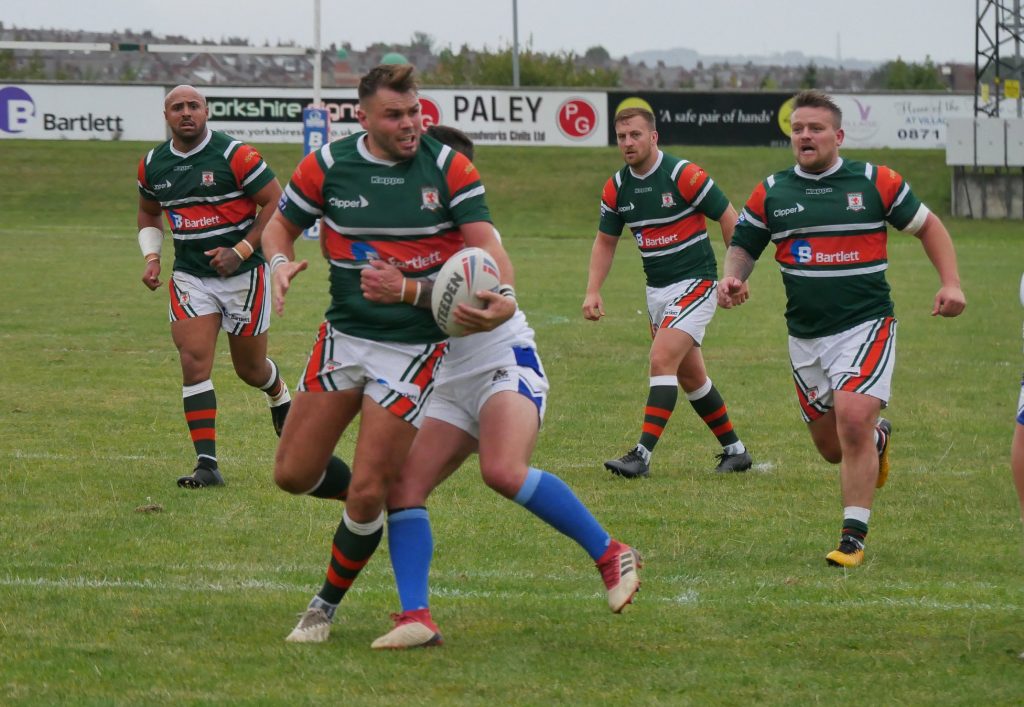 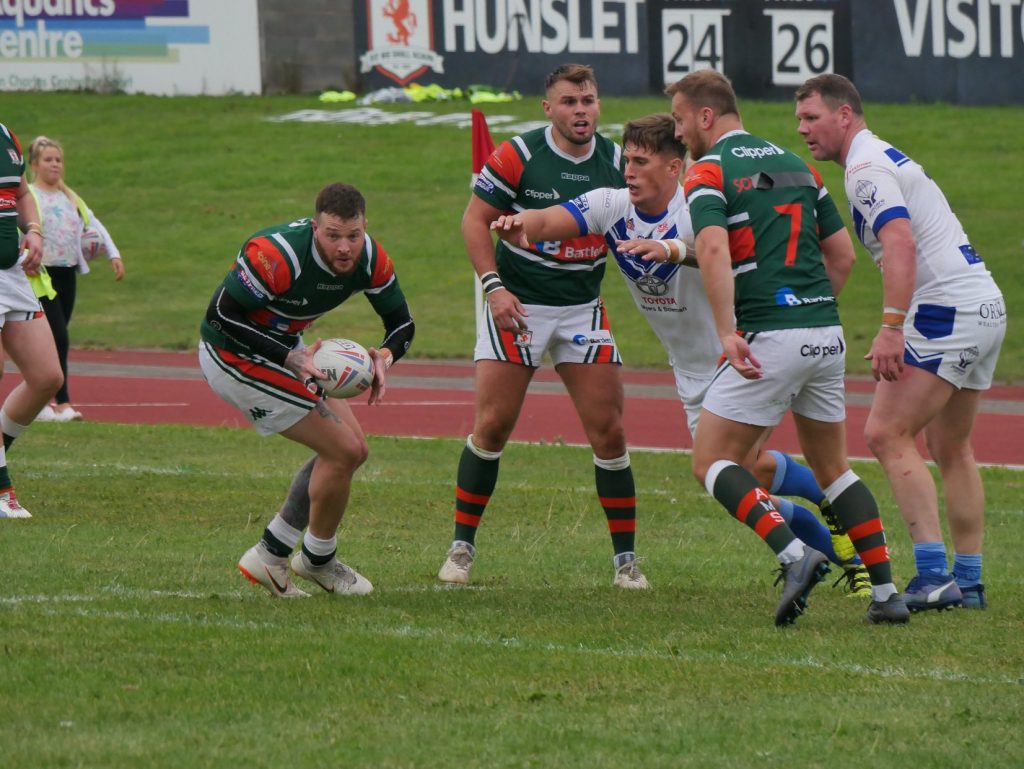 The game had hardly got underway when Workington opened the scoring, what looked like a forward pass was missed and Maudling scored in the corner for the Cumbrians. In truth Hunslet had gifted field position with a penalty conceded on only the second tackle. 0-6 after only a minute.

The first half was fairly even and Hunslet replied only 8 minutes later when Tom Ashton was too strong in the left corner after some quick passing. Unusually though Joe Sanderson missed the conversion and Town still led 4-6.

A clever chip kick sent Scholey in to score for the visitors under the posts on 14 minutes before a Simon Brown bomb was miss-fielded by the Workington full-back. Quick thinking Michael Haley offloaded to Ryan Wright who stretched out to score. 10-12 at the quarter way mark.

Hunslet now had their best period with Tom Ashton doubling his tally to make it 16-12. Charlie Martin could have stretched the lead after Reece Chapman-Smith had fielded a poor Workington touch finder, but the Centre was held short.

Frustratingly it was Workington who registered next when the experienced Sean Penkywicz risked a little grubber kick, the bounce paid off and with a try under the posts the easy conversion made it 16-18 in favour of the visitors.

With half time fast approaching a try now would give either team a good advantage and it was Hunslet that took the initiative. Fantastic inter play down the left wing between Reece Chapman-Smith and Jimmy Watson sent the full-back over for a try which Sanderson converted. The half-back converted a penalty to stretch Hunslet’s lead further and on the hooter it was the Parksiders who were in command. 24-18.

With such a lot at stake and having won at Hunslet twice already this season Workington were going to come out for the second half with renewed vigour. But for once Hunslet’s defence held solid, repelling attack after attack.

It took until the 53rd minute before Moi Moi found a gap to break through and level up the scores at 24-24. The visitors edged in front shortly after when Charlie Martin was adjudged to have obstructed Town’s defence. 24-26.

Hunslet’s second half performances have been poor of late, but now they had a good period. Both Adam Robinson and Joe Sanderson broke through, but the moves could not be finished, and in fact it looked like the home side were cursed when after Brown had kicked to Potts his final pass was agonisingly fumbled by Charlie Martin with the line wide open.

Almost immediately Sean Penkywicz doubled his tally barging over in the left corner and with conversion and only 5 minutes remaining it looked like the 8 point gap would be too much for Hunslet to make up. 24-32.

Indeed it was, and on the hooter there were some glum faces in Myrtle, Flame and White. A season of much promise turned in a damp squib and the Hunslet faithful were left wondering what would have been if only the Parksiders home form had been as good as that of their away form.

Josh Tonks and Zach Braham had ran really well and happily it looks like they will still be at the South Leeds Stadium next year. But there will be a lot of new faces as many players retire including fans’ favourite Michael Haley who bowed out with a Man of the Match performance after six great seasons at Hunslet.

3 Replies to “Hunslet crash out of the playoffs”