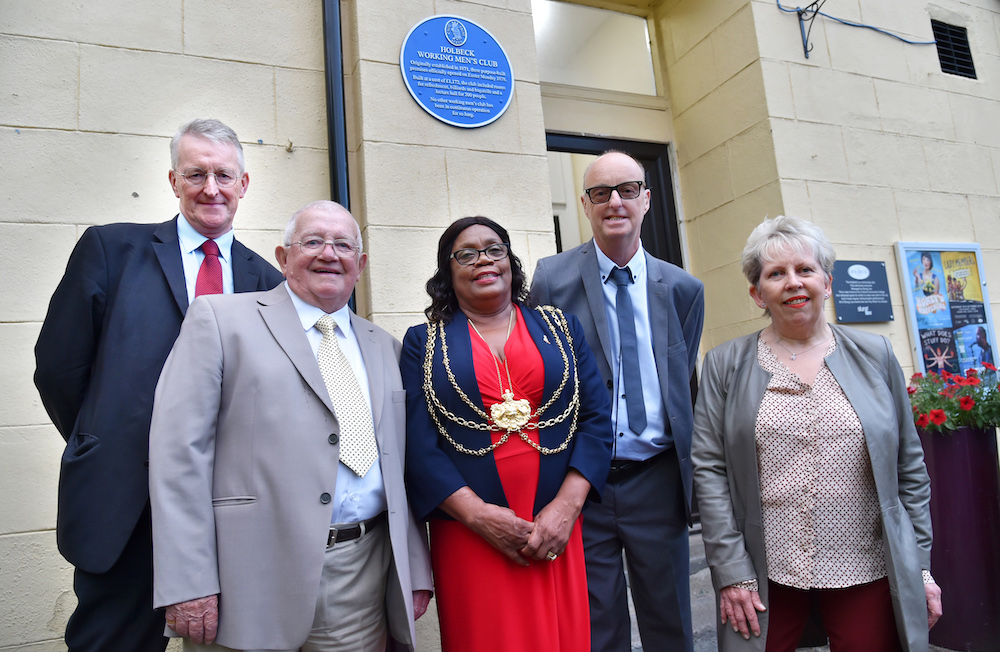 Thursday (12 September 2019) saw Leeds Civic Trust unveiling a blue plaque to celebrate the Holbeck Working Men’s Club. The unveiling featured a specially commissioned poem by Ian McMillan (see below), as well as a performance by the Commoners Choir.

Formed in 1871 the Holbeck Working Men’s Club is the United Kingdom’s oldest continuously opened working men’s club with the current premises opening its doors to the working men of south Leeds in 1878. 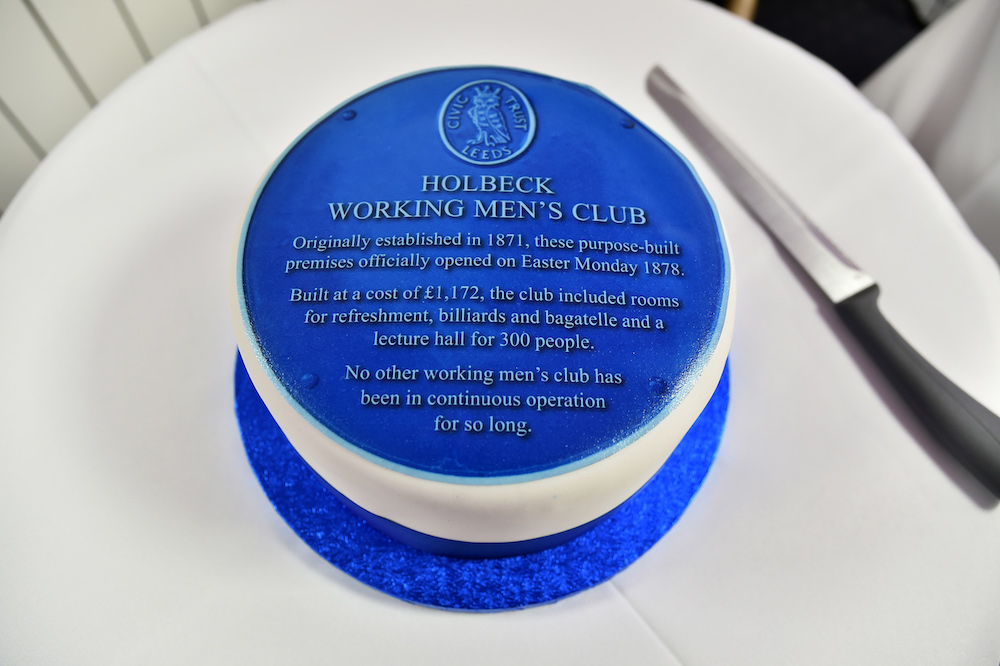 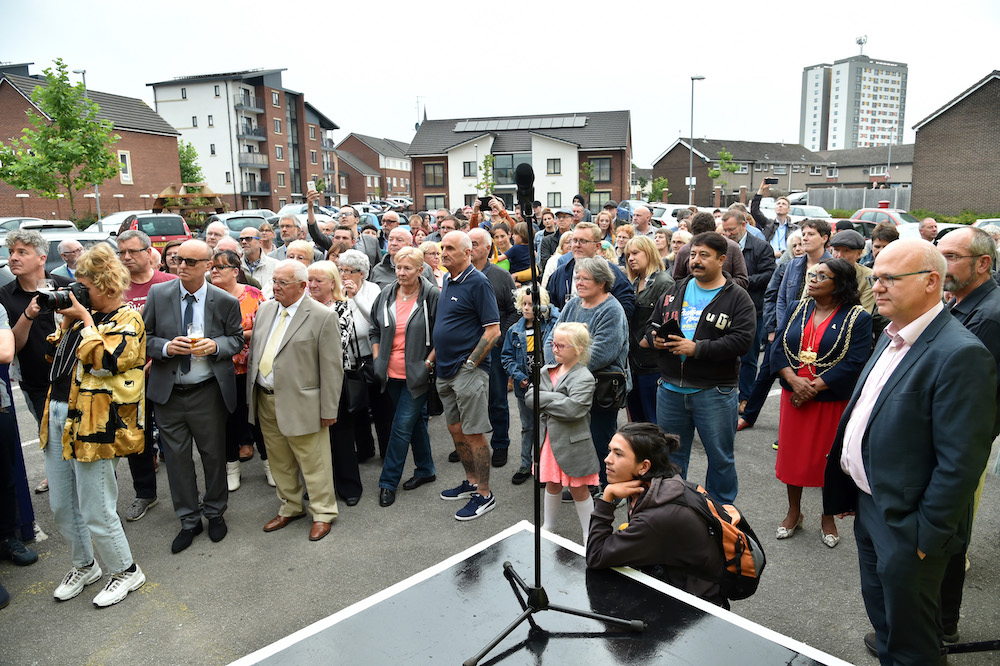 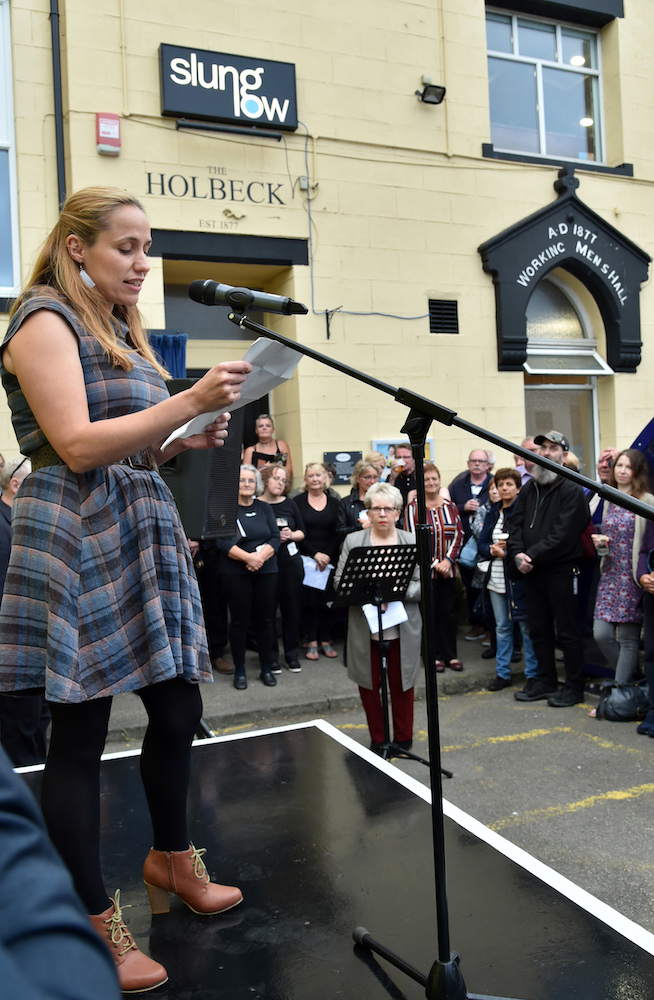 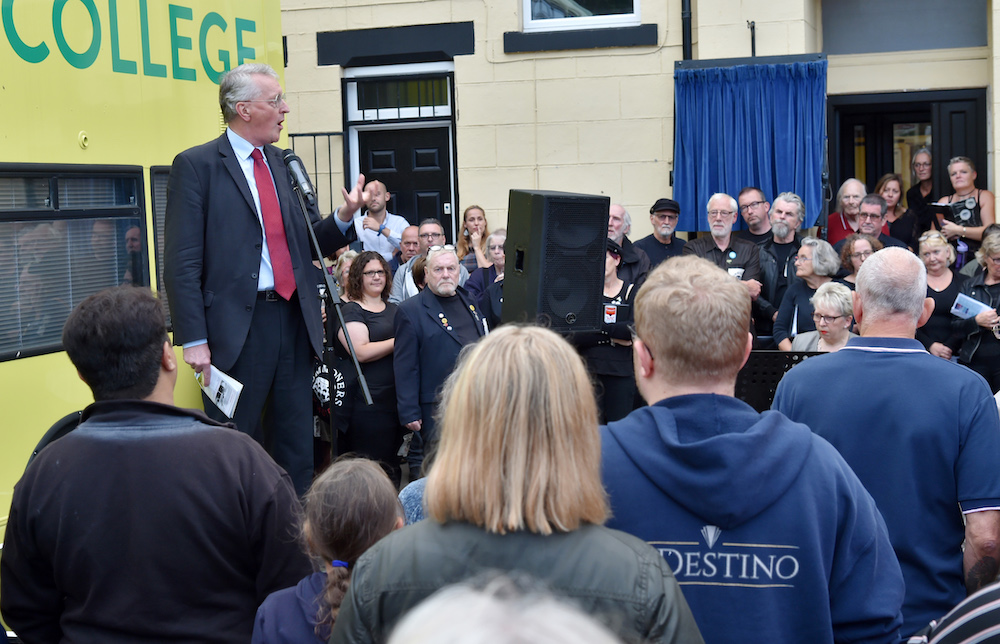 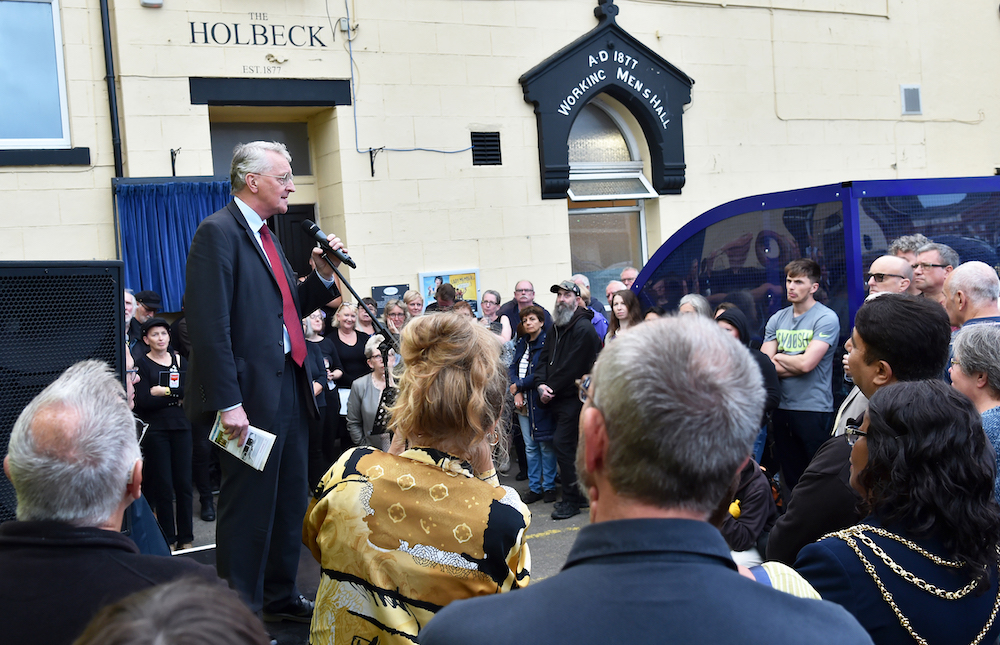 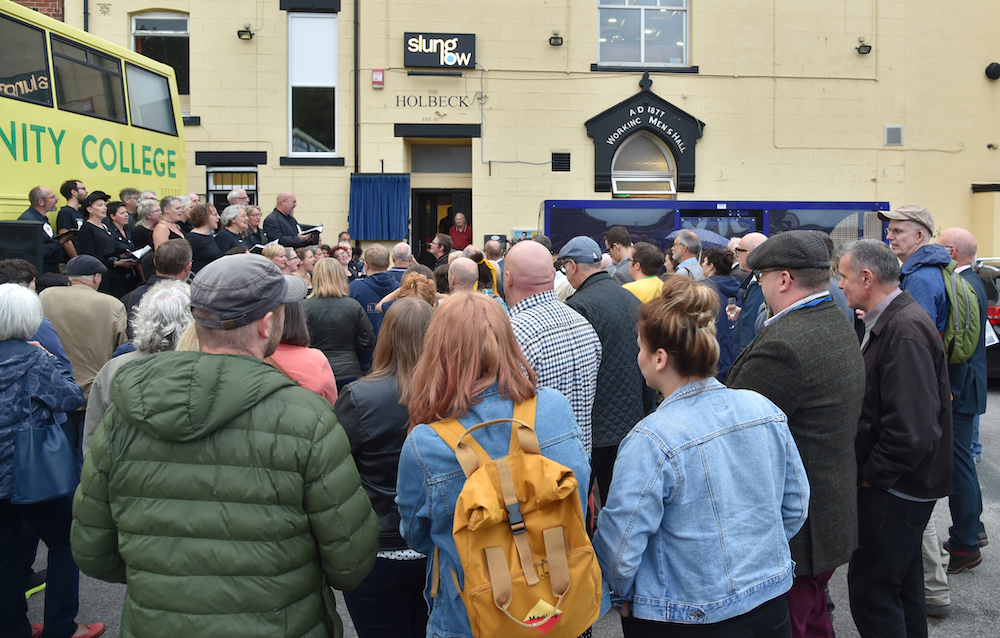 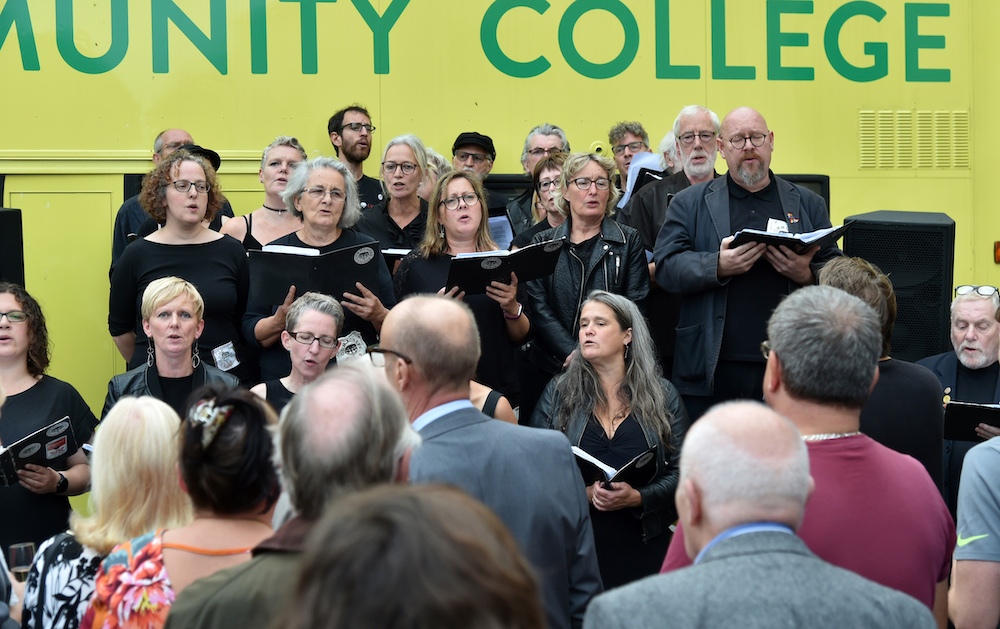 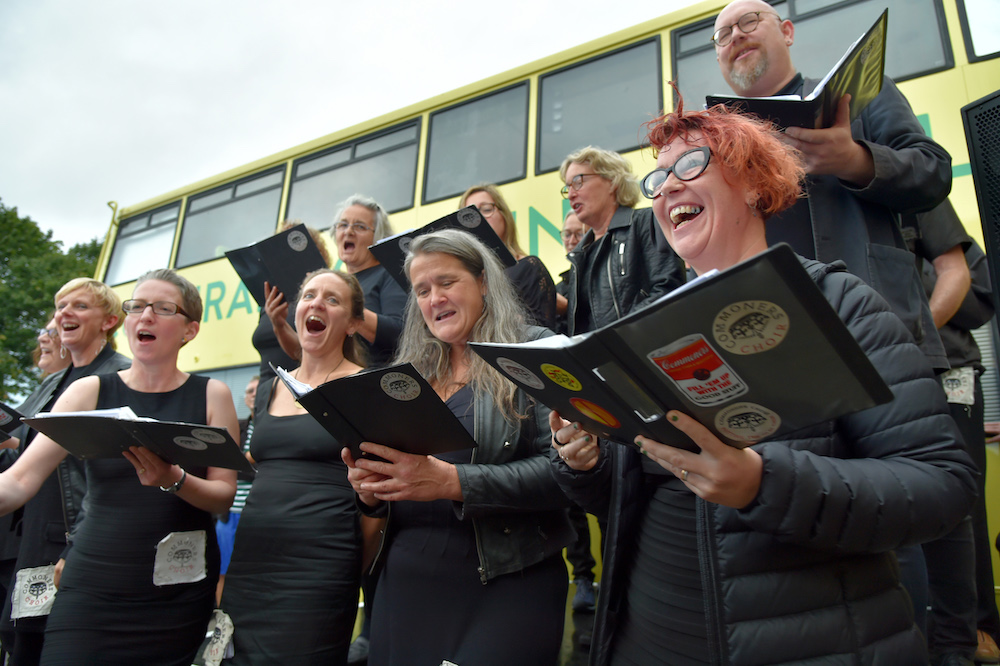 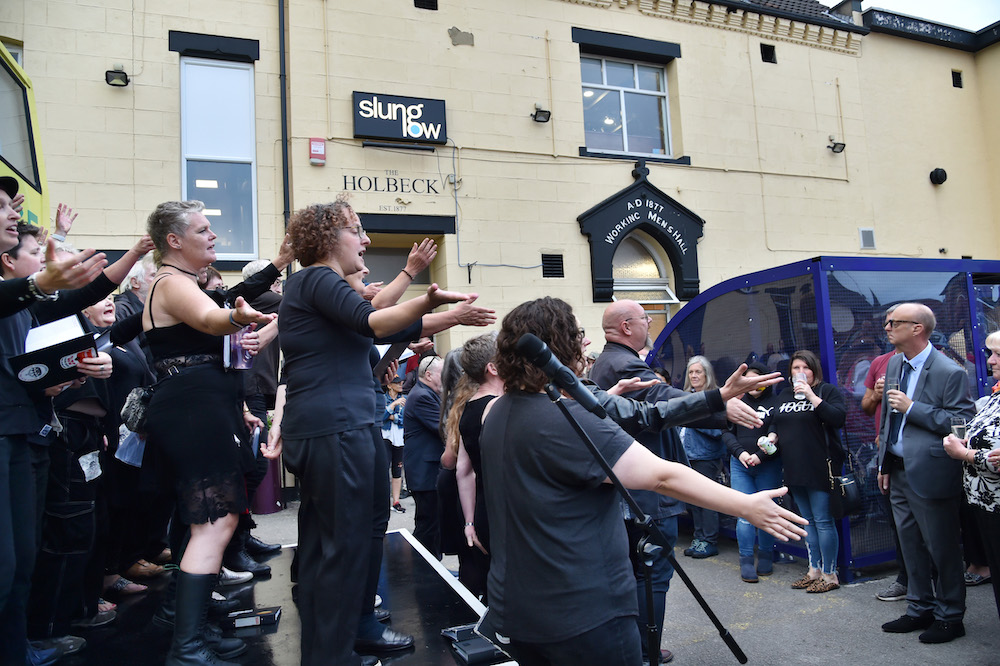 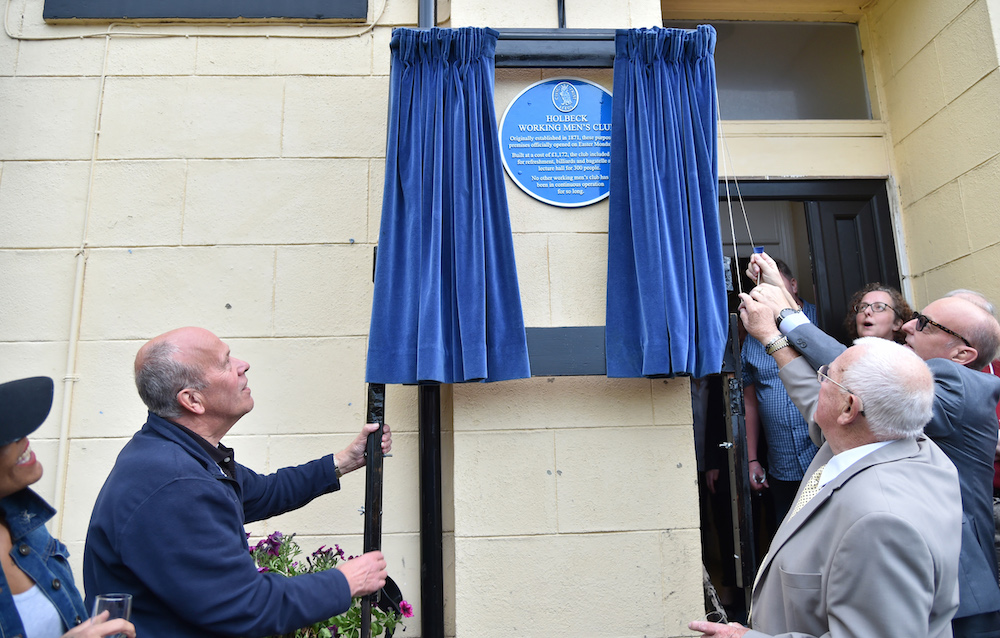 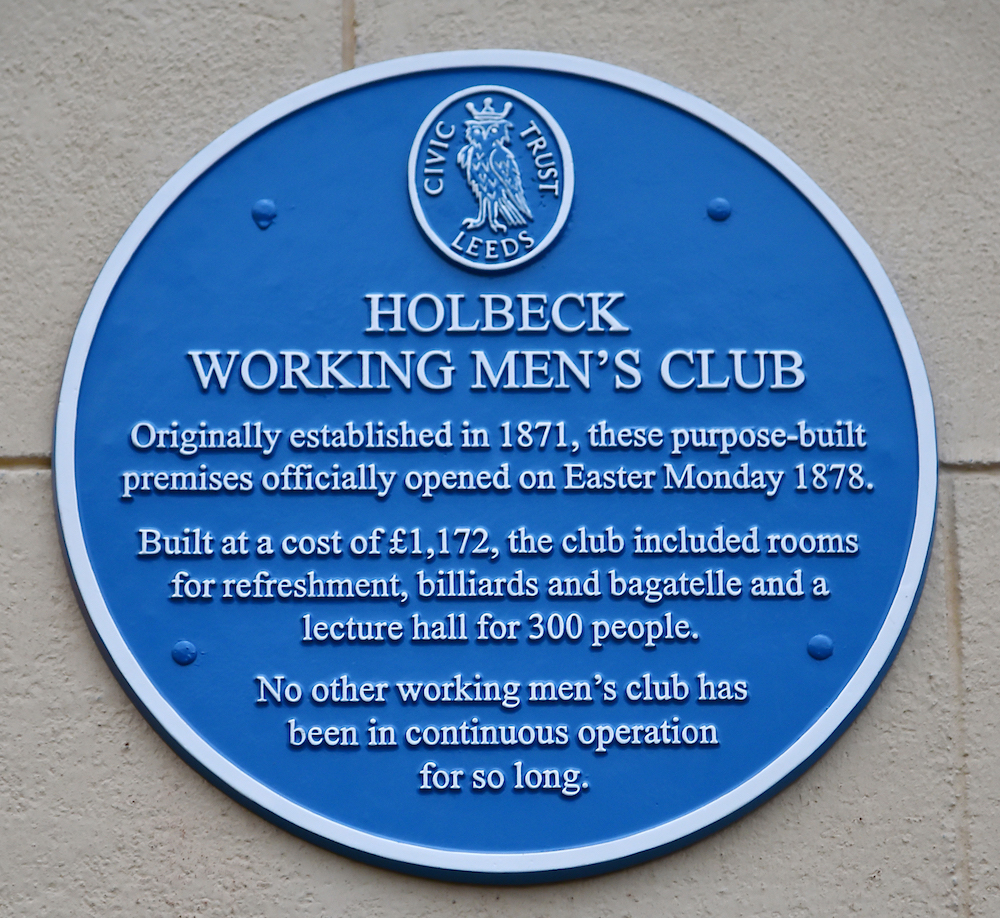 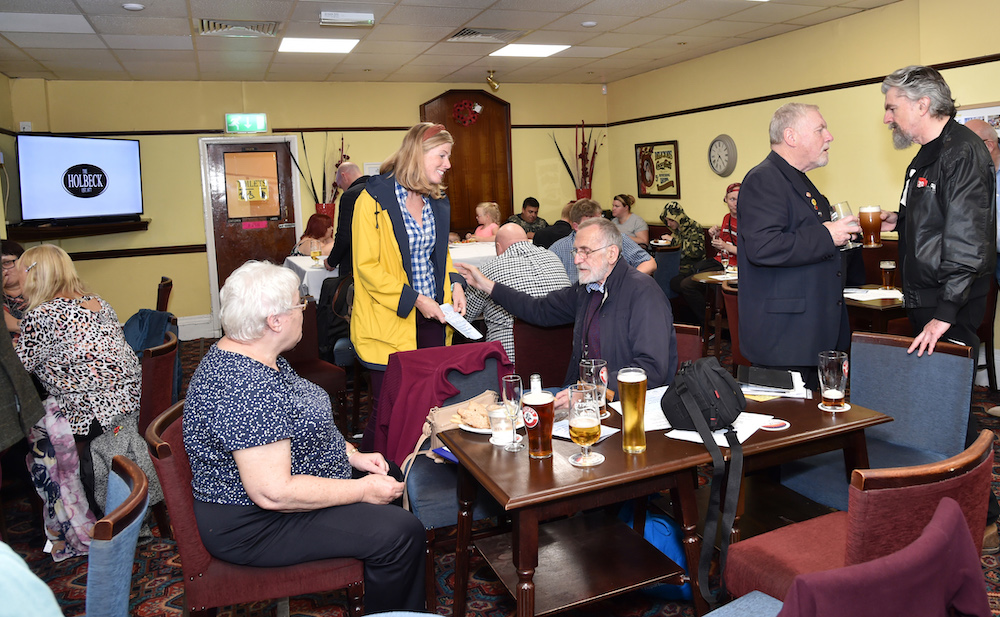 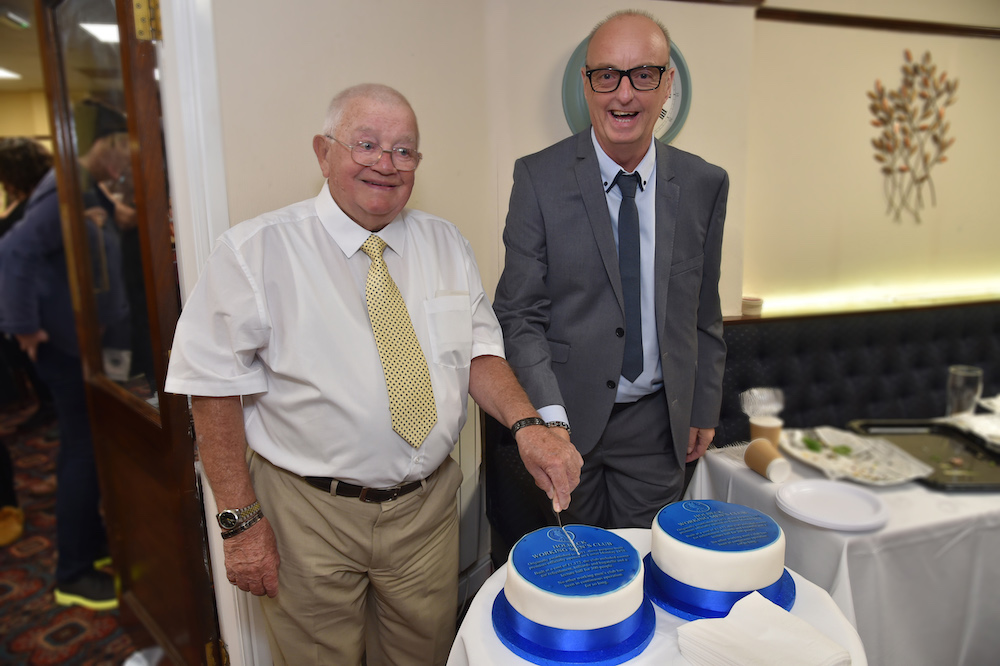 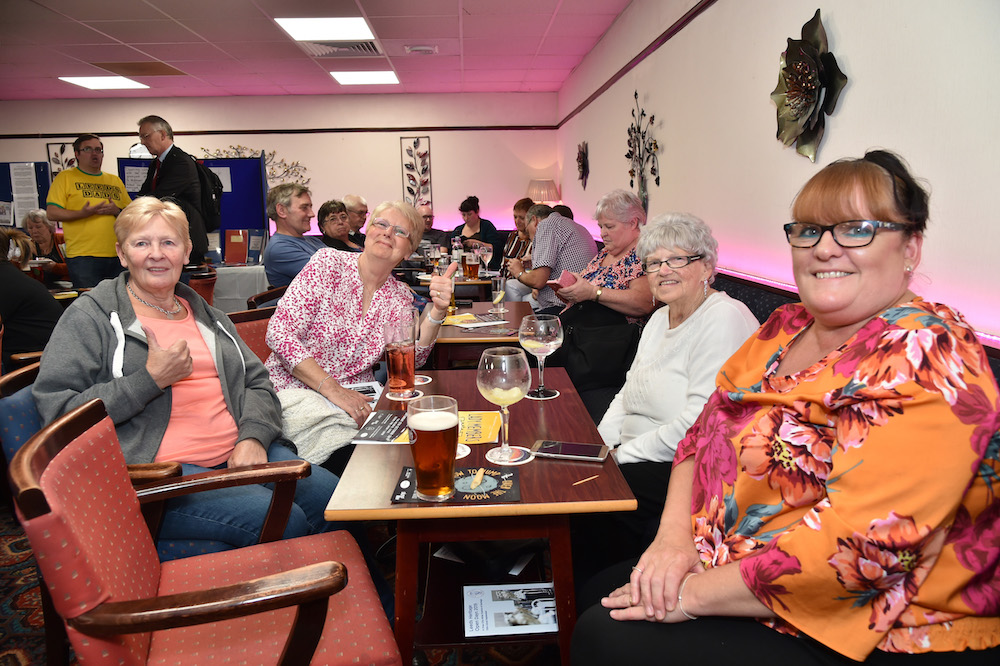 “Built at a cost of £1,172 the club included rooms for refreshment, billiards and bagatelle and a lecture hall for 300 people.

“No other working men’s club has been in continuous operation for so long.”

The club was originally formed to help to educate working men through classes in addition to social and community activities.  Bars were introduced as a way of making money to plough back into their educational activities.

The club recently found a new lease of life when Slung Low theatre and community college made it their home – thus bringing education back as one of its key uses.

“People often complain that blue plaques are given to ‘worthies’ at the top of their profession but the workers who put in the hours to give them that status are often forgotten. This plaque is an opportunity to correct that.”

“The Blue Plaque is a massive moment for the community. It’s rare for working class culture to be honoured in this way and this plaque is a clear tribute to the collective effort that the whole community.

Back in 2014 South Leeds Life reported on how members had taken over the running of the club as volunteers to save it from bankruptcy. Then last year, as part of Slung Low’s move to The Holbeck, they cleared the club’s historic debt and took over the day to day running  of the club.

Sitting in the same seats that the buggers always had;

You can see the smoky shape of grandad’s Brylcreme on the wall.

For hours in the freezing cold and folks might not believe

That we had waiters serving drinks; the concert room was full

Of people laughing, dancing, life was never ever dull

And workers wiped the dirt off, put on their frocks and ties

And laughed away the weekend with ale and tunes and pies

And the idea of a club is that people get together

Help each other through the sunshine and the heavy weather

We all need a palace but this palace almost fell

This building and its history could have been an empty shell

And all these different people made themselves into a team

And the waiters fade, the big turns end, but Holbeck carries on

The oldest club in England, the doors still open wide

A matter of survival? Yes, but here’s the thing: it’s pride

Makes Holbeck what it is and a willingness to say

And let’s march on together: we are Holbeck, we are strong

I’ll tell you what: If we could sing we’d make this poem a song!