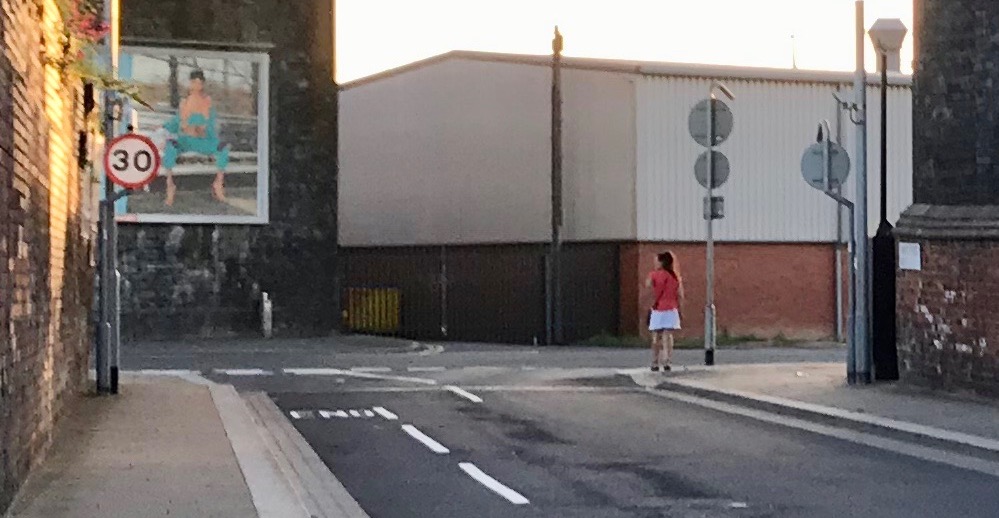 The Holbeck ‘Managed Approach’ (also known as the ‘Managed Zone’) has faced renewed pressure and attention this summer – from local campaigners and the national press.

And whilst the scheme seems secure for the time being, the Council insist that it’s under constant review, and that different options might possibly be considered.

Local campaign group Save our Eyes – who are pushing for an end to the Managed Approach (also known as the Managed Zone), the on-street sex work tolerance zone in Holbeck – in July published the harrowing stories of two women who were abducted and raped in the area, but whose attackers in both cases escaped justice by claiming that they thought the women were sex workers.

One of the stories is Sally’s, as told by her aunt. In 2015, Sally – a young women with learning disabilities, then aged 17 – was approached at a bus stop in Beeston on a weekday afternoon, bundled into a car, and raped in a nearby home. With DNA evidence, the attacker was quickly arrested, and prosecuted in court. However, during a gruelling court case which saw Sally forced into a cross-examination, the defence lawyer argued that his client had simply mistaken Sally for a sex worker, and he walked free.

“Holbeck is the only area in Leeds where men can abduct and rape local women and get away with it, by simply claiming ‘I thought she was a prostitute!’ After the trial, Sally completely lost her way in life, and she’s lost touch with us. I’m still so angry.”

The second story is Alice’s. A previous victim of domestic abuse, Alice moved into a hostel in Holbeck, where she was repeatedly approached by kerb crawlers. Then in May this year, a gang of men manhandled her into a car, refused to believe she wasn’t a sex worker, and took her to a nearby house, where one of the men raped her. With DNA evidence, the attacker was quickly arrested, but again (supported by the testimonies of his friends) argued for mistaken identity, and was not even prosecuted.

“The ‘Managed Approach’ is supposed to make women safer, but in reality it puts women at risk because perverts and rapists are drawn to the area and made much bolder by the policy. I’m left not even 30 years old with a broken heart and a broken life. I have to live with the consequences of the failure of the ‘Managed Approach’, and I want people to understand what is really going on.”

West Yorkshire Police declined to comment on Sally’s case, but local people involved in the case told us that officers at that time seemed as shocked as anyone else that it hadn’t led to a successful prosecution. The Police gave us a limited official response on Alice’s case – that “all the available evidence was reviewed, and it was determined that no further action would be taken” – leading local campaigners to speculate that the failure to prosecute Sally’s attacker has created a precedent that similar cases are also seen as likely to collapse, so not even progressed by the Crown Prosecution Service.

“Sally and Alice’s experiences, and those of many other local people, show how grossly distorted things have become in Holbeck. What’s more, all our research tells us that the women who are actually prostitutes are vulnerable, being preyed upon, trapped in a criminal racket, and being treated like slaves.”

Against the backdrop of these stories (available to read at www.saveoureyes.co.uk), and the ongoing events and impact of the scheme, local campaigners and residents have held two on-street protests, and are planning more for the autumn. All this has led to a surge of interest on social media – with heated opinions for and against the scheme. And the mainstream media, local and national – including the Sun, the Daily Telegraph, the Independent, the YEP, and Leeds Live – have also all recently run major stories.

A spokesperson for Safer Leeds – a partnership between Leeds City Council and West Yorkshire Police, overseeing the scheme – responded as follows:

“The Managed Approach was introduced to find a long-term solution to the complexities of street based sex work in Holbeck, where it has remained a prominent issue for many years. As part of our ongoing commitment to listen to the community, and to reduce local impact, aspects of the Managed Approach have evolved over time. But there is still a lot that needs to be done. We will continue our dialogue with local representatives – and the work on the Managed Approach is under continuous review, to ensure it’s meeting our aims as far as possible. If this is not the case, further steps will be taken, and further options considered.”

And Gemma Scire, the CEO for Basis Yorkshire – a local charity supporting vulnerable women, including sex workers – has also spoken out, insisting that women everywhere need protection – and that Basis works to that end, not simply for the Managed Approach itself. She also provided us with a lengthy response to Sally and Alice’s stories, which we have reproduced in its entirety (see below).

In it, Gemma stresses that rates of sexual violence nationally are increasing whilst services for women are being drastically cut; and that both Alice and Sally’s stories, in which the perpetrators felt justified – and were indeed legally vindicated – to attack the women, indicate the particular stigma and vulnerabilities faced by women who are selling sex. She stresses the total importance of believing survivors of sexual violence, giving them the support they need, and having a criminal justice system that responds compassionately and justly to them.”

The Holbeck Managed Approach was conceived in 2014, initially as a pilot, and later extended. It permits on-street sex work in a light industrial area between residential Holbeck and the city centre, with the Council and Police putting in extra resource to manage it.

Supporters argue that it is enabling better long-term work with the sex workers, which will improve the situation for everyone. But residents argue that it’s spiralling out of control, and that it is having an unbearable impact on the local community.

Save Our Eyes next protest on Holbeck Moor is scheduled for Tuesday 4 September from 5pm.

For more information on Safer Leeds, visit www.leeds.gov.uk/safterleeds. For urgent issues relating to the scheme, call the dedicated police hotline on 07534 309568; for non-urgent issues, phone 101 or email InnerSouth@westyorkshire.pnn.police.uk. For waste and litter issues, contact the Council street cleansing team on (0113) 222 4406, or email sseaction@leeds.gov.uk.

For more information on Basis Yorkshire, visit: basisyorkshire.org.uk. And for more info on Save our Eyes, visit saveoureyes.org.uk.

The fact that dangerous offenders will target women with additional vulnerabilities is sickening, and as we know all too well in Leeds and Yorkshire, women selling sex on street have been targeted disproportionately, with perpetrators largely acting with impunity in the past. We know that Peter Sutcliffe targeted women from all walks of life, but particularly sex workers as he (and other perpetrators) have known that far from being protected, sex workers have been treated as offenders themselves. As the statistics from 2013 show, 93% of crimes experienced by women on street would not have been reported to the Police, leaving offenders at large and charities like ours supporting women to deal with the aftermath. The fact that 3 violent offenders were brought to justice in 2015/6 shows that people described as ‘predatory’ by the judge on the case is testament not just to the Police’s improved relationship with women, but the bravery of the victims themselves. Something not achieved in Leeds before.

That the perpetrators in this case felt additionally justified in targeting a woman because they thought she was a sex worker is a real indicator of the additional stigma that women selling sex face. It’s this stigma that silences women, stops them coming forward and prevents the Police from bringing those perpetrators to justice, protecting both them and the wider community.

What we know from our work with survivors of sexual violence is that being believed and having access to justice is part of the healing process. It continues to be absolutely imperative that we recognise the experience of women who have been victims of sexual violence, they get the specialist support they need, the criminal justice system responds compassionately to victims and justice is served.

3 Replies to “Holbeck sex zone in the spotlight again”