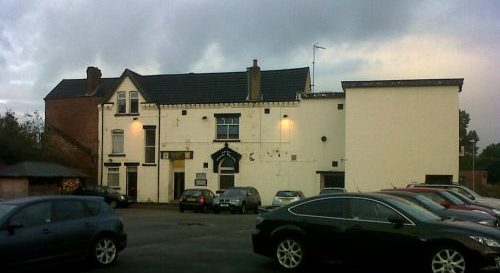 The much-loved Holbeck social club (formerly the Working Men’s Club) is facing a considerable uphill struggle in the coming months to keep their doors open, having this week been hit with a £28,000 bill to urgently clear out asbestos from the premises.

The club is reputedly the oldest WMC in the country, having first opened in 1871, before moving to its current site on Jenkinson Lawn (just off Holbeck Moor Road) in 1877 – and plans for their 140th anniversary celebrations next year are already in the pipeline. Indeed, the club has much to celebrate nowadays: it was wracked with debt just five years ago, making a loss of £30,000 per year at the time. But a local volunteer-led take-over in 2012 has seen the club start to thrive again, with a booming and active membership (now 300+), a growing number of events and bookings – and financial stability, just.

However, that’s all been thrown into potential jeopardy by a recent survey that brought to light the presence of asbestos in several key parts of the building. Asbestos was a common building material until the 1990s, but has since been linked with a range of serious lung and respiratory diseases, and is no longer used; it typically presents no danger if left undisturbed, but is normally removed from public buildings where possible.

The committee last week gathered quotes for the work, and were appalled to learn that it would cost at least £28,000 – with some quotes coming in as high as £50,000. They therefore held an emergency meeting yesterday (Sunday 30 October 2016) – and have set themselves the ambitious challenge of raising at least £10,000, to start the work, by the time of the Annual General Meeting in February.

“It’s been remarkable to see the way in which people have pulled together to turn the club around these past years. We’re one big community, running this place together – so this news has been a massive blow, it could easily wipe us out. We’re appealing to all the members, local residents, or anyone to help us survive. We can’t lose this amazing community venue.”

For full info on how to support, click here, or call Ian direct on 07830 665016. The committee are especially appealing for donations or direct debits – and new members are always welcome, at just £5 per year. Contact from building contractors able to help fulfil the work at reduced cost would also be very welcome.

In the meantime, the club very much remains open for business – with events including wrestling (next one on Saturday 3 December), family film nights, weekly quizzes and bingo, community parties, and more. Bookings on the different rooms, including the large event space upstairs, are also always welcome. Full contact info here, or drop in anytime.

The club has set up a Just Giving page for donations: https://www.justgiving.com/crowdfunding/SavetheHolbeckWMC