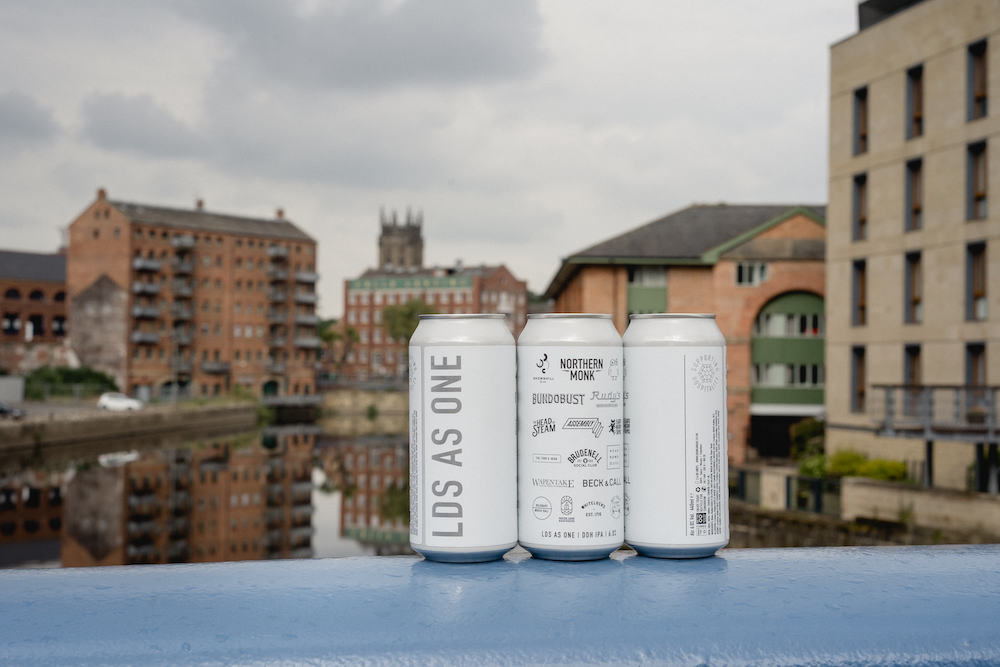 Northern Monk brewery has released a beer in support of hospitality venues across Leeds city centre. The hospitality sector is one of the hardest hit by Covid-19, due to the enforced closure of all bars and restaurants. Now venues across the city are starting to reopen, Northern Monk has released LDS AS ONE, and has split the stock of this beer across 17 city centre venues, with all proceeds from the sales of the beer going back into Leeds’ hospitality sector.

LDS AS ONE was born out of a drive to help the recovery and regeneration of Leeds’ hospitality sector now government restrictions regarding the opening of bars and restaurants are lifting. Northern Monk has partnered with 17 venues located in Leeds city centre, all of which have supported and stocked Northern Monk beer over the years. All cans have been shared between the 17 participating venues at no cost, and it’s down to the venues themselves to decide what they do with their allocation of beer. The sites were given the option of selling the cans themselves if the venues are open, with them keeping all proceeds, or Northern Monk could sell the cans on behalf of the venues, and then donate the proceeds back. Alternatively, the venues can gift the beer to their furloughed staff members.

The beer itself is an exclusive release 6% double-dry hopped IPA. The label design showcases a map of Leeds city centre featuring all of the participating venues on the reverse of Northern Monk’s signature peel and reveal can labels. The beer has been brewed at Northern’s Monk’s base in the Old Flax Store at Marshall’s Mill, off Water Lane in Holbeck. 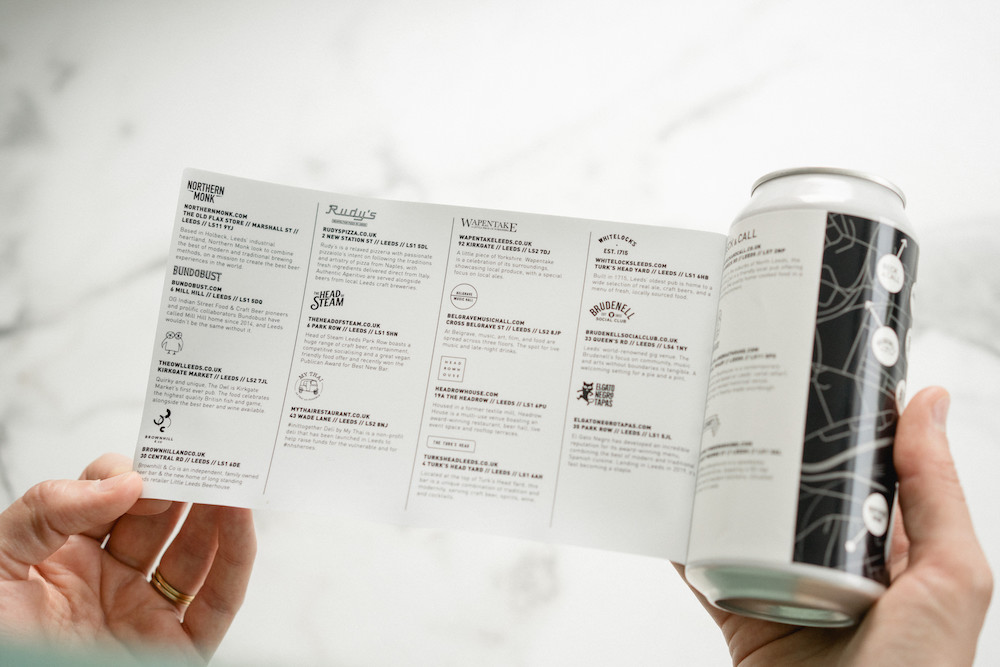 Since starting up in 2013, Northern Monk has maintained a keen focus on community values. Last year, the brewery set up the For The North Foundation, a grant scheme that aims to give out quarterly £5000 grants to causes and community projects in the North, that share the brewery’s passion for creating positive change across the North. Northern Monk has already given grants to local charities and causes Meanwood Valley Urban Farm, St Luke’s Cares, Rooted, Leeds BME Hub and The Racial Justice Network.

“Community is at the heart of what we do. Supporting local causes as we’ve grown has always been massively important to us. Whether this is through the For The North Foundation, by supporting the fellow independents that make up our city, or via community fundraising projects, we’re committed to always giving back where we can. LDS AS ONE is a token of our appreciation for those that have supported our journey so far, helping theirs on its way at a time when it’s really needed. Our industry has been flipped upside down over the course of the last four months, and we’re determined to help rebuild our local hospitality scene.”

Cans are available to purchase from the participating venues and at Northern Monk Refectory LDS now.