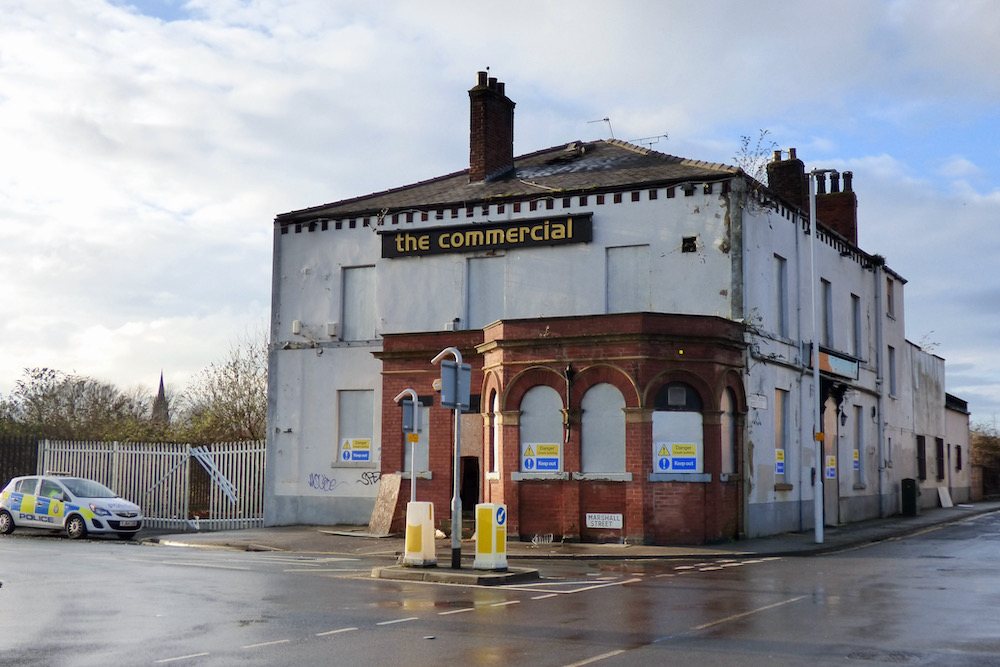 The Commercial pub on Sweet Street in Holbeck was the scene of a substantial fire last night (2 January 2021).

The fire damaged both floors of the derelict two storey building. West Yorkshire Fire & Rescue Service were called at 7:10pm and seven appliances from across Leeds attended the incident including one aerial unit.

More recently famous for being owned by Leeds United legend Peter Lorimer, the pub has a long history, but is not a listed building. The Commercial Hotel accommodated the first national office of the train drivers’ union ASLEF from 1881, being close the Holbeck Engine Depot. The blue plaque commemorating this fact was removed for safe keeping by Leeds Civic Trust some years ago when the pub was closed, it is currently in the care of Middleton Railway.