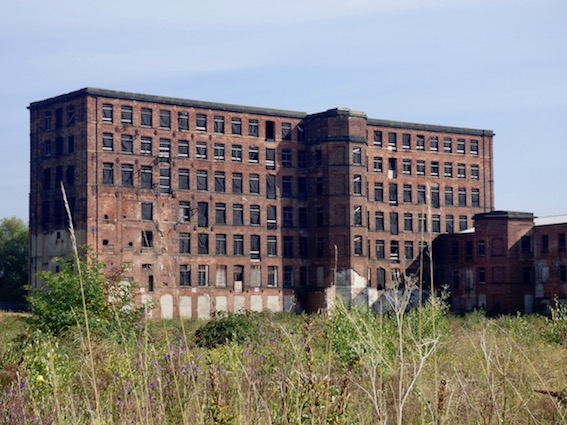 A meeting of Leeds City Council’s Joint Plans Panel will receive a report this week on the state of heritage buildings at risk from neglect and decay in Leeds.

There are 97 buildings at risk, representing 4% of listed buildings across the city. Priority is being given to the “big five” including Stank Hall Barn, Hunslet Mill and Temple Works all in South Leeds.

As previously reported, survey work at Stank Hall has revealed the Halls to be older than previously thought. Leeds City Council own the buildings and are preparing a prospectus to sell the site for a “sustainable new use.”

Earlier this year the Council confirmed that consent for work at Hunslet Mill was still valid. The plans would see the complex developed for housing, retail and leisure uses, but there has been no indication that work is likely to commence soon. The report talks about a project team looking at a sustainable new use and commissioning valuation and condition reports.

Temple Works was due to be purchased and refurbished as part of Burberry’s plans to move their manufacturing operations to Holbeck. This has been put on hold since the EU referendum and there has been now progress at Temple Works. The report mention urgent works to the roof to prevent further water penetration.

The full list of buildings at risk in LS10 and LS11 is as follows:

The Joint Plans Panel meets at Leeds Civic Hall on Thursday 22 June 2017 at 1:30pm. The meeting is open to the public. You can read the full report here.

One Reply to “Historic buildings at risk to be discussed”