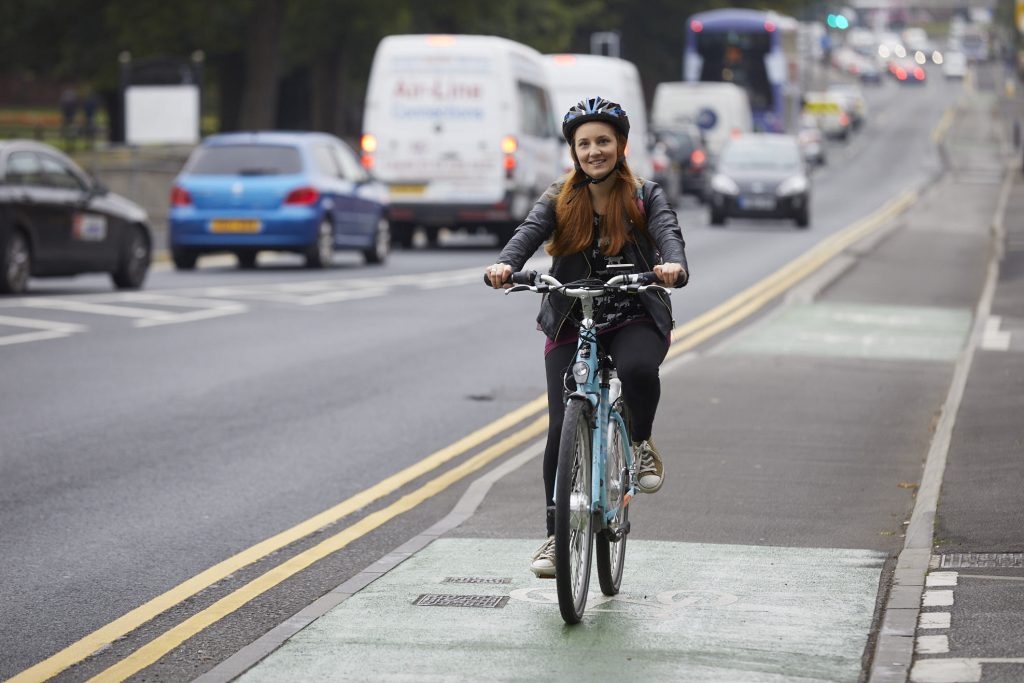 People are being asked for their views on plans for £6.5m of new cycling routes in Leeds, as part of the West Yorkshire Combined Authority’s CityConnect programme aimed at encouraging more people to travel by bike or on foot in partnership with Leeds City Council.

In the south of the city, plans include a new 3km segregated cycle superhighway between Elland Road Park and Ride and the city centre, and extending the existing segregated cycle route on Dewsbury Road with a 1.5km section of new route between Garnet Road and Beeston Ring Road.

“These important schemes will provide communities in Beeston, Holbeck and Hunslet with high quality cycling routes, making it easier for more people to access training, employment and leisure opportunities by bike.

“The Dewsbury Road scheme will provide an important missing link in the existing cycle network to create a continuous 4.4km segregated route for south Leeds, extending to the popular Leeds Urban Bike Park in Middleton, which is a great day out for the whole family.

“We know encouraging more of us to travel by bike or on foot not only boosts people’s health and saves individual’s money, it also brings wider environmental and economic benefits for us all, which is why we want to make cycling and walking a natural choice for short, everyday journeys.”

“It’s great to see these plans for new segregated cycle routes south of the city connecting Beeston, Holbeck, Hunslet and the city centre, as well as important work on Clay Pit Lane and Meanwood Road. Every new piece of segregated cycleway in Leeds gets us nearer the 500 miles of cycle network we want to see right across the city.

“These new routes play a major part in our long-term Leeds Cycling Starts Here ambition in providing safe routes across the city to allow more people to make the switch to cycling and get the many benefits it offers – and in turn reducing the number of cars in these congested areas.

“I look forward to people having their say and hearing their views on these proposals.”

The plans for all three schemes are available to view online at www.yourvoice.westyorks-ca.gov.uk from today (12 August) and people are invited to comment before Sunday 29 September 2019.

Public drop-in sessions will be held for the Elland Road and Dewsbury Road schemes as follows:

View the plans for these schemes online at www.yourvoice.westyorks-ca.gov.uk/south-leeds-cycle-improvements.