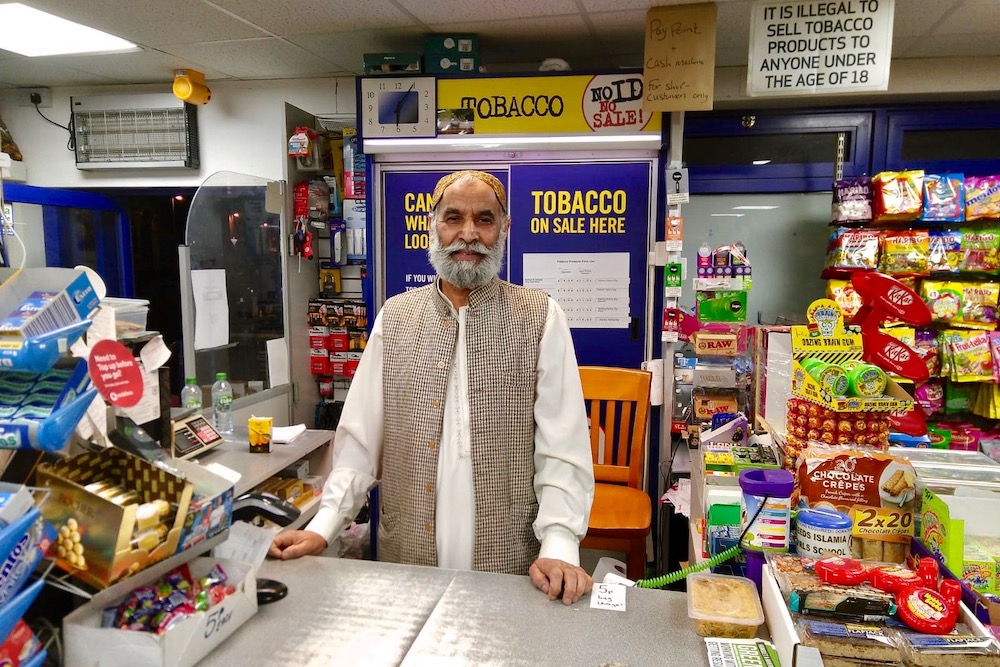 An elderly shopkeeper in Beeston Hill is being hailed as a hero, after successfully thwarting an attempted robbery, and even detaining the culprit for arrest.

Raja Ejaz Hussain, 69, co-runs Raja Brothers on Lodge Lane in Beeston – and was working alone in the store on Thursday evening (27 August 2020). An individual posing as a customer reached across and grabbed cash from the till, then attempted to flee; but Mr Raja sprung into action, raced around the counter to grab him, then restrained him for several minutes until others came to help. The incident was captured on the shop’s CCTV.

No one was injured during the event, although it is alleged that the perpetrator had a large knife that he did not use. West Yorkshire Police attended after 10 minutes, and arrested one male in connection with the incident; he has now been bailed pending further investigation.

“I didn’t want to fight, and in fact – once I’d caught him – he was begging me to let him go. But if I had let him go, he might have gone and done the same or worse to someone else. I didn’t think about it, but I had to take action.”

“Ejaz is an active community elder and local businessman, and I and many others commend his bravery and courage. Thanks also to West Yorkshire Police for reaching the crime scene in time, arresting the suspect, and reassuring members of the community who felt deeply concerned and fearful after this incident. Average crime figures in our city and area have gone down the past six months or so, but we still need to remain vigilant.”

Anyone with information relating to this incident is asked to contact West Yorkshire Police on 101, quoting crime reference 13200432187.