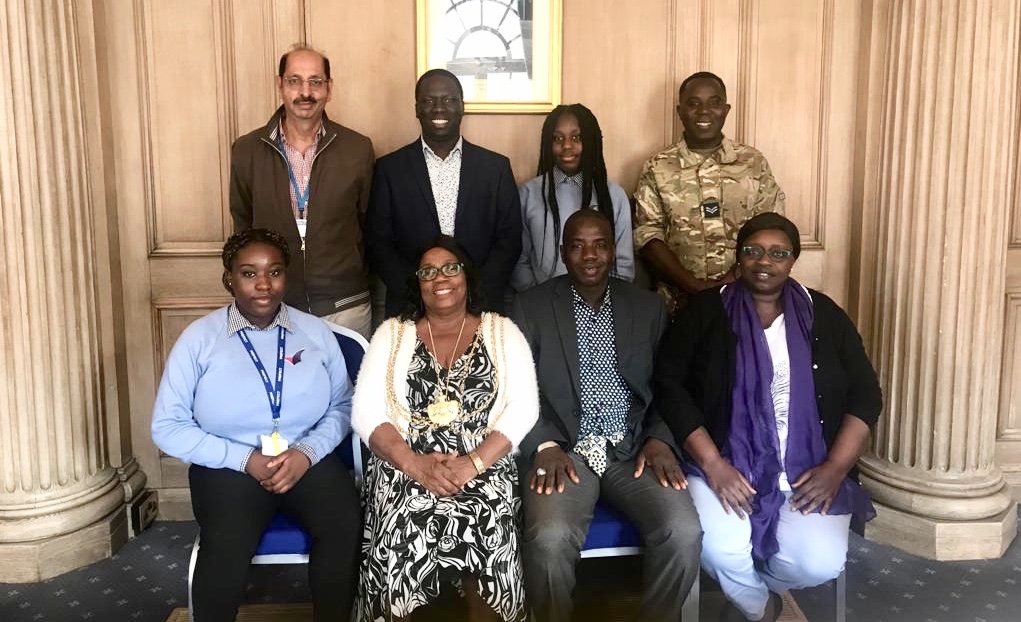 Basse is situation at the Eastern part of The Gambia and it’s the country’s second capital; administrative capital of Upper River Region and a thriving business centre linking with the neighbouring Senegal and beyond.

Councillor Kanuteh brought with him greetings from the Smiling Coast, as The Gambia is known. He congratulated the Lord Mayor on her recent historic appointment as the first black mayor of the city. He also expressed his gratitude to Leeds City Council for the warm welcome accorded to him and his friends who accompanied him to the council and thanked the council on behalf of the Gambian citizens living in Leeds, to whom Leeds is now their home.

Leeds City Council has always been supportive to the Gambian community in Leeds and the city has a large presence of people from the Basse region so meeting the Lord Mayor was instrumental and monumental in showing appreciation to the leadership of the council.

“My visit to your lordship the Lord Mayor of Leeds City Council was a red letter one from all angles.

“A warm reception was accorded, and I use that medium to thank her lordship and council for beautifully taken care of our Basse native’s and Gambians in a broader picture here in Leeds.”

The Lord Mayor also highlighted the work Leeds City Council is undertaking for example investing in community projects, good governance, social housing, schools, recreational parks and healthcare. Councillor Kanuteh was hugely impressed with the work Leeds City Council is doing and hoped to implement these good practices when he returned to Basse.

Also discussed was dedication, management of time and ways of increasing revenue collection and waste management and Councillor Kanuteh is looking forward to implementing them when he returned.