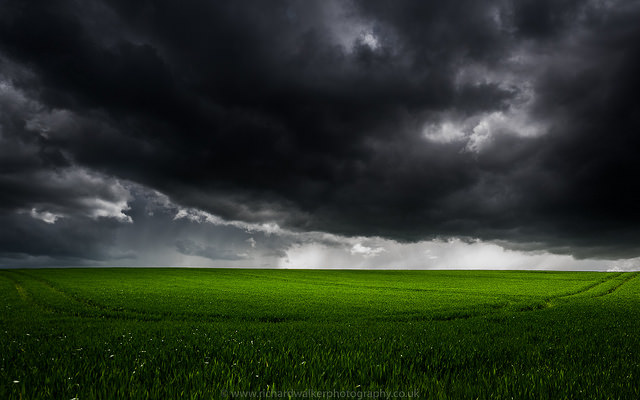 This article is part of the fracking series put together by Frack Free LS26.

Hutton Energy has recently bought the license to complete exploratory fracking drills across south Leeds, including in Middleton and Belle Isle, and much of the surrounding area. This series of articles hopes to educate people about the risks of fracking, and to encourage people to support the local community campaigns against the industry.

It is widely accepted today that global warming is occurring, and that it is as a result of certain gases that trap heat within the atmosphere. These gasses are known as greenhouse gases and include carbon dioxide and methane. Of these methane is up to 34 times more damaging than carbon dioxide.

Deep underground there are layers of rock with pockets of gases. Hydraulic fracturing, or fracking, is a process that involves pumping sand, water and chemicals into these rocks underground to break them apart, so that the pockets of gas can be collected up and used to create electricity.

It is often stated that fracking is cleaner that burning coal, since burning gas releases less carbon dioxide into the atmosphere than burning coal does. However, this does not compare the industries as a whole. Research from East Texas and North Dakota shows that 9-10% of fracking wells leak methane. A report published by the National Academy of Sciences in the US stated natural gas as an energy source for electricity production is less of a contributor to global warming than coal only if less than 3.2 percent of methane escapes during production. Recent measurements estimate that up to 17.3 percent of methane escapes so fracking is as bad as, or worse, than coal in accelerating the affects of climate change.

It should be pointed out that both gas and coal contribute to global warming and that ideally we shouldn’t use either to create electricity. Frack Free are campaigning the government to focus on transferring from coal and gas to renewable energy, such as solar or wind. There are two ways that they are campaigning for this:

Please look out for future articles in the Fracking series.

If you are interested in participating in the Anti-fracking campaigns please join one of the following:

Frack Free Leeds (also the point of call if you want to set up a local group): frackfreeleeds@gmail.com; www.facebook.com/FrackFreeLeeds/

If you’re an engineer (all disciplines welcome) please join a new venture to get a national, professional campaign against fracking. Engineers against Fracking: www.facebook.com/Engineers-against-fracking-930181560397829/

This post was written by Becky Ford using our Create an article for South Leeds Life page.

One Reply to “Fracking and climate change”