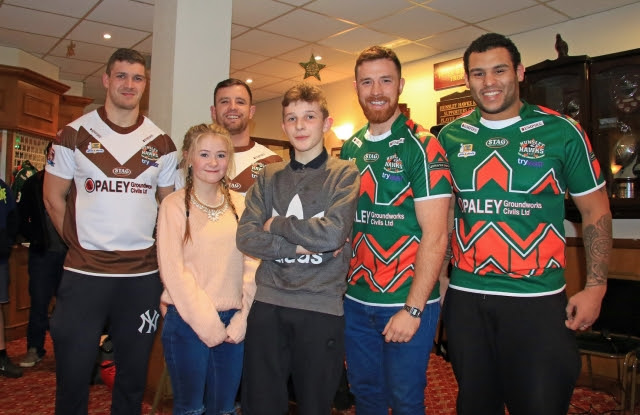 Thursday 18th February will see the return of a number of Hunslet’s favourite sons to the Phoenix.

Ex-players, including legends Graham King and Steve Pryce, will be on hand to present the “Class of 2016” with their shirts for the new season. They will be joined by Bryan Murrell, Kenny Sykes, Ray Abbey and Jimmy Brogden  for this Thursday’s shirt presentation evening.

Hawks supporter Fiona Galloway will host the evening and will be reminiscing with the legends on their time at Hunslet as well as gaining the views of Head Coach Matt Bramald and the current squad on the season ahead.

Matt will also be announcing who has the honour of captaining our club this season.

Director Peter Jarvis said “To play for Hunslet is something special and events like this will reinforce that.  It is also a “thank you” to our loyal supporters and sponsors who continue to keep the great name of Hunslet alive”.

The Club would like to thank supporters Paul Johnson, who will be on hand to take photographs of player sponsors with their player, and John Clayton for providing the disco.

With Kenny and Stevo both in attendance it will be interesting to see who leads the singing of the club anthem at the end of the night.

The evening starts at 7.30pm and a free buffet will be provided. So make sure you get along to what promises to be a special night in the Phoenix.