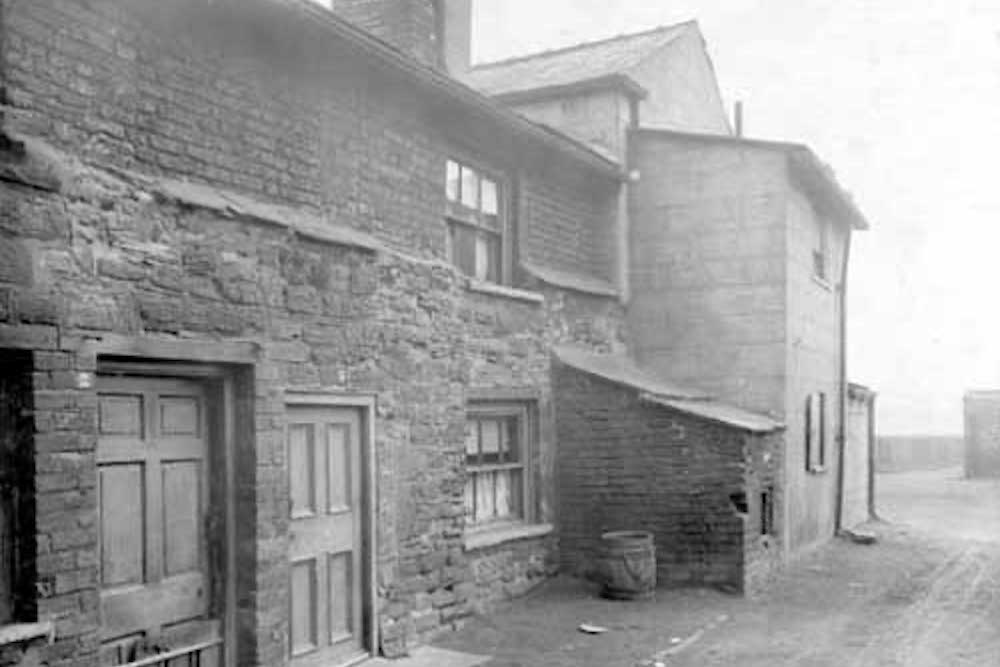 On Wednesday 28 October 1835 an event occurred that shook Holbeck and a wide area around the township of Leeds. The disaster was in the nature of an explosion in Mrs Maud’s Fold, Holbeck Lane at the home of William Wood, a firework maker.

It occurred at about a quarter past seven in the evening. This led to the destruction of three houses and damage to several other buildings, but worst of all the loss of nine lives. It can be seen by the date that this was on the run-up to Bonfire Night and William Wood and his staff would have been working from eight in the morning until midnight.

On the evening in question at least one employee was working late at Wood’s cottage, Susannah Dockray, she was one of several local girls who were paid one penny an hour by Wood to make ‘squibs’ and other fireworks. The law forbade manufacturers from storing more than 50lb of gunpowder in one place. Wood, probably in anticipation of a rush come the Guy Fawkes festivities, had stockpiled more than 130lb.

Susannah was working by candlelight in an upstairs room priming ‘squibs’. At the end of her shift she went to snuff out her candle, usually this was done using a pair of scissors and the guttering candle loosed off a spark. Whether Susannah did not know, or had forgotten, but the room was crammed with one and a half barrels of gunpowder and already finished ‘squibs’. When the ‘squibs’ ignited she attempted to beat them out but had no success, and her dress having caught fire, she ran down the stairs.

Downstairs and unaware of the happenings upstairs Wood’s wife Hannah was in the parlour talking to her daughter, also called Hannah, and a neighbour Mary Stephenson who was nursing her baby son Joseph as they talked. The first sign they knew of trouble was when a crackling hissing sound was heard and Susannah Dockray burst into the room screaming and engulfed in flames.

Susannah stumbled out of the house still on fire, she was followed by Miss Wood and Mary Stephenson (she lived nearby). Mrs Wood on the other hand ran up the stairs shouting for water and to try and grab the lit explosives to throw them out of the window.

She didn’t make it, barely reaching the threshold of the room in which the explosives were housed before the gunpowder exploded. Wood’s wife was buried under the rubble of their house which was levelled to the ground and every article of furniture was either destroyed by the fire or crushed by rubble, the Stephenson house next door was destroyed and Mary Stephenson and baby Joseph were killed.

The house of the Steads next door to the Woods was also destroyed and both the Steads were severely injured, Mr Stead died from his injuries the next afternoon (Thursday) leaving his wife shattered. Susannah who was in the room when the blaze started was taken to Leeds Infirmary suffering from extensive burns.

Another neighbour, Mrs Walker was also killed but, miraculously, three others in the same house including a three-year old girl escaped.

A James Walker lived in Mrs Maud’s Fold in Holbeck Lane on the opposite side of the yard to Wood’s house, their doors being opposite. He had previously spoken to Wood of the danger and his cavalier practices and had been rebuffed, the constable would take no action nor would the landlord do anything about it.

On the day of the tragedy Walker was weaving in his premises along with William Windsor who was at another loom. Whilst he was working Walker heard a noise of a cracker going off and looking out of the window he saw Wood’s house in flames. He said to Windsor “Will, we must quit directly” at the same time telling everybody downstairs to get out.

He heard a loud report followed by another one, on the second report a barrel of gunpowder flew into the air and the house side blew in and the roof of the house fell in.

To protect himself Walker put his head under the garn (yarn) beams, this kept the rubble from falling on him and Windsor and another man help pull him out from the rubble.

The roof and wall of a maltkiln occupied by a Mr Ambler also on the opposite side of the yard was forced in, but there was no loss of life although the building was badly damaged.

On the 14 November 1850 the Holbeck Explosion Fund was set up to help the families that had suffered from this tragedy.
It would appear that a piece of land near to the south eastern corner of Holbeck Moor and near to Sodom in Holbeck was purchased by the Fund to build four cottages with outbuildings to be occupied by poor persons belonging to the Holbeck Township.

Photo: Mrs Maud’s Fold would have been similar to Back Fold in Beeston (101 Town Street) photographed in 1915  ©Leeds Library & Information Services, via leodis.net

3 Replies to “Firework disaster In Holbeck”