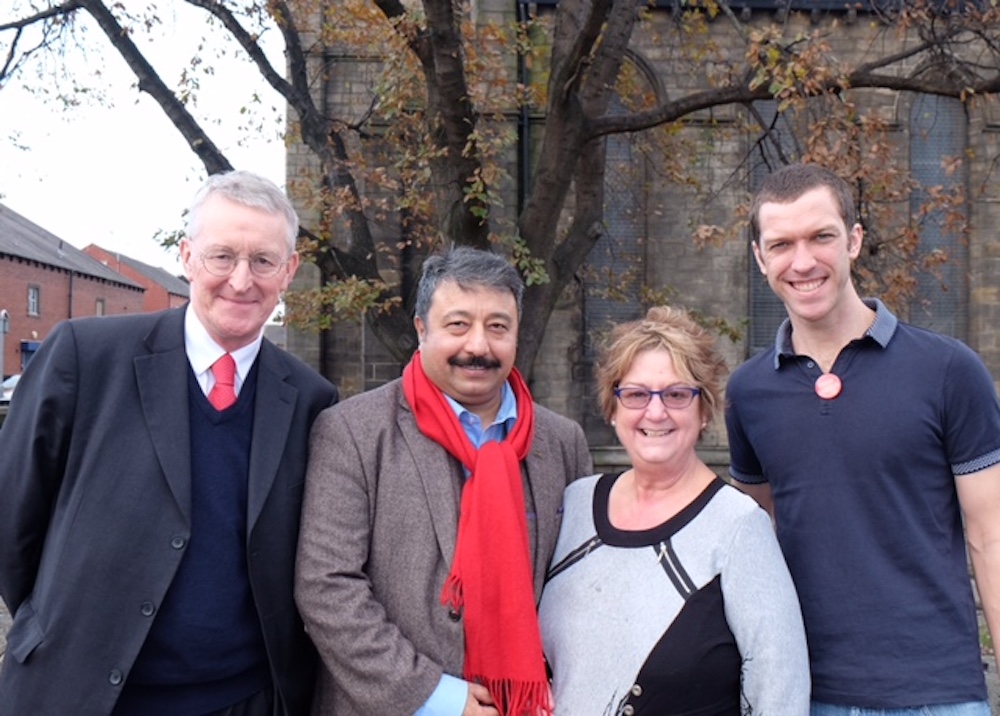 It was June 2018 as I sat at a Beeston Festival committee meeting waiting for people to arrive, and instead of our usual one councillor in attendance, we had four! Why the sudden interest in helping … oh, it’s just been an election and we have three new councillors.

My name is Mark Day and I’ve been involved in organising Beeston Festival since 2014 and am currently committee secretary. I got involved because I wanted to put something back into my community. I’m not a member of any political party.

But back to this sudden influx of councillors, why hadn’t we seen these people before? Which raises the question of “do councilors care?”, or are they just working for political gain? This is a question I have often pondered when seeing councilors at community events. Their actions often seem tainted by ulterior motives.

The primary role of a councilor is to represent their ward and the people who live in it as well as providing a bridge between the community and the council. In this capacity they represent the views and ideology of the community that has voted them into office. There are however, many other roles that councillors may take on, including serving local community events and services.

For 25 years Angela Gabriel has sat on the Beeston Festival committee, for many of them as the Chair. In my opinion, of all the councilors Angela’s intentions are the purest. Angela is part of numerous community groups and helps at loads of events, many of which people don’t even realise. When Angela stops being a councillor I’m confident she will continue to do all of this stuff and probably even more, and hopefully, she will stop getting the misdirected grief from people for doing it.

Andrew Scopes’ involvement on the Beeston Festival committee was short, attending just a few meetings before sharing his decision to not be part of the committee. He explained that he did not want to over-stretch himself by trying to do too much and not be able to give adequate time to Beeston Festival and I very much respect this decision. I have seen many people who have over promised and under delivered and it is much better to not make promises you can’t deliver on in the first place. Andrew supports the festival and I know he is only a phone call away if we need his help.

Paul Wray has continued to serve on the committee and has taken on organising the Children’s and Young people’s activities, a torch that the previous councillor Adam Ogilvie bore for many years. He has really got stuck into helping, and if anything over promised and not delivered everything thing he set out to. But, I think this is Paul’s character in general and he has the best intentions just not the time.

Finally, Gohar Almass. Who you ask? You might have seen a picture of him on social media. And, I am beginning to wonder if that is the only place he exists. Gohar came to a few committee meetings around election time. He now sends his apologies for every meeting and has even asked me to put his name in the minutes when not included. However, just because I don’t see him it does not mean he is not serving the community. As the only Asian councillor in the ward perhaps he is involved more in activities within the Asian community. But, if so, this example shows my ignorance and that there is a divide between the communities, which needs to be broken down.

I do think we have good councillors in our area that, contrary to what a lot of people might think, most are around all the time. They will be at most community events through the year, and yes this does ramp up around election time, but it’s not exclusively then. I see a lot of criticism that they turn up to events after most of the hard work is done and are just there for pictures, and to an extent, I think it’s true. However, as a local representative they are not necessarily expected to do everything but, be available to help those they represent. As long as they don’t make out they are doing more than that, or take the credit for that action, I see no harm in it.

So, why are these new councillors coming along to these events? The cynic in me says it’s for political gain. They are at the beginning of their political careers and want to get re-elected and even move into higher positions. But, I also question how much they gain from attending committee meetings. It’s not in the public eye, and most people don’t realise they are doing it, is it to just put on a campaign leaflet? Do they see it as part of their job? Or, do they truly care about the community and would do it even if they were not a councillor? Events in the public eye often seem very much to be for political gain and their actions are tainted by it. But, how do they avoid people having this view? If they turn up for the first time as a politician it’s hard to do so. However, some of the councillors did do community based activities well before being elected, so is being a councillor a way of extending their community involvement?

That’s not the end of the story though. Back in the meeting I look across the room and see the Green Party candidate, Ed Carlisle. Ed has been on the committee for over 10 years and helps tirelessly with community events across the area. I have yet to meet a community organiser in Leeds who does not know, or has not heard of, Ed. In recent years Ed has been standing as a Green Party councillor candidate with the aim of further improving the community he lives and works so hard in whilst representing a party whose views he shares. This is a sign of character, in an area dominated by Labour ideals, the easy “ticket” would have been to join the Labour Party. And, there is the difference, Ed is wanting to be a councillor to further his community work, not the other way around.

This article raises a lot of questions and I invite the councillors to pass comment on their motivations for being councillors and their involvement in the community.

Follow these links to find details of all the candidates standing in Beeston & Holbeck; Hunslet & Riverside; and Middleton Park wards for the Leeds City Council elections on 2 May 2019.

8 Replies to “Do Councillors Care?”